Any information regarding the budget adopted by the board of trustees for the 2022-23 academic year, including a change in tuition, will be announced "in the future" 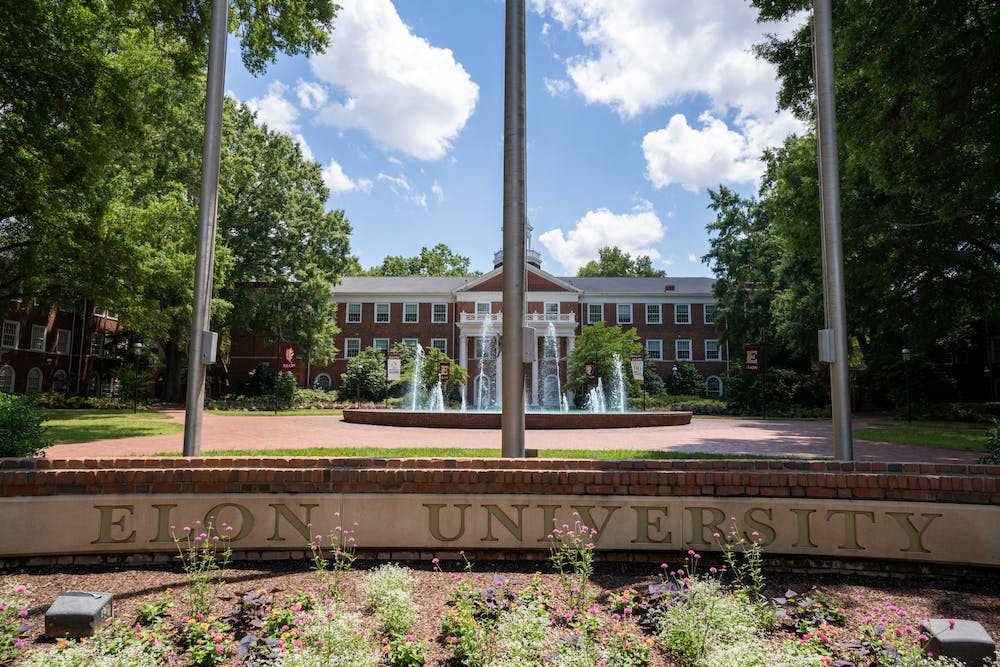 Following the board of trustees meeting, as of Oct. 26, the university has not announced any change in tuition for the 2022-23 school year. According to a university spokesperson, while the board did adopt a budget for next year, the information from the budget will be shared with the Elon community “in the future.”

According to sources familiar with the meeting, the board considered a tuition increase of near 7% for the upcoming year. Last year’s increase was 3.7%.

In a statement to Elon News Network, Chief of Staff and Secretary to the board of Trustees Patrick Noltemeyer wrote information regarding the budget, including tuition, will be available “in the coming weeks, as is our normal practice following [b]oard meetings.”

“Elon has been fortunate to be able to rely upon its reserves to make it through these challenging times, but has also been tasked by the [b]oard with replenishing those reserves in the years ahead,” Noltemeyer wrote.

Freshman Kai Whiteside said an increase in tuition that is as large as 7% -- over $2,000 more -- would mean even more of a financial burden for himself and other students.

“I know some people come from homes that don't have enough, so even to get their child here at this moment was already a struggle,”  Whiteside said. “For them to give even more is kind of crazy.”

Documents from last weekend’s trustees meeting provided to Elon News Network outlined several options for increasing revenue to the university — including increasing enrollment, increasing the amount students pay or decreasing the discount rate, or financial aid. The documents note that decades ago, “the university chose both slow growth and the fiscally responsible model of lower cost and low tuition discounting.”

Freshman Katie Reed said she would like to see Elon offer more scholarships if tuition increases. As a freshman, however, the potential raise is worrying.

“That’s a little scary for the fact that we still have three years left to pay for that,” Reed said.

Universities such as Elon are highly dependent on tuition. Compared with peer institutions, or institutions similar to Elon, the university also has a low overall tuition “discount rate,” which determines how much a university collects in tuition and fees after accounting for financial aid.

Trustee Noel Allen ‘69 said the board looks at many factors when considering the university budget — from income trends to inflationary factors. This year in particular impacted the budgetary process, coming out of such “odd, strange times” as far as the pandemic.

Inflation has increased nationally with the consumer price index rising nearly 5.4% according to the Labor Department, and many institutions of higher education have seen a decrease in giving due to the pandemic, both of which are factors that can impact Elon.

As an alumnus, a parent of an Elon student and a trustee, Allen has seen the budget through multiple perspectives and acknowledges that it is “a balancing act” between student needs and educational resources.

“The school always is sensitive to someone who is in financial hardship, figuring out ways to make it work,” Allen said. “But at the same time, you can't afford to cut back, and lose good quality faculty … that just doesn’t work out in the long run.”

Junior Chloe Durand said she is not concerned about a potential tuition increase, as she is an international student and pays the tuition rate of her home institution. However,  she wishes the university were more transparent with students.

Several members of Elon University’s senior staff declined comment last week on any potential tuition increase, citing it would be premature to discuss tuition increases prior to the board of trustees meeting. Senior staff members also declined to interview in person following the board meeting.

While Allen understands increasing tuition may worry students, he hopes they will understand the greater context of ensuring the quality of an Elon education.

“Things will be up,” Allen said. “But you don’t want to come back to school that you don’t recognize because the quality isn’t there.”