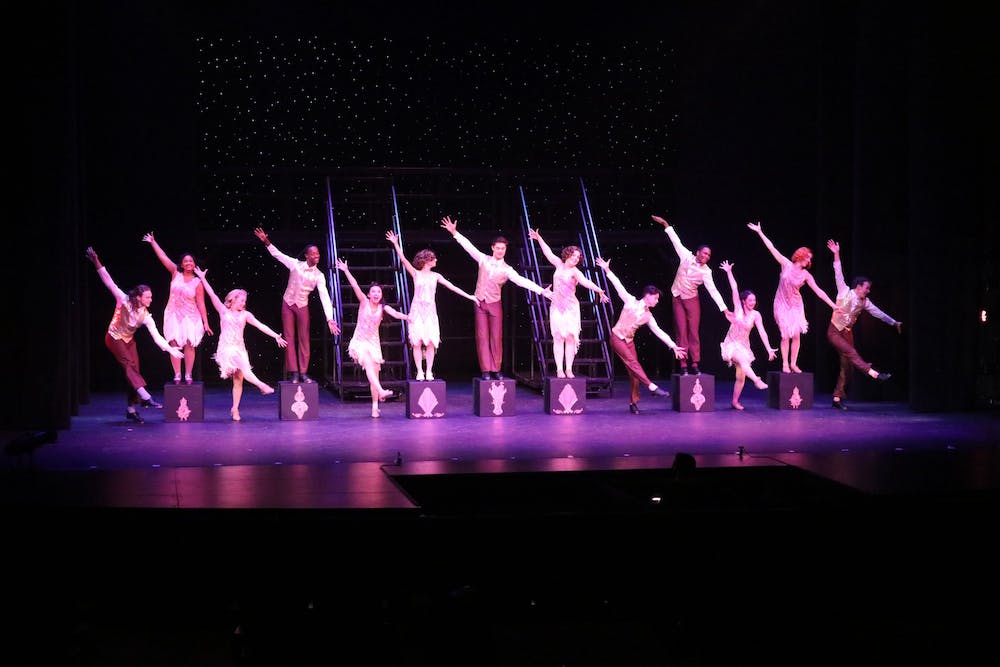 
Elon’s deconstructed version of "42nd Street" will investigate gender norms and other contemporary issues while still being a classic Golden Age musical.

The Elon University performing arts department is presenting its fall musical — “42nd Street” — beginning Oct. 29 and running through Oct. 31. This weekend’s performances consist of two evening shows at 7:30 p.m. and a Sunday matinee at 2 p.m. “42nd Street” will run for a second weekend over Homecoming on Nov. 4 through Nov. 6 with three evening performances all at 7:30 p.m.

“I think a lot of times, there's a lot of focus on those bigger, like individual roles, but especially since this is our first show, really, back from the pandemic, it's sort of a testament to what we can do when we all come together as a community to to create theater,” LeCrone said.

LeCrone said it’s “pretty special” to be performing in front of a live audience again. “42nd Street” tells the story of Peggy Sawyer, a young performer from a small Pennsylvania town trying to get her big break in New York City.

The musical is a 1980 Tony Award-winner for Best Musical and is based on the novel by Bradford Ropes and the 1933 Academy Award-winning musical film. LeCrone plays Julian Marsh, the famous director of the show that Sawyer is cast in.

“This is going to be our first sort of big-scale back in the theater [performance], with smiling faces in the audience so that's really exciting,” LeCrone said.

The show is directed by Alexandra Joye Warren and Chari Arespacochaga, choreographed by Deb Leamy and musical direction is by Chris Rayis.

Tickets are $15 for the general public or free for students with your Phoenix Card, and can be reserved here.