Oak House welcomes back Elon community with an in-person concert, more to come 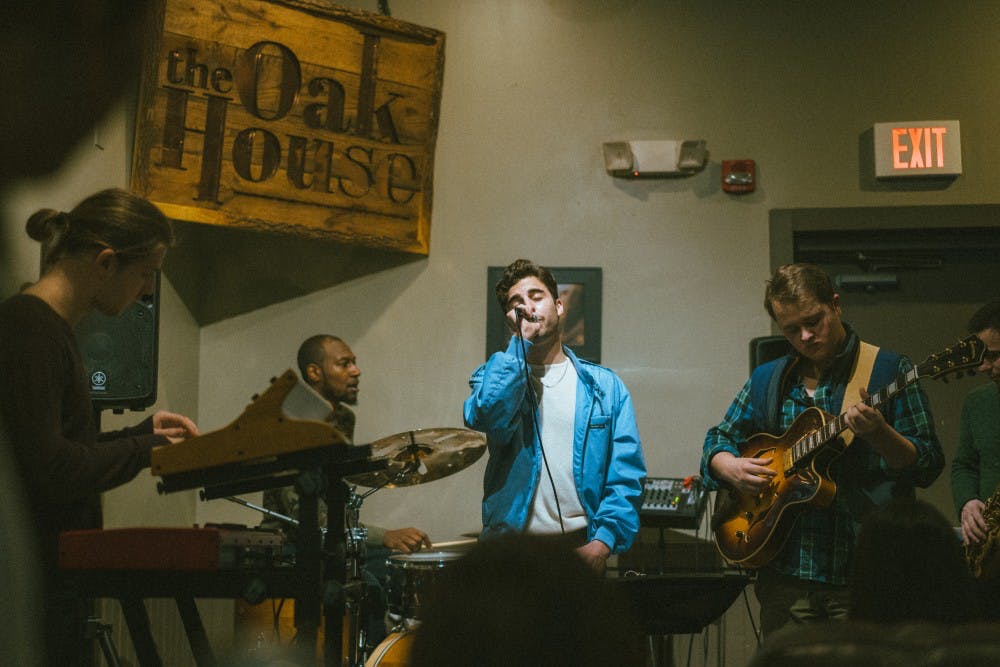 Tanner Mead, whose debut album “Iris” was released in August 2018, performs as Jessie Iris alongside the band Small House at The Oak House on March 8, 2019 [Ian Kunsey].

Sarah Bright was looking for a cup of coffee when she walked into Oak House her first time. But the Elon University freshman had no idea she would also find a place to perform, shedding light on a new opportunity for other students.

“I got coffee the other day and asked if I could play,” Bright said.

Bright entertained a crowd of friends and community members last Friday, August 27th, at 8 p.m. and she said she had plenty of content for her two hour set.

Bright, a music production major from Vienna, Virginia has played guitar since she was a kid. Bright felt very comfortable on stage and was excited to see that her entire floor had shown up.

“I asked my mom if I could take guitar lessons when I was seven, and now I’m still doing it,” Bright said.

She writes songs and plays already written songs that are, “coffee house and relaxed,” and that was the mood during the concert.

The concert itself was a success. The coffee house was filled with people all throughout the shop, many of them Bright’s friends. Some had drinks, some played chess, including one of Bright’s floormates Evan Wu, but they all cheered whenever she finished a song.

“I would take a chance on an immensely small level to get Covid than to live and support a friend,” Wu said.

Since it’s opening, music has played a role in creating the Oak House community, according Manager Phil Smith. The goal, Smith said, is to have people enjoy the music in front of the stage or in the background by the bar.

“People that come for the music, people that want to come and enjoy their coffee and have it in the background,” Smith said.

The Oak House music night gives students like Bright a platform to share their passions. But because of changing COVID-19 guidelines, shows are scheduled on a week by week basis.