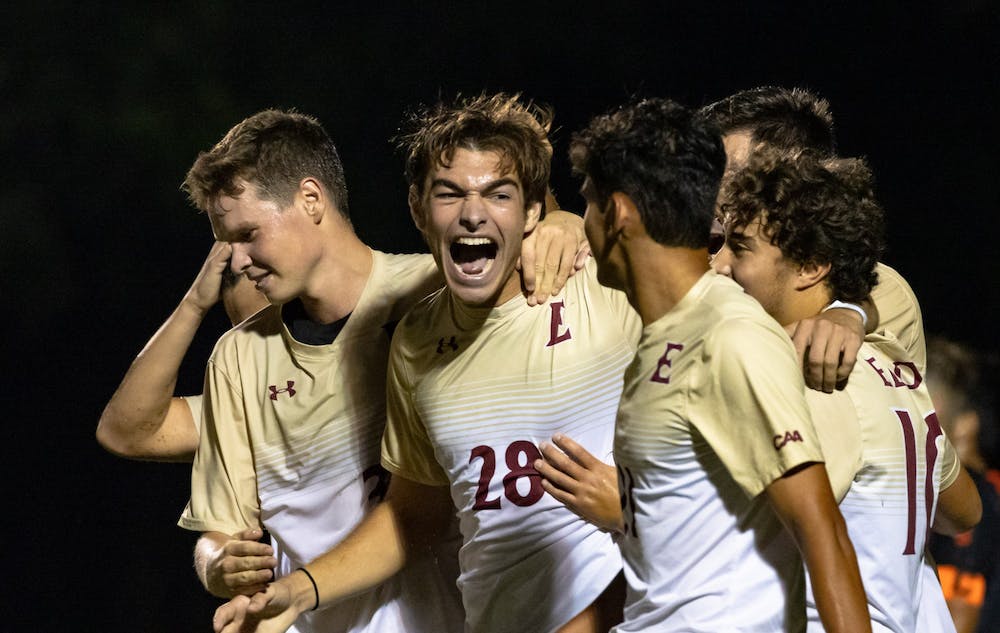 Elon University sophomore Sam Durand got the ball on a crossing pass from sophomore defender Jake Kelly, bounced it off his head, off the far post and into the goal. Durand’s teammates surrounded him to celebrate his first career college goal.

“It felt awesome,” Durand said. “Getting the chance tonight and being able to score, and to have the validation of my teammates was great.”

Going into Wednesday night’s game at Rudd Field, Elon and Campbell shared a head-to-head record of 10-10-1. Behind Durand’s 44th minute goal, the Phoenix took the series lead over the Fighting Camels with a 1-0 victory.

Campbell defender Owen Mikoy got a red card in the 30th minute as he made an aggressive tackle from behind on sophomore forward Victor Stromsen.

The teams were deadlocked for much of the first half. However, in the 40th minute, Durand entered the game, which reinvigorated the Phoenix offense. Durand played a career-high of 27 minutes and contributed two more shots after his goal.

The Phoenix were stout on defense as well, allowing only eight shots all game. Center backs Jannik Videbaek and Vemund Hole Vik helped anchor Elon’s defensive effort, while redshirt junior goalkeeper Peter Wentzel made three saves for his fourth shutout of the season.

“We headed the ball really well. Our two center backs were fantastic in that aspect,” Head Coach Marc Reeves said. “In heading, blocking, organization, leadership, communication, they were really good.”

Reeves felt the team played better when Campbell had 11 men on the field, and said there is room to improve when playing with an advantage.

The Phoenix, now 5-4 on the season, play four of its next five matches on the road beginning on Saturday, Oct. 2 with a Colonial Athletic Association match at Drexel.