Elon’s defense gives up over 300 yards in the first half, allowing the Mountaineers to hold a two possession lead 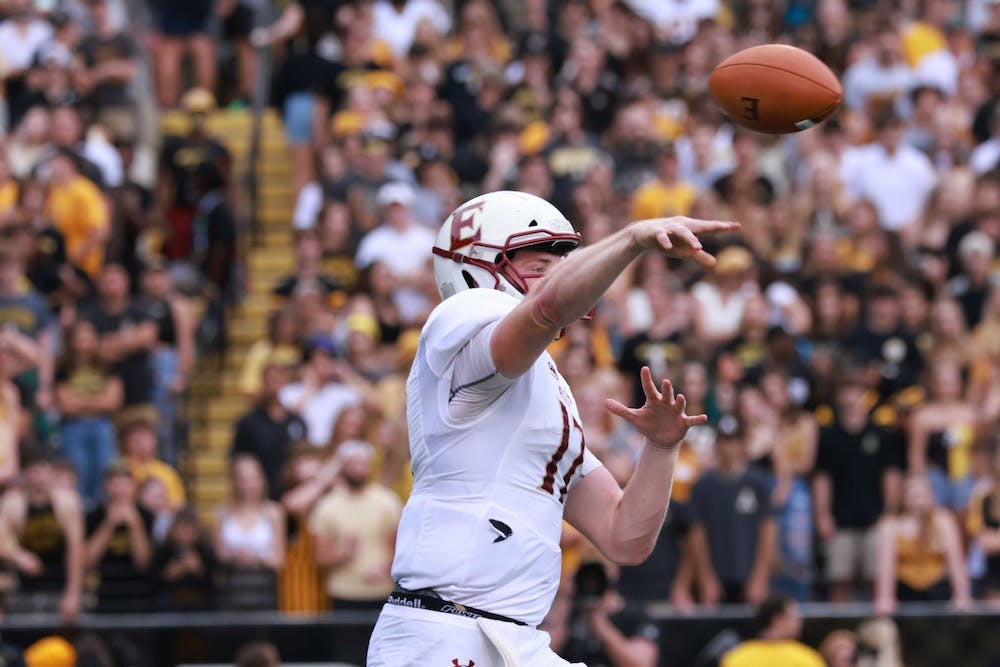 The Elon Phoenix trail the App State Mountaineers at the half by a score of 13-3. Elon’s offense failed to find their spark thus far, punting on four of their five drives.

Senior quarterback Davis Cheek completed 16 of his 26 passes for 122 yards. Cheek was able to connect with junior wide receiver Jackson Parham four times totaling 39 yards. Junior running back Jaylan Thomas led the way for the Phoenix on the ground, rushing for 33 yards on five carries.

Elon’s top drive of the half came at the end of the first quarter when Cheek led the Phoenix on a 46 yard scoring drive. Cheek completed two passes over 10 yards on the drive. The first, to Parham for a 19 yard gain and the second going to redshirt-freshman Caleb Olgunmola for 12 yards. The drive stalled out on the 29 yard line allowing for a 46 yard field goal by junior kicker Skyler Davis, putting the Phoenix on the board.

The Phoenix defense struggled in the first-half, giving up 317 total yards and three scoring drives. The defense was able to bend but not break on their first drive by forcing a fumble in the endzone and recovering it for a touchback. However, the offense failed to capitalize on the turnover.