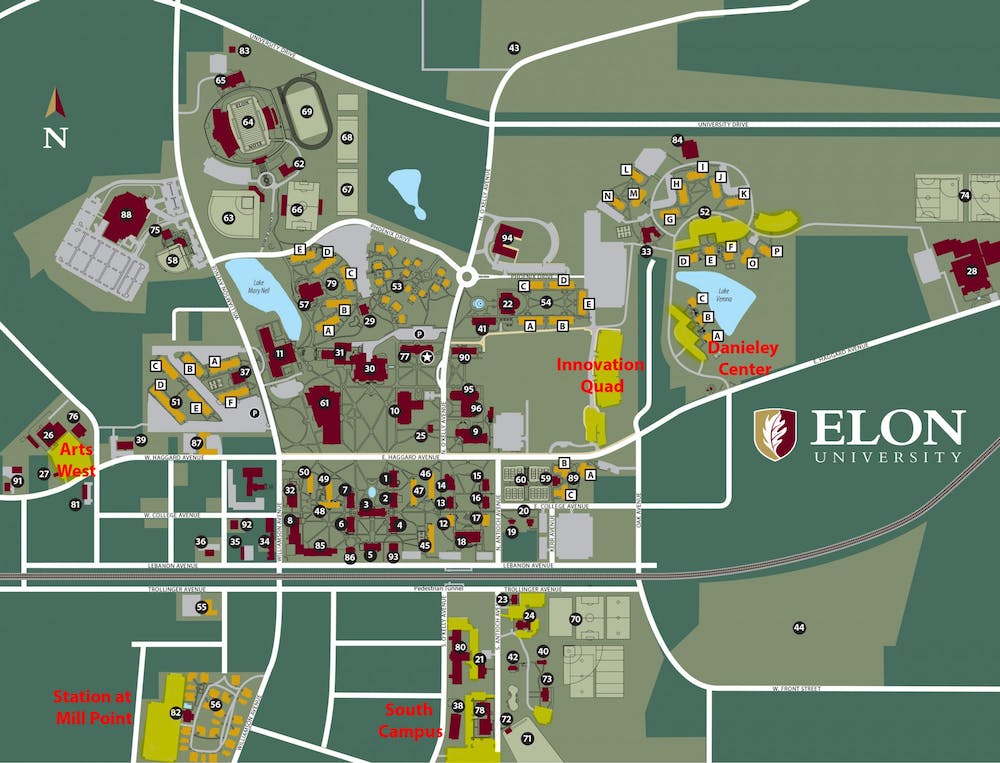 The parking lots highlighted in yellow are suggested for students to move their cars to by 8:30 p.m. on Aug. 19. Photo courtesy of Elon University Campus Safety and Police.

Students with a car on campus in the following lots must move their car by Thursday, Aug. 19 at 8:30 p.m. due to families arriving to campus on Friday, Aug. 20 for move-in:

Any unauthorized cars in these lots on Friday, Aug. 20 may be ticketed and/or towed.

Elon University Campus Safety and Police ask that cars be moved to the Arts West, Danieley Center, Innovation Quad and Station at Mill Point lots or the South Campus lots off of East Trollinger and South O’Kelly Avenue.

Faculty and staff are asked to park in the Arts West, Oaks, South Campus and Station at Mill Point lots.

Antioch Avenue will be one-way from East Lebanon to East College Avenue.

Phoenix Drive will be one-way eastbound from North Williamson Avenue to the traffic circle at North O’Kelly Avenue.