The phenomenon, first looked at in high achieving women, leaves people with feelings of doubt and inadequacy 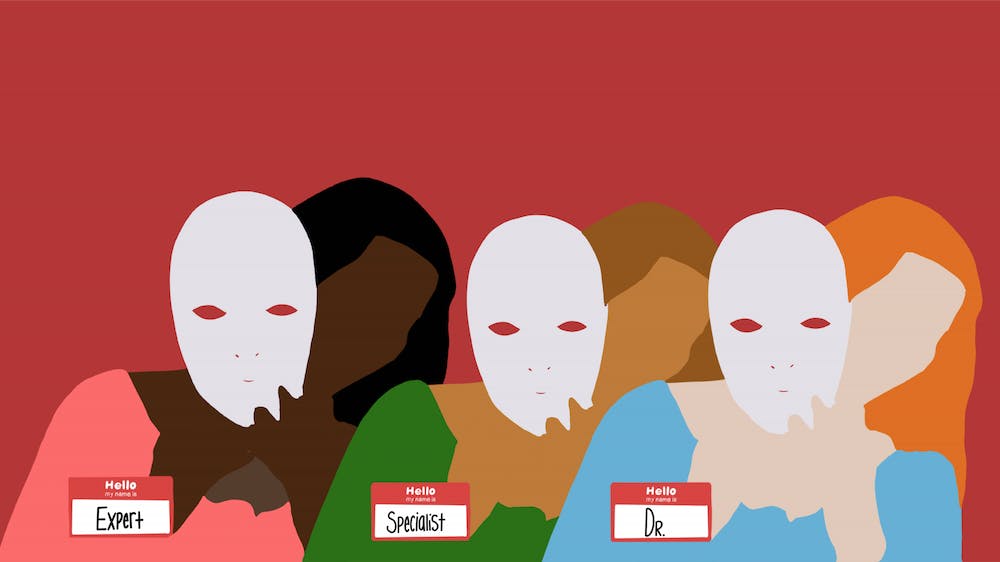 As a first generation college student and female professor in a male dominated field, Kelsey Bitting, professor of environmental science, said she often experiences feelings of doubt and insecurities.

These feelings are impostor syndrome, and they aren’t exclusive to Bitting.

Professor of psychology CJ Fleming said she faces uncertainty and self-doubt all the time, especially when she is in a room with people who she perceives are more qualified than she is. Professor of philosophy Shannon Lundeen saw it in her female colleagues just before they accepted a promotion. Director of Elon 101 Brandy Propst saw it in herself in college and now in the lives of the students she teaches, particularly those with marginalized identities.

“It is experiencing doubts about one’s own validity or whether or not they deserve to be in a particular space or position or doing a particular sort of work, whether they have what it takes,” Bitting said. “We tend to feel as though we’re faking it a bit when we have impostor syndrome and maybe doubt whether we should be faking it.”

Impostor syndrome, or the impostor phenomenon, was first introduced by clinical psychologists Pauline Rose Clance and Suzanne Imes, who originally researched the concept in high achieving women in the 1970s. Since then, impostor syndrome has been identified in men and women, as well as people with marginalized identities. Those who experience impostor syndrome often have many external achievements but do not feel worthy of those achievements internally and worry they will be found out as a fraud.

"We tend to feel as though we're faking it a bit when we have impostor syndrome and maybe doubt whether we should be faking it."

Lundeen said she first heard about impostor syndrome in her job at Case Western Reserve University in Cleveland, Ohio. As director of the women’s center at Case Western, she would often hear female colleagues express feelings of doubt as they moved “up the ranks” in their careers.

For Propst, impostor syndrome is something she remembers working through personally in college. Propst said she credits her mother for giving her the mindset that helped her overcome impostor syndrome. While working on a resume in college, Propst decided to write down all of the things she did in her life that got her to where she was at the time. This is the moment she recalls when thinking about overcoming impostor syndrome.

“I remember thinking, I’ve done a lot of work, I put a lot of work in in this very short amount of time, and I remember thinking I should be proud of this,” Propst said. “While I was in college, I recognized that … as I was doing those things that it was paying off. The more time and effort that I put into learning these things, the more opportunities that are available to me.”

People do not normally seek out therapy for impostor syndrome specifically, as it is not a diagnosis and is not a recognized psychiatric disorder by the American Psychiatric Association’s Diagnostic and Statistical Manual. Fleming said by naming the common experience many people face impostor syndrome can help people talk and learn more about the phenomenon. But she hopes that using the term syndrome and normalizing the experience does not make it more common.

Lundeen said the term syndrome also puts the responsibility for “fixing” the problem back on those experiencing it, which, in the case of impostor syndrome, is only working on the feelings at the individual level.

The term syndrome also eliminates the intersecting cultural issues that can impact impostor syndrome, such as the experience of being a woman in a male dominated field, or being the only person of color in a space. According to a review by the Journal of General Internal Medicine in 2019, impostor syndrome is prevalent among African American, Asian American and Latinx students.

There are several ways to combat the different impostor syndrome experiences. Bitting said she addresses these feelings at a personal level, by reminding herself of her own qualifications. In the workplace, Lundeen said she believes workplace training on gender bias could help eliminate impostor syndrome.

One way Fleming said she combats this is to use a strategy often used in cognitive behavioral therapy called checking the evidence.

“We basically kind of put your thoughts to the test, so let’s say you’re having a thought that other people are going to realize that I’m not qualified for this,” Fleming said. “OK, well, let’s take a step back. ‘Are you qualified for this? Let’s evaluate that. What are your qualifications? What do you have to contribute?’”

While Propst said she has overcome feelings of impostor syndrome personally, she does question eradicating the feeling in society as a whole.

“I think as long as white supremacy exists, and I think as long as power and privilege and those types of things exist, I think that the idea that discourse and rhetoric around impostor syndrome is always going to exist,” Propst said. “I think as a whole in society … I’d be really surprised if the terminology goes away. And if it does go away, I think it’s because it’s only going to be replaced with something else that’s similar.”