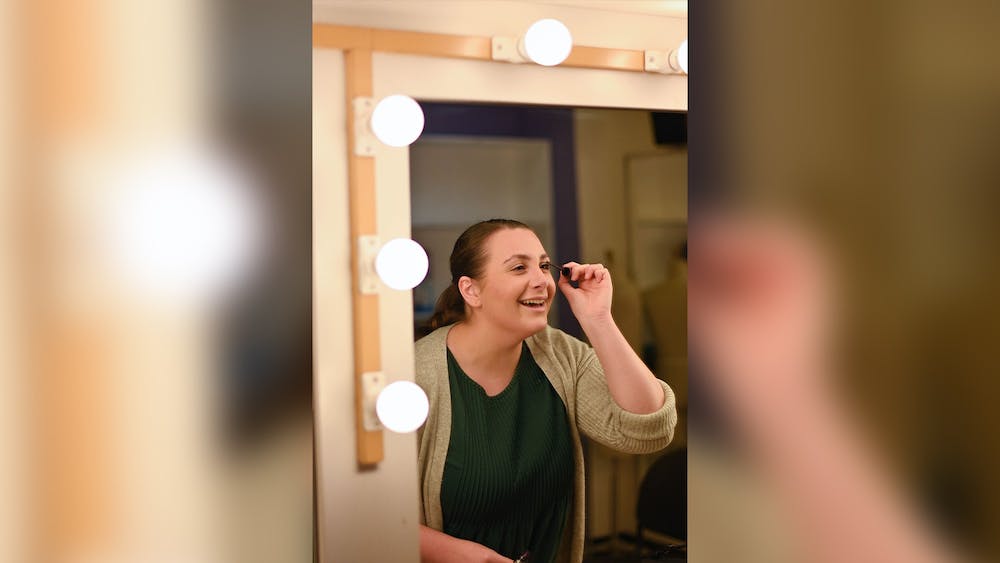 When seniors in Elon’s music theatre department began college, no one expected in four years to graduate into a stagnant job market, after more than a year of virtual performances.

Music theatre students have not only adjusted to physically classes and the loss of live theater, but program seniors seeking post-graduate employment are facing an additional burden — the shutdown of Broadway.

Last October, The Broadway League extended Broadway’s hiatus, which began March 12, 2020, through at least May 30, 2021. Elon senior and music theatre major Sarah Liddy said she is scared of how this will affect her post-graduate career.

“This is not what anyone thought was going to happen, and so to look at what my dreams are to be on Broadway, and Broadway is completely shut down right now, it’s really difficult,” Liddy said. “I think it’s difficult for many of my peers.”

Elon senior and music theatre and arts administration double major Katie Brnjac was interning on Broadway when the pandemic hit and said the abrupt shutdown came as a shock. Brnjac has even considered different career paths following graduation due to the fear and uncertainty of Broadway not reopening.

"THIS is not what anyone thought was going to happen, and so to look at what my dreams are to be on Broadway, and Broadway is completely shut down right now, it's really difficult."

“I’ve been exploring all my options looking at, do I take a full-time job and wait until Broadway comes back? Do I go to grad school? Do I just wait it out and hope I can get a side job and stay at home?” Brnjac said. “It’s a lot of just unknown factors, and I think that’s the worst part.”

The uncertain future of live theater also weighs heavily on underclassmen. Junior music theatre major Zion Middleton said it feels like he is working toward a career that doesn’t exist right now, which can get discouraging.

Several music theatre students have grown fatigued of the differences and difficulties they have faced the past year with virtual  learning, auditioning and performing. Shifting to completely online classes when the pandemic hit was especially difficult for the music theatre program and its students, according to Middleton.

“A lot of our work and our art is so communicative, and we need to do it in person, so having to adjust to acting classes and even singing classes on Zoom has been a really big change,” Middleton said.

For the Fall 2020 semester, more music theatre courses returned in person but with restrictions. Students attend singing classes outdoors and must dance physically distanced within a box outlined by tape, all while wearing masks.

Brjanic described studying performing arts during a pandemic as “odd” and said she is “done with it.”

“Masks are weird,” Brnjac said. “So is spacing, and a lot of partnering and certain dance styles that we used to do — it’s hard to do it, or you can’t do it.”

At Elon, auditions for shows, musicals and other performances have remained virtual.

Brnjac, Liddy and Middleton all said virtual auditions have brought additional responsibilities, much of which fall on the student. Students must reserve a space to record their audition, check out or buy video equipment such as ring lights, microphones and cameras and, then, edit and submit their audition video.

The financial burden of completing these virtual auditions is also placed on the student, and it can cost a lot of money, according to Liddy.

Middleton said she believes virtual auditions have been more stressful, but they help students adjust and prepare for auditions in the professional industry.

“We’re making it work because, as of right now, the real-world industry is operating like that, and everything is being recorded,” Middleton said. “There aren’t really any live auditions right now, so it’s kind of like we’re just adjusting to what our industry is adjusting to.”

Brnjac said she hopes the industry as a whole moves toward virtual self-tape auditions in the future , despite the cost of technolgy. The move makes theatre more accessible, especially for those who cannot afford to fly to New York for every audition and callback, but could afford a camera and ring light.

Performances have also remained virtual since the pandemic began and are streamed or uploaded online. Brnjac said that virtual performances without an audience are not comparable to a live performance.

“That’s the weirdest thing is it just feels like a rehearsal,” Brnjac said. “In live theater, especially, you thrive off of the audience. There’s such an energy pool and a share of energy you just don’t get.”

However, Brnjac, Liddy and Middleton all said that virtual theater offers some unique benefits. For example, performers are relieved of some of the pressure and stress that come with live performances. They have been able to focus on their technique without the distraction of an audience, and recording productions has provided students with high-quality videos of their performances to use when applying for future jobs in musical theatre.

According to Liddy, adjusting to the ways of virtual musical theatre and performing arts aligns with what it means to be an artist.

“It’s kind of just going with the flow and being open to everything that comes your way. As an artist, you are already learning that, in general, to be vulnerable and to be open,” Liddy said. “The best way that I’ve been able to adjust to all these things is just to try it, even though it’s really weird and sometimes super awkward.”

And as Elon and the rest of the nation continue distribution of the COVID-19 vaccine, there is hope that live theatre will be coming back soon, Brnjac said.

“Now that vaccines are rolling out, and there’s whispers of shows starting to open I’m confident that … everything will end up fine,” Brnjac said. “It’s just right now, it still feels just far off.”