Churches and religious entities provide support for many, but can harm individuals as well 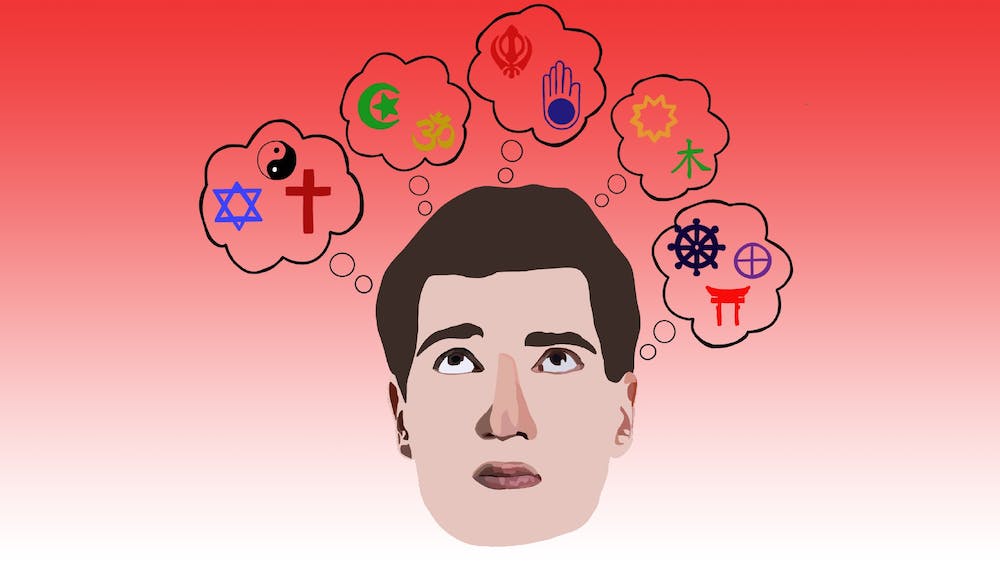 For some, religion serves as a community, a place of support. It can serve as a common identity shared among family members or a set of beliefs one has held since childhood that governs their lives.

For others, religion is a source of pain and shame, a place they feel shunned and unwelcome or even unsafe.

Unlike other forms of trauma, such as post-traumatic stress disorder, there is little research on the impact of religious trauma syndrome, a condition that researchers, therapists and religious institutions themselves are beginning to confront.

The term “religious trauma syndrome,” first coined by psychologist and author Marlene Winell in 2011, can take many forms, ranging from feeling unwelcome in a religious environment to feeling unsafe because of religious doctrine. Winell is the founder of Journey Free, an organization that helps people who have experienced religious trauma transition out of the religion, recover and rebuild.

In an article for the British Association for Behavioral & Cognitive Psychotherapies, Winell wrote that religious trauma syndrome is a condition experienced by people who are struggling to leave an “authoritarian, dogmatic religion” and people and who are struggling to cope with the impacts of indoctrination or the rites and rituals associated with becoming part of a religion.

People with religious trauma often have dealt with feelings of shame, Father Peter Tremblay of Elon’s Catholic Campus Ministry said. Tremblay said in the Catholic tradition, “Catholic guilt” is often talked about. However, he thinks what is actually being talked about is shame.

When Elon Community Church became an open and affirming covenant in 2013, a space was created for people who felt unwelcome in religious environments. People began seeking out ECC for the community created by the declaration that the church would not just be tolerant, but accepting, of differences.

“Affirming is more than tolerance. Affirming means that we will not only accept other people, but we will celebrate with them, who they are,” said the Rev. Randy Orwig, senior pastor at Elon Community Church. “We celebrate our diversity, we celebrate our openness and we celebrate the inclusivity.”

Whether through the brightly painted doors symbolizing acceptance of various religions and the LGBTQIA communities, the sign indicating their inclusive values on the front lawn or through their website, those who see the opening and affirming message of ECC are often those who have been hurt by their religion or have felt excluded in some way from religious environments, Orwig said.

“There’s still a lot of cynicism amongst people who have been hurt religiously,” Orwig said. “It’s like they’re almost asking permission, ‘Can we come to church?’”

Emily Hedrick, a certified trauma support specialist and program director at California-based Journey Free, experienced religious trauma herself. After going through her first deconstruction phase in college, Hedrick decided to become an atheist, a choice she made to feel safe.

Despite becoming an atheist, Hedrick ended up going to divinity school and becoming a pastor, hoping she could do more to help people in situations similar to hers from a position of power. Hedrick left pastoral work in January 2020 because she “was hoping [to have] a little bit more power in the system,” as a pastor, but realized that to accomplish her goals, it was not as easy as being in a position of power.

Hedrick said religious trauma can be similar to complex post-traumatic stress disorder and has an effect on the mind as well as the body, like other types of trauma. While trauma can be experienced within the religious environment, leaving the religion can be just as traumatic, Hedrick said. A religious community can often function as a person’s support system or be intertwined with family life.

“They provide social support. They provide a way of understanding the world. They provide a sense of meaning and purpose. They provide a common vocabulary and way of communicating with people,” Hedrick said. “Not only does the shame and anxiety of something bad is going to happen to you, if you leave the faith, then you’re going to hell — that’s scary enough. But then also getting out and realizing, ‘Oh goodness, I don’t have support systems outside of the religion I was part of, what do I do?’”

Leaving one religious community and going to another rather than leaving religion altogether can also be difficult for families or individuals, Orwig said.

“There’s a lot of folks that will just stay away from church or will reject church because they don’t want to try to go out and find a new church and see what that would be like,” Orwig said. “And again, with the fear that they could be rejected again.”

While religious trauma can be related to feeling unwelcome or unsafe due to one’s sexuality, it can also include any experience one has where they do not feel safe or welcome in a religious environment, or be experienced within issues of abortion, marriage and abuse, as well.

Organizations such as Journey Free provide support groups and one-on-one consultations, but Hedrick said that as of now, religious trauma syndrome is a small field with little to no research. Because religion often has a positive correlation to an individual’s mental health, there is academic research on how religion can help heal trauma, rather than be the cause, as psychologist Alyson Stone writes in her research Thou Shalt Not: Treating Religious Trauma and Spiritual Harm With Combined Therapy.

Elon University sophomore Hayley Loftus researched religious trauma as part of her job as Social Media Coordinator for Spirit and Pride, a collaborative campus initiative between the Gender and LGBTQIA Center and the Truitt Center to support the spiritual lives of members of the Elon LGBTQIA communities.

"If you're gay, and you're Catholic, and you grew up with people saying all gay people go to hell, and you've been told that since you're five years old, it starts with validating yourself as a human being.It's a lot easier said than done. That process really looks like validating yourself and understanding that you are worthy of having respect as a human being and all of your identity, and you shouldn't have to hide any of that."

Loftus said when she was researching religious trauma, one thing that surprised her was reading about people who chose to stay in their religion or continue to practice religion.

“There are people who really do come back to that religion, and maybe they just go to a different church or they surround themselves with people of the same faith, just with a little bit of a different perspective on it,” Loftus said. “They practice that religion in a way that’s healthy for them and therapeutic … that can be part of the healing process. It doesn’t have to be, and by no means is that the solution for everyone, but it is something that [can be] involved in that healing process.”

“If you’re gay, and you’re Catholic, and you grew up with people saying all gay people go to hell, and you’ve been told that since you’re five years old, it starts with validating yourself as a human being,” Loftus said. “It’s a lot easier said than done. That process really looks like validating yourself and understanding that you are worthy of having respect as a human being and all of your identity, and you shouldn’t have to hide any of that.”