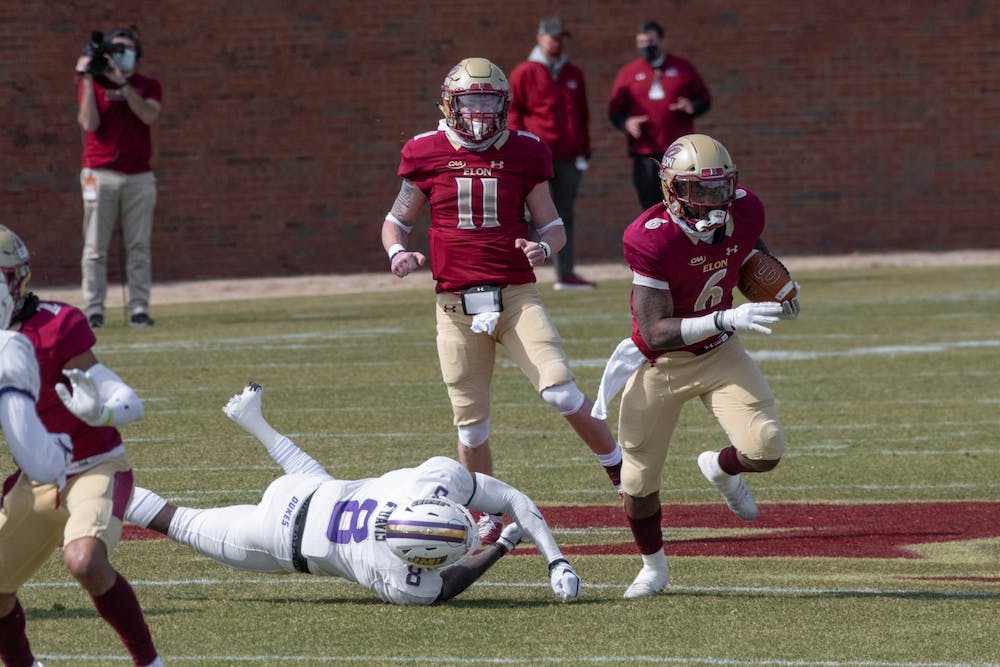 Updated March 30 at 4:29 p.m. to include information from the CAA commissioner.

Elon University’s football game against William & Mary on April 3  has been postponed due to “COVID-19 related protocols,” within Elon football, according to a press release from the Colonial Athletic Association.

According to CAA Commissioner Joe D’Antonio, schools are able to make their own decisions regarding opting out of game play. There is no set mandate from the CAA on how many players, coaches or personnel must test positive or be a close contact to require a canceled or postponed game.

To be eligible to play, a team must have at least seven offensive linemen, one quarterback and four defensive linemen. D'Antonio said that even if a team fails to meet these benchmarks, they can still choose to play the game.

In an interview with Elon News Network D’Antonio said those guidelines still remain the same and it was ultimately Elon’s decision to postpone Saturday’s game.

“I do not have specifics as to what those issues are or what they’re dealing with,” D’Antonio said.

Elon athletics said the game, originally scheduled for 4 p.m., maybe rescheduled for a later date. This was going to be Elon’s first home game since March 13.

Elon does not currently have a game scheduled for the final weekend of the season on April 17. Elon currently has only one game remaining on their spring schedule, against James Madison on April 10.

Deputy Director of Athletics at Elon Mike Ward did not respond to Elon News Network’s immediate request for comment.

Elon first played William & Mary this season on March 20, losing by a final score of 10-31.