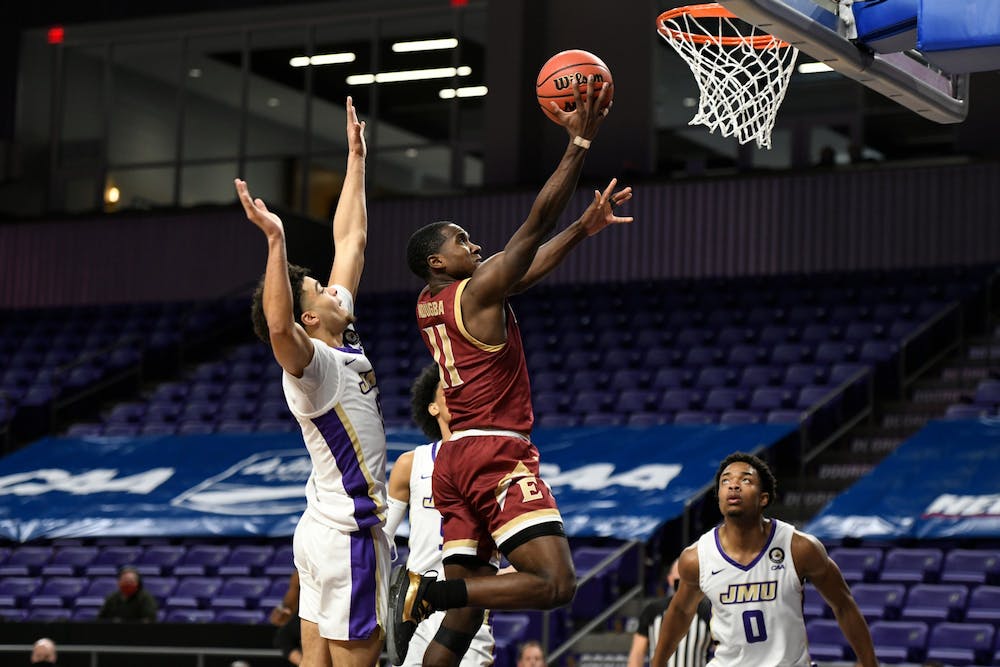 The game started out well for Elon, as they took an early 10-9 lead, but James Madison was able to storm on to a 30-19 run the rest of the half and took a 10-point lead to the locker room.

Elon turned up their defensive intensity in the second half, which helped erase a 15-point deficit to stun James Madison late in the game. The Phoenix defense held JMU to a 41.9 shooting percentage while limiting the Dukes three-point shooting to just 24%. Combined with 13 three-pointers, Elon was able to claw their way back after trailing 39-29 at the half.

The Phoenix, seeded eight in the conference tournament, now move to a 9-8 record on the season, as James Madison, the one seed, drops to 13-7.

Graduate transfer guard Ikenna Ndugba also had a strong performance for the Phoenix, with 14 points, six assists and six rebounds.

In the second half, the Dukes were able to stretch the lead out to as many as 15 points. The Elon offense erupted, however, scoring 43 second-half points. Ndugba made the go-ahead layup with 31 seconds remaining, and McIntosh made two clutch free throws to seal the deal, lifting the team to its fifth straight win.

“We’re so resilient,” Wright said. “We just have to keep at it every single day and grow every day and good things will happen. We’re still trying to grow, we're still battling every day.”

Next up for the Phoenix is a semifinal clash with the Hofstra Pride on Monday at 6 p.m. on CBS Sports Network.

“I’ve seen it for almost two years now ... We always keep fighting. We don’t want it [the season] to end,”Schrage said.