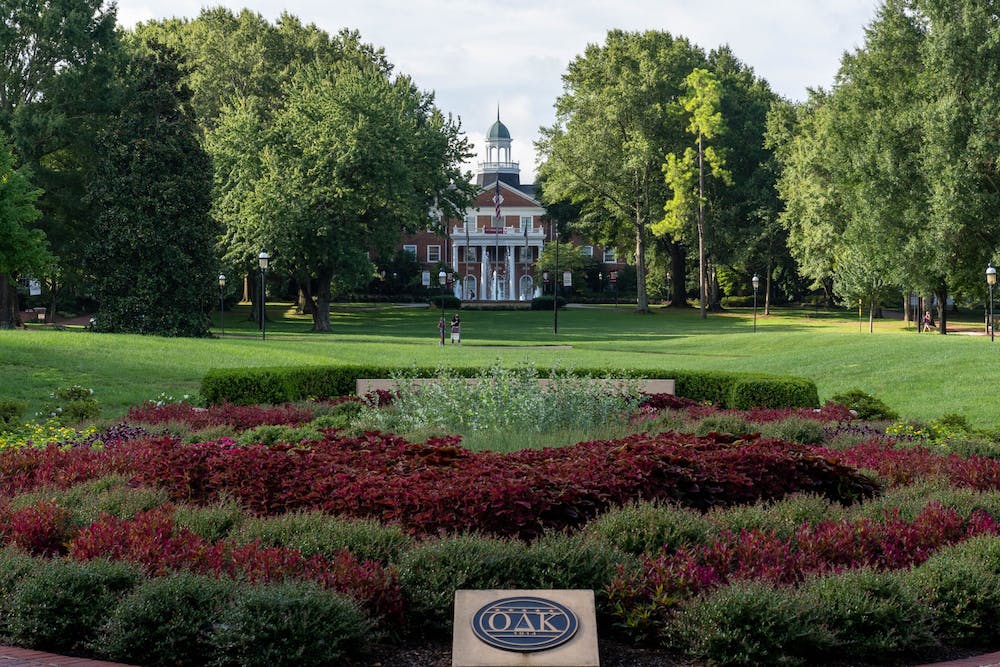 Elon University said it is putting “new mitigation measures” in place following a two-day spike in coronavirus cases, according to an email to the Elon community from Jeff Stein, chair of the Ready & Resilient committee.

These new measures include limiting social circles to five people and expanding testing to up to 3,000 students over the next week, in addition to measures already in place under social hiatus, such as grab-and-go dining and suspending practice for high-risk club sports.

Dan Anderson, member of the Ready & Resilient committee and vice president of university communications, said the university expects students to comply with limiting their social circles. He said the university is “less focused on punishment and enforcement” and more on student actions that slow the spread of COVID-19.

“We're not going to make sure anything happens,” Anderson told Elon News Network in an interview. “We're asking people to comply with this.”

On Saturday, the university reported 61 new coronavirus cases, a single-day high. A total of 163 cases have been reported by the university in the past week 一 with 105 of those cases from the past two days.

Anderson said he thinks that if students would have followed the new rules set in place the majority of cases in the past week could have been prevented.

“It’s clear that the reason people are contracting the virus is that they have not, in some situations, followed the safety protocols,” Anderson said.

The spike in cases comes as eight coronavirus clusters have been identified in the past two weeks.

Five of the clusters are tied to Greek organizations, which the university has publicly named. Under the “new mitigation measures,” fraternities and sororities cannot hold in-person meetings, events or activities.

One of the greek clusters is tied to an event, according to Anderson.

Contact tracing is done by the Alamance County Health Department, and students can identify members of their organization who they’ve come in contact with, but the university is also cross-referencing those who have tested positive with membership to an organization.

“We have been looking at cases and cross-referencing with membership in organizations or with residential areas so that we can see where there are patterns that show up,” Anderson said.

According to Anderson, one of these clusters has 43 individuals who have tested positive. Other clusters have under 10 cases. Anderson declined to provide the name of the organization because he said he did not know student life’s policy on releasing those details.

The North Carolina Department of Health and Human Services defines a cluster in a non-congregate living setting as five or more positive linked cases within a 14-day period.

Of the 386 people in quarantine, as of Saturday, 140 of them are in temporary quarantine spaces, including hotels.

Elon News Network has previously confirmed that the university has students in quarantine at the Tru by Hilton in Burlington, the Holiday Inn Express in Burlington and the Hampton Inn in McLeansville.

Anderson said the university is looking to expand the number of quarantine spaces.

“We continue to expand hotel rooms capacity because the number of quarantine spaces has gone up. So we made arrangements for some more for this week and we are in the process of making arrangements for additional ones if they are necessary,” Anderson said.

Ahead of Halloween weekend and Election Day — which students have off —  Anderson said the university did not consider going into a lockdown “based on the data” from the recent surge in cases. The university’s COVID-19 numbers do not meet the criteria to move in Level 4  — Very High Alert, according to Anderson.

“If the numbers continue to get stronger, we may have to consider stronger measures, but we don't need to send messages,” said Anderson. “We've been sending messages since August.”

According to a count by Elon News Network, the undergraduate community has received 25 emails related to the coronavirus pandemic since the beginning of the semester. Anderson said the university does it to be transparent.

“We're doing all the communication we can, but we can't control people's behavior,” Anderson said. “To listen to these messages and follow them is on all the members of the community.”