Currently, there are 69 active cases on campus and 219 students are in quarantine or isolation 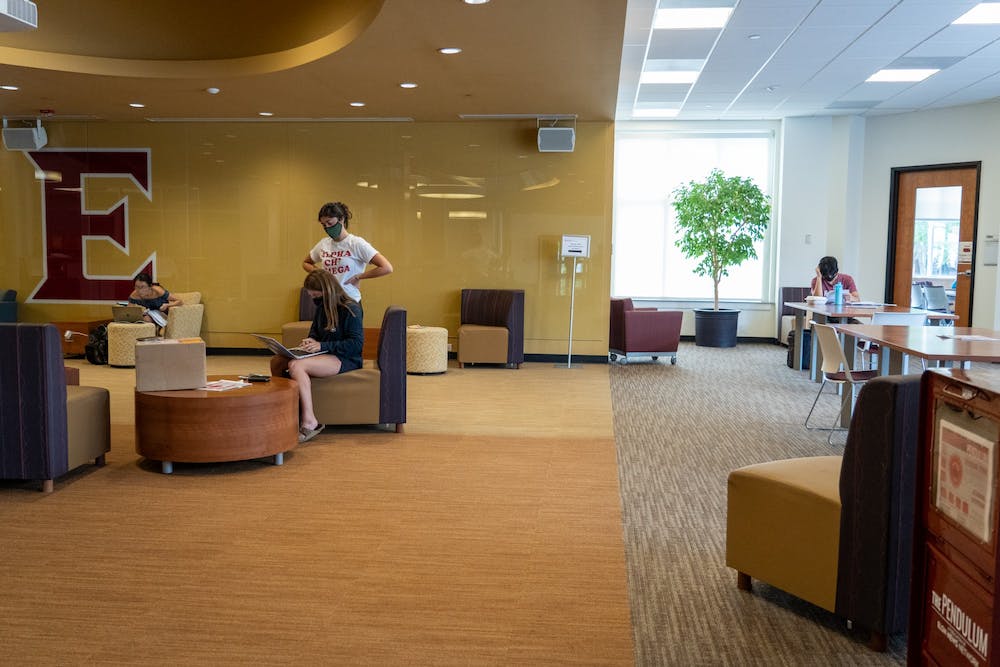 Elon University will return to social hiatus on Oct. 23 due to a recent spike in cases, according to an email update from Jeff Stein, chair of the Ready & Resilient committee. Some of the restrictions include prohibiting visitors in on campus housing, closing indoor seating in dining halls and suspending high risk club sports and intramural activities.

Currently, there are 69 active cases on campus and 219 students are in quarantine or isolation. According to an email from Stein, the university expects “to identify additional cases and increase to Level 3 — High Alert in the coming days.”

The five clusters are all in either freshman dorms or Greek Life organizations.

Two residents from Carolina Residence Hall said that the cluster is on their hall — the third floor of the building.

“It’s kind of inevitable. We thought someone would get it, just not a bunch of people,” freshman Lilly Pinkham said.

According to one resident in Barney Residence Hall, the cluster is on the second floor. Freshman Sean Dimick, who lives on the first floor of Barney, said he was worried when he learned about the cluster in his building.

“I thought it was a little concerning at first, cause like, usually people in the same building are more likely to intermingle and probably transmit it,” he said. “So, it was a little scary when they told us there was a big cluster here.”

As for how this could affect the future, Stein wrote that this could possibly warrant a shelter-in-place and maybe even affect plans about a month away.

“This could even impact students’ plans for Thanksgiving and the end of the semester,” Stein wrote.