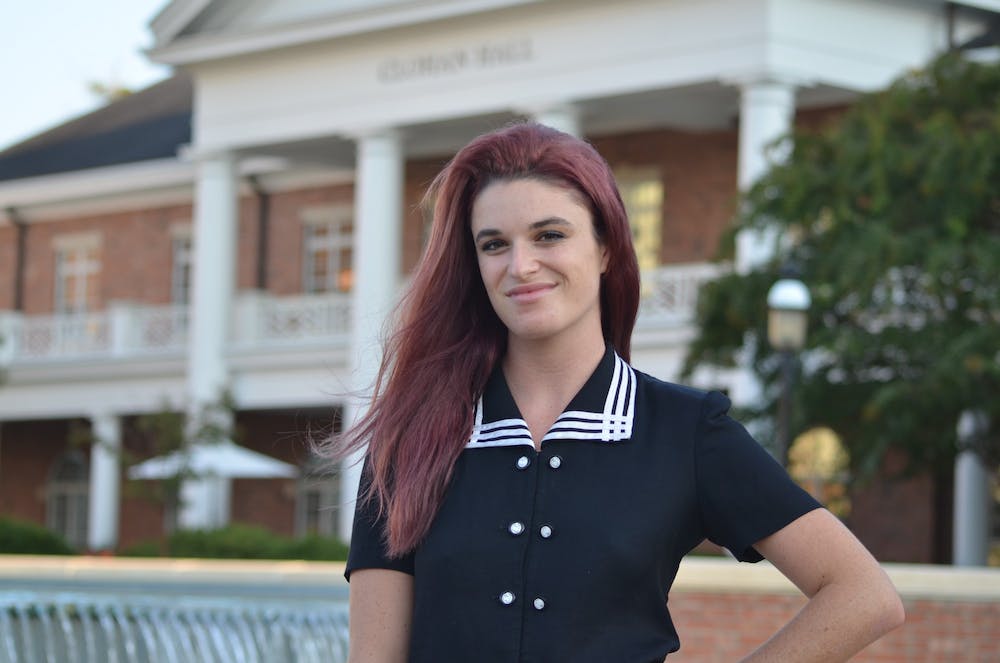 The American Society of Composers, Authors and Publishers Foundation awarded Elon junior Eliza Spear the 2020 Jay Gorney Award along with co-writers Lindsay Gitter and Rachael Williams for their song “If I Don’t Try.”

The award is given to a songwriting team or songwriter, who is not affiliated with a label, for their original work and is handed out based on the song’s social implications, according to the ASCAP Foundation.  Gorney was a film and theatre songwriter. His family established the award after his death in 1990 as a tribute to his work.

“If I Don’t Try” is Spear's way of communicating a need for transformation and encouragement for change in society, she said. The song focuses on how she felt about the events of the summer of 2020 with regard to the Black Lives Matter movement, the coronavirus pandemic and her personal struggles.

Spear said the song allowed her to start to take action on these issues. Tackling societal problems is not something a person can approach alone, she said.

“Who am I to try to change anything when I'm a single person? It feels so daunting and so impossible,” Spear said.

Spear's song was initially ready to be released in the spring, but after the police killings of George Floyd and Breonna Taylor and the surge in the Black Lives Matter movement, Spear reworked the song. She connected with close friends to discuss their perspectives and feelings about the summer’s unrest. Her emotions from these discussions and experiences helped her modify her song.

“This song was me expressing my white perspective in the best way that I can while advocating for change," Spear said.

Elon lecturer in music Fred Johnson said Spear was especially persistent throughout the production of the song.

“Eliza doesn't just try to write a song; she writes about things that have meaning to her," Johnson said in an email. "That type of emotional investment rises above any type of formula for songwriting.”

Spear is using her platform as a musician to benefit marginalized communities in other ways. Her merchandise is available on her website, and all proceeds are donated to the Loveland Foundation, according to Spear. The foundation aids Black women with financial assistance when they seek therapy.

Spear said she values the importance of collaboration when working toward change.

“If it's going to change, then it's going to start with us,” Spear said. “We do have that power, which is really hard to remember, but it is true.”