During the pandemic, some traditions persist, others are absent from 2020 Homecoming 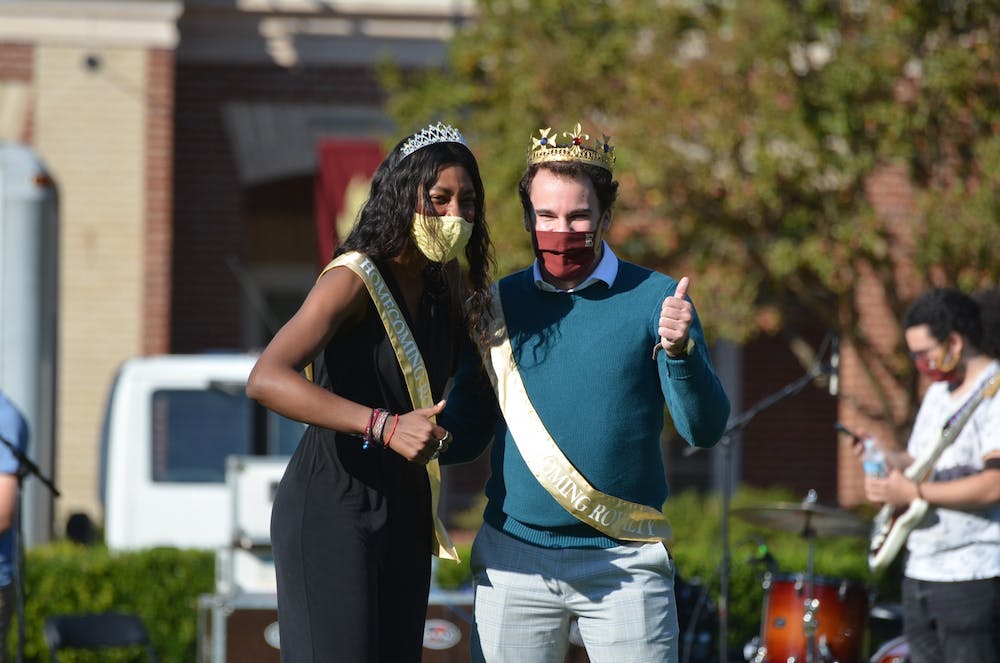 The pair were crowned outside of Moseley Center during other Homecoming 2020 celebrations on Saturday afternoon.

Freshman DeMya Culp watched Orr and Reese become Homecoming Royalty during her first Elon Homecoming celebration. Seeing people gathered on Young Commons was "relieving," she said, because it was a stark contrast to her summer in quarantine.

In addition to watching the coronation, Culp bought food from the Dusty Donuts truck and participated in the raffle on Young Commons, wearing the Elon T-shirt she won over her other clothes.

For seniors Sarah Bellinger and Olivia Kleiman, however, this week's online celebrations just weren't the same.

"To be honest, it didn't really feel like Homecoming," senior Bellinger said. "Usually I go to the football game and I go to the concert and they have other things going on."

Although the events Saturday didn't quite feel like Homecoming for Kleiman, she said she appreciates the effort put in by event organizers.

"It's so hard during the pandemic, but it definitely doesn't feel like normal," Kleinman said. "But I guess, what can they do?"

Juniors Katie Dalrymple and Emma Walker attended the day's events in order to support their friends in the Runes, the band playing before and after the coronation occurred.

"It's fun to still be able to support them playing and still have fun in-person activities, even though there are physical distancing restrictions," Dalrymple said, adding that she enjoyed watching the coronation during the Runes' intermission.

"I think it's nice to know that a lot of people from all different majors in grades are working really hard to raise money for causes and do a lot within the Elon community to make change," she said.

Though there are no official Homecoming events scheduled Sunday, Haggard Avenue will remain closed until 12 p.m.