Google has provided Alonesy an annual recurring grant of $120,000 for advertising the service 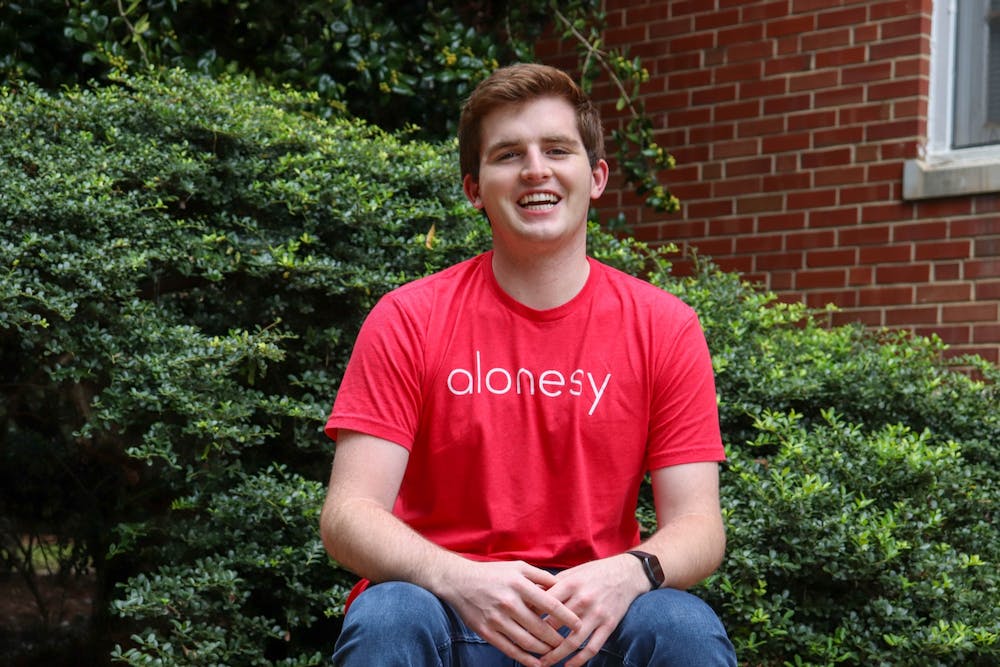 What was once just an idea to make mental health resources accessible to teens is now becoming a reality for Elon freshman Jack Bowers thanks to passion, fundraising and a financial boost from Google.

Back in high school, Bowers conceived the idea of providing free counselors to teens via a smartphone app. Alonesy — which launches in December — will match teens with a volunteer mentor after they answer a series of questions.

Bowers has raised half of the $30,000 he needs in this year to help pay for insurance, licensing and the app's development. Amid the challenge of raising money for a nonprofit during a pandemic, Bowers received the news he needed two weeks ago: Google was awarding him an annual $120,000 grant to help advertise his service.

Bowers — who spent three years of his childhood in therapy with his parents spending thousands of dollars — realized the same resources afforded to him were not available to everyone.

“That process just made me feel so isolated and alone,” Bowers said. “Coming out of that, I realized, you know, there are so many people that are really going through this same thing.”

In high school, his big aspirations to help teens were immediately quashed from a teacher at his school. But it encouraged Bowers to work harder.

“My high school teacher was like, ‘yeah, you need to have lower expectations, Jack. You're not gonna be able to do that,’” Bowers said. “And then I was like, ‘okay, watch me.’”

In preparation for the launch, Bowers has 25 mentors who applied to volunteer with Alonesy. Each mentor undergoes a six-week training with professionals he’s connected with virtually. While the service is free for users, Bowers sees the program as an opportunity to connect mentors with any teen in an isolated situation regardless of their economic status.

“You can have a child that is the son or daughter of a billionaire and they could have money,” Bowers said. “And sure, they could probably afford a therapist – probably a really good therapist – but if they don't feel comfortable talking to their parents and saying, ‘Hey, I'm struggling with my sexuality.’ … If it feels like the parents are not accepting, it doesn't matter how much money they have, you know, they don't have that support.”

Being awarded the Google grant was enough for him to call his high school principal to flex how far he had come.

“I was like, ‘Hey Brad, guess what? I got a grant. So you can go tell my teacher to take me seriously,’” Bowers said. “Don't listen to the haters, you know? You gotta keep going and it'll work out.”

As he still has money to raise, Bowers plans to use the grant to advertise their fundraising campaigns.

Alonesy is raising money and seeking volunteers to be mentors, public relations managers, fundraisers and recruiters.