After racist messages emerged from the Elon College Republicans group chat, students have been increasingly vocal online about their grievances and personal experiences with bias reporting on campus 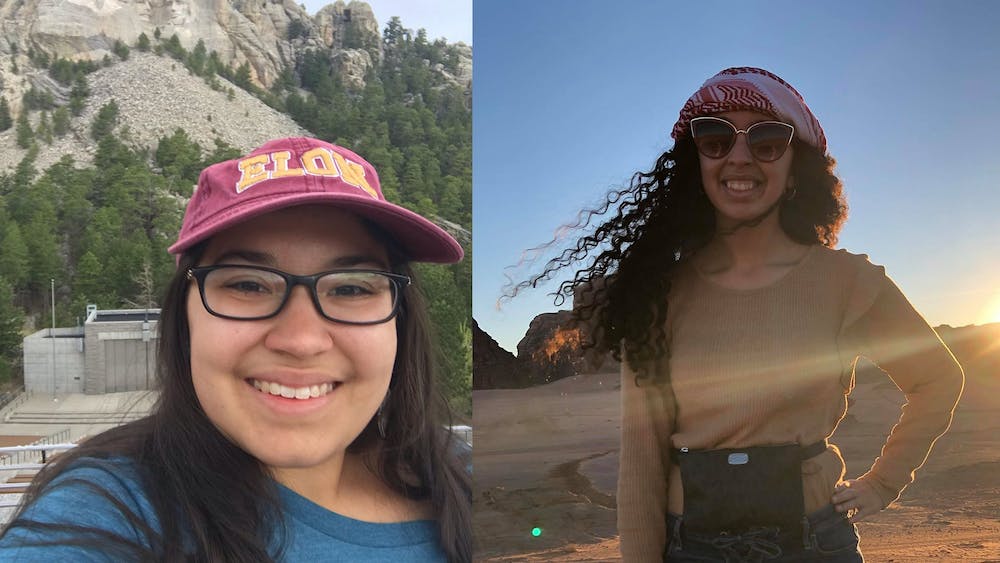 Incidents involving bias, specifically those dealing with race, are not infrequent at Elon — but recently, conversations have erupted online after racist messages in the Elon College Republicans group chat surfaced, with dozens of members of the Elon community filing bias reports against the students involved and petitioning for reforms of the current bias reporting system and Elon’s Code of Conduct.

In a private Facebook group with over 3,000 members — Elon Students and Alumni Against Racism — many have been voicing their objections to the bias reporting system and sharing their experiences with others.

One of those students is Mackenzie Martinez, a Chicanx senior, who said she has faced incidents of bias on campus, but hasn't filed reports for them. According to Martinez, many of the biases she has faced have been microaggressions — filing them might get them on the record, but it most likely wouldn’t change anything, according to her.

“I've faced a couple bias incidents on campus, but none that I haven't dealt with myself or gotten support through the CREDE or through my own network for,” Martinez said. “So I think that speaks a little bit to the way that the community of color at Elon views the bias report.”

Martinez did file a bias report about messages in the College Republicans group chat and said she was impressed at the frequent updates from Leigh-Anne Royster, director of the Center for Equity and Inclusive Excellence.

“I really appreciated that follow up, obviously. Even though she couldn't give us all the details of the case she was like, ‘you know, we're still working on this, we're still thinking about the students impacted,’” Martinez said.

Although the system has good intentions, Martinez said there is room for improvement, like keeping students in the loop and providing further clarity on how reports are processed.

Junior Heeba Chergui, a Muslim Moroccan American student, has filed bias reports multiple times over issues like misogynistic comments or racism, beginning with a fraternity party incident in the spring of her freshman year.

“I was finishing my first year at Elon and I had heard that the fraternity Sigma Pi were throwing a racially insensitive day party, or ‘darty’ for Cinco de Mayo, calling it ‘Cinco de Drinko,’” Chergui said. “I sent the information about this event to a GroupMe for students of color at Elon. We ended up all filing a bias report, which resulted in Jon Dooley speaking with the members, shutting the event down, and every member on the executive board of Sigma Pi had diversity training.”

Despite this positive experience using the system, Chergui believes there needs to be consequences beyond diversity training.

“There needs to be revocation of scholarships, suspension, something on their academic record that shows that they have made these disgusting comments and statements, because racism, sexual assault, harassment, whatever the student is being reported for needs to be taken and treated seriously,” Chergui said.

As a member of the small North African and Muslim communities on campus, Chergui said she does not feel supported and has no safe spaces to connect with people like her. Moving beyond conversations, providing more scholarships to students of color and having students take mandatory courses on racism are other ways to combat bias issues, according to Chergui.

“We can only feel safe on this campus if the perpetrators are met with consequences that ensure that they won’t keep spewing racism or behaving in this way,” Chergui said.