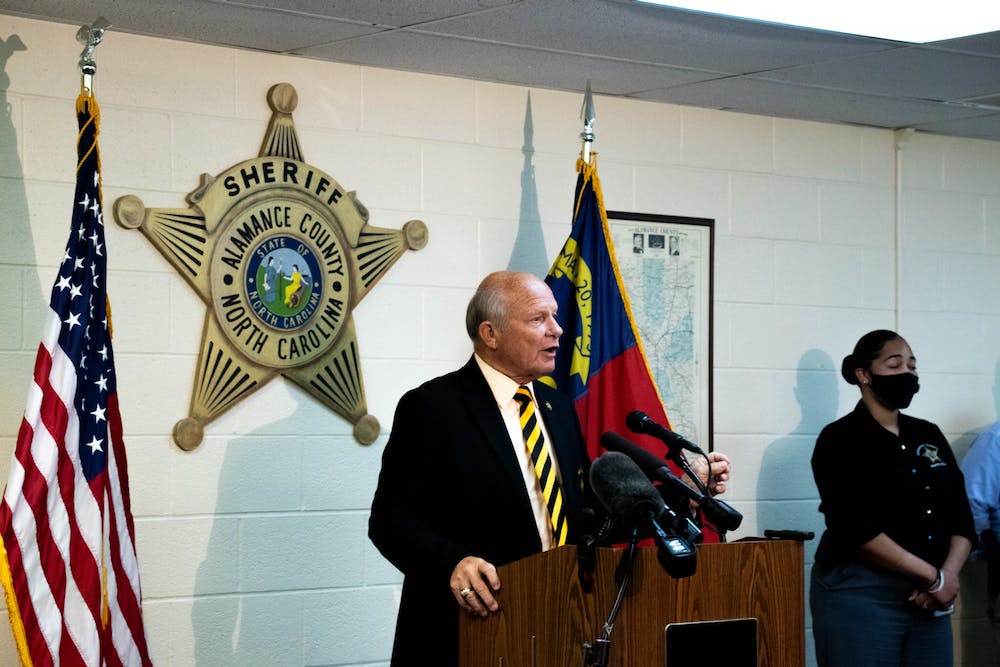 “Operation Summer Heat'' resulted in the sheriff’s office, Mebane Police Department and the North Carolina State Bureau of Investigation to arrest 21 people, some from all over the state, for soliciting for profit prostitution, including three of the 21 on drug related charges, according to Sheriff Terry Johnson.

Johnson also announced that the office has been awarded $325,000 by the U.S. Department of Justice that will fund three officers dedicated to combating human trafficking and Internet crimes against children in the county. The Alamance County Commissioners have to approve these new positions. The county will also match the grant with $164,927 with the program costing a total of $539,927.

“All I can say is 'wake up, America.' This is your country. These are your kids, [your] daughter's getting involved in this,” Johnson said at a press conference on July, 31. “We need to open our eyes.”

Johnson said his office is still investigating the people involved, and they will bring additional state or federal charges if warranted.

He called the criminal act of human trafficking “slavery” and said he wants the federal government to send rehabilitation aid to traffickers.

The biggest issues the county has when it comes to monitoring human trafficking are the lack of resources and the loose penalties that follow charges, according to Johnson.

The Sheriff’s Department arrested and charged 42 people for soliciting prostitution in September and August 2019 alone.