Elon community uses social media to call on Book, the university to do more for black students

In the wake of the nationwide protests following the death of George Floyd, students and alumni demand that Elon leadership tackle the issue head-on 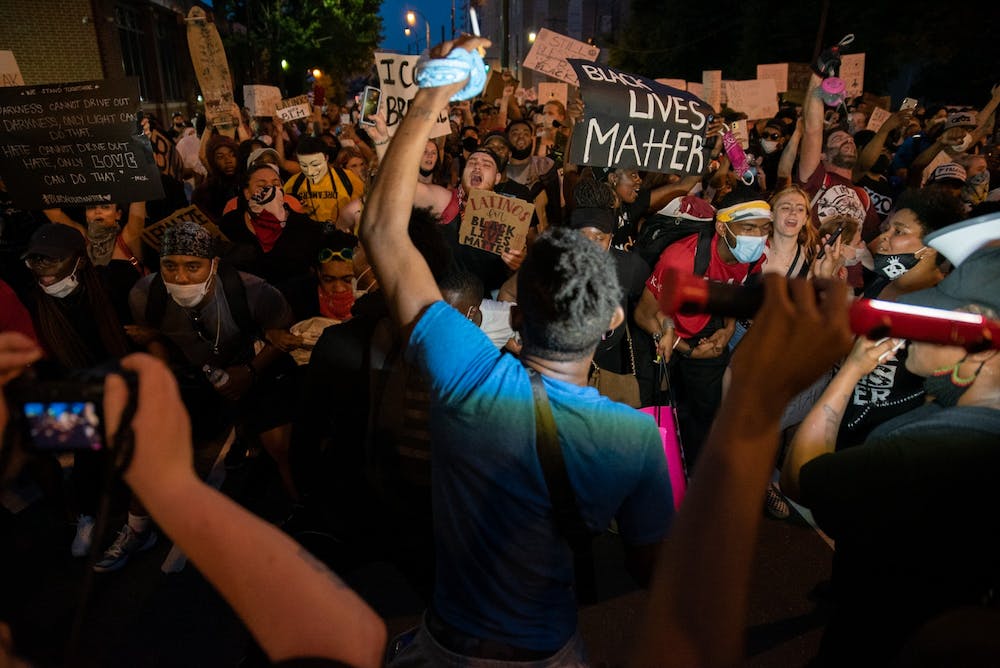 The office of Elon University President Connie Book said they are working to launch a new video series titled “Authentic Dialogue Toward Real Change.” The announcement comes after a wave of online backlash to Book’s initial statement released Sunday.

“Unfortunately, the repeated racism that Black members of our community face is proof that the systems we have built are not yet adequate,” Book said Sunday. “We have substantial work to be done and that will require the collective efforts of all of us.”

However, Book’s statement didn’t go far enough for some.

“Your email to the Elon community was weak.” @el_elemera tweeted. “Your promise to ‘do more’ is essentially bogus without acknowledging that black lives matter.”

I love my school but when loving someone is sometimes about holding them accountable@elonuniversity-- Don't let donors decide which lives matter.@ElonConnieBook -- Show us that Black Lives Matter. pic.twitter.com/wzIt1Glxs5

“Instead of focusing on ‘the majority of the Elon community that is white,’ it may be more beneficial to focus on the Black graduates, students, and faculty members who have been failed by Elon to date, and suggest actionable ways to do better,” Wood wrote in an open letter addressed to Book to over 3 million social media followers.

Hello, President Book. I am a graduate of Elon University, and I have to say… I am not satisfied by the statement you made addressing racism in America and on your campus. Can we talk about it? @ElonConnieBook @elonuniversity https://t.co/l6iv2lo6KX

“In your address, you did not allow yourself to stand in full solidarity and say, loud and clear, ‘Black lives matter.’ Looking at the list of Board members and major donors, I’m concerned that your hesitation has to do with a fear of losing money or support,” Wood tweeted.

On Friday, Chief of Staff Patrick Noltemeyer sent out an email on Book’s behalf saying she’s heard the community's concerns.

“I am committed and accountable to ensuring Elon continues to enhance support for our Black community,” Book said. “All Black members of our community have lives that not only matter, but are vital to our community.”

The community-wide email also announced the new series of virtual conversations with students, alumni, faculty and staff. For the first episode, set to be released Thursday, June 11 at noon, Book will be joined by Randy Williams, associate vice president for inclusive excellence and one of two black members on the senior staff.

Over the past several days, students and alumni within the community have called on Book and the senior staff to do more than her previous suggestion to check in on one's black friends and colleagues and read a book about prejudice.

In recent days, students and alumni have created a private Facebook group “Elon Students and Alumni Against Racism,” which shares collective concerns and resources for issues facing the black community.

Several petitions have gained attention on the page including one created by recent Elon graduate Katy Laser ’20. Her petition, signed by over 4,300 people, calls for the university to rename Harper Residence Hall, in the Colonnades Neighborhood, named after former Elon President William Harper, who served from 1911-1931.

An article published in the News & Observer on August 25, 1920 details Harper’s role in the lynching effort of John Jeffress, an African American man who allegedly raped a 7-year-old girl. According to the article, when word of the alleged assault got to Harper, he led the charge for Jeffress arrest. Before his trial, Jeffress was taken from jail and killed by a lynch mob. Laser says Harper’s role in the case should be cause to remove his name from the residence hall.

Some groups of faculty have been more responsive to the community leading to deans and individual departments to release their own statements.

Thank you to the Human Service Studies department for releasing the statement that should've been released by @elonuniversity @ElonConnieBook @jondooley pic.twitter.com/7hGLu2ZCxP

The deans of all six schools also released a joint statement earlier this week, expressing their stance unequivocally against racism and police brutality.

“We are working to ensure our faculty and staff colleagues are better equipped to teach and lean into conversations that will help our nation and world change for the better,” the statement said.

SGA Executive President, Robbie Miley was the first leader on campus to address the issue by releasing a statement Saturday.

On Friday, Miley released a follow-up video message to the community via the SGA social media pages saying, “Black Lives Matter. Black Elon students’ lives matter, and we will work over the next year and for generations to come to make sure change happens.”

Before George Floyd’s death, the university was already under pressure planning for a fall semester on-campus. The decision ultimately lies with Book after receiving a recommendation for the university’s fall plans by a task force chaired by President Emeritus Leo Lambert. The official plan for the fall semester is expected Monday.

Jack Norcross contributed to this report.