ACE Speedway temporarily shut down by the state

After multiple races at ACE Speedway that didn’t follow Gov. Roy Cooper’s mass gathering limitations, an abatement order was issued to temporarily shut down the speedway 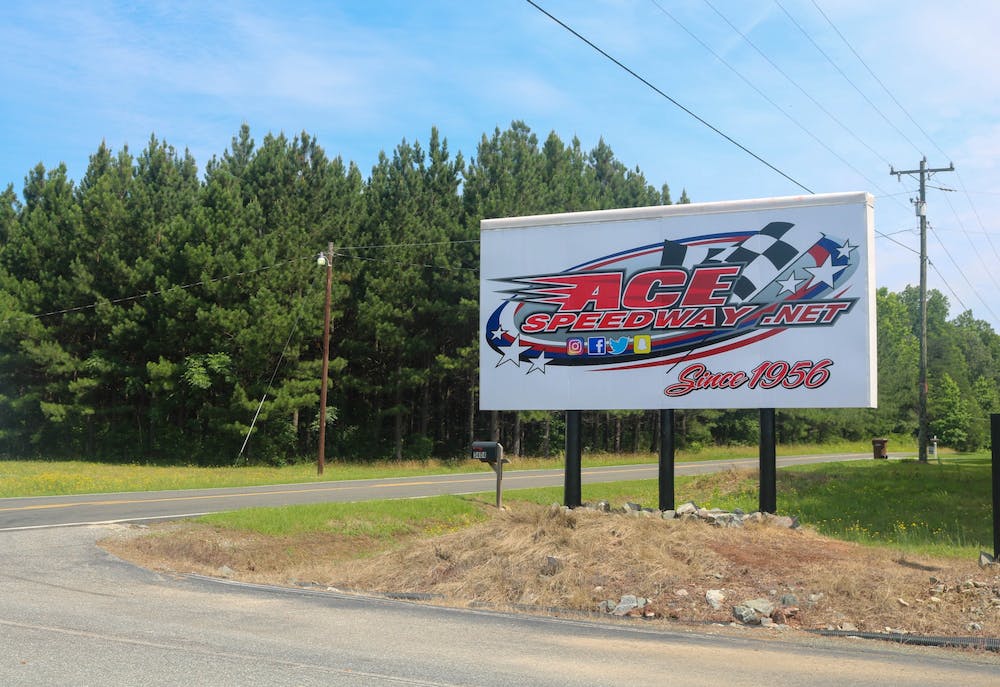 Jason and Robert Turner, owners of ACE Speedway in Altamahaw, opened for their first race since October on May 23, after Gov. Roy Cooper initiated Phase 2 of reopening North Carolina amid the coronavirus pandemic. ACE Speedway is 8.1 miles away from the center of Elon University.

The Alamance County Commissioners had to get clarification from the state if the executive order included the reopening of the racetrack, and it did. On May 11, Alamance County officials, Jason Turner and Matt Gross, Assistant Secretary for Government Affairs at the North Carolina Department of Health and Human Services, met on a conference call as to how the racetrack would open safely in Phase 2.

“If people feel comfortable to go out to a restaurant, or a bar, or a gym, or a racetrack, or what have you, they should be able to do that,” Jason Turner said in an interview with Elon News Network.

In a press release, the Alamance County Commissioners detailed the precautions ACE Speedway would be taking in order to open safely to the public. This included screening attendees for the virus, providing rosters to the health department for contact tracing and having at least ten sanitation stations.

However, Executive Order No. 141 of Phase 2 said in Section Nine D that, “Spectators or other attendees at any sporting or entertainment events allowed under this Section must be no more than the Mass Gathering limit of ten (10) people indoors or more than twenty-five (25) people outdoors.”

In Section Four, the executive order states the exemptions to the order: “Worship, religious, and spiritual gatherings, funeral ceremonies, wedding ceremonies, and other activities constituting the exercise of First Amendment rights are exempt from all the requirements of this Executive Order.”

Cooper noted in Section Four that under the exemptions social distancing is still encouraged. ACE Speedway held three races after the state entered Phase 2, none following the governor’s orders by having over 25 people in the stands and no social distancing.

The June 6 race was held as a “protest” race against injustice with a sign in front of the speedway reading, “This event is held in peaceful protest of injustice and inequality everywhere.” This protest race was held amid statewide protests against racial injustice.

Alamance County Sheriff Terry Johnson stood in solidarity with the Turners and refused to cite the speedway; he saw it as a violation of First Amendment rights.

“You have the First Amendment right to peaceably assemble, and that's what we did. We chose to come out and we held the event,” Turner said. “I mean, we did everything right. We did everything by recommendations. And we're still being punished for it.”

The other two races were normal races, not protests therefore they were not protected under the exemption. On June 8, Johnson released a statement explaining that he did not see a clear violation of the law.

“My citizens have basically been singled out for the same alleged violations that are occurring all over the state of North Carolina” Johnson said.

Since Johnson refused to cite the speedway for not following the governor’s orders, this caused the state to motion for an abatement order, with a ruling in favor of the state closing the speedway until further notice.

Turner said he cannot hold everyone accountable at the speedway due to the high number of attendance.

“I'm not going to make somebody do something that they don't want. So if they choose not to wear a mask that's on them, and I support them 100 percent, but if they choose to come with a mask, hey, that's, that's your prerogative and I'd support you 100 percent as well,” Turner said.  “ I'm not going to violate someone's individual liberties. It's just our freedom to assemble and enjoy an event.”

Turner explained that they are taking precautions at the speedway with signs and announcements to social distance. Turner said no one deserves to have the worst outcome from coronavirus, but he doesn’t see it as a big threat in Alamance County.

When Cooper was asked about ACE Speedway in a press conference on June 8, he said Alamance County is having a higher number of cases of coronavirus than it should have.

“People shouldn’t run a money-making operation that puts in danger not only their customers but to anyone they come into contact with,” Cooper said in a press conference. “This is a reckless decision being made by the owners pulling people together in that way can cause a spread of the virus.”

As of June 22, Alamance County has had 971 confirmed cases of the coronavirus and 36 deaths. 45% of cases confirmed in North Carolina were in the age group between 25 and 49.

On June 8, the North Carolina Department of Health and Human Services issued an abatement order against ACE Speedway for its “open defiance,” of the governor’s executive order. Judge David D. Thomas Lambeth, Jr. ruled on June 11, that the speedway had to temporarily close.

On June 19 the second hearing was conducted, both Jason and Robert Turner testified on behalf of the speedway. Judge David D. Thomas Lambeth, Jr. said he will make a decision on the reopening of the speedway by Wednesday June 24 at 5 p.m.

Turner said the speedway will be holding a live press conference sometime after the court decision is announced.