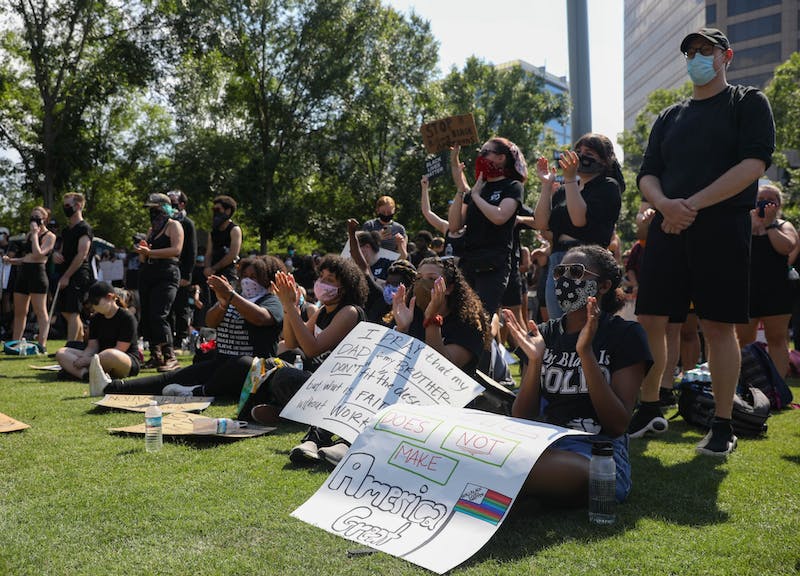 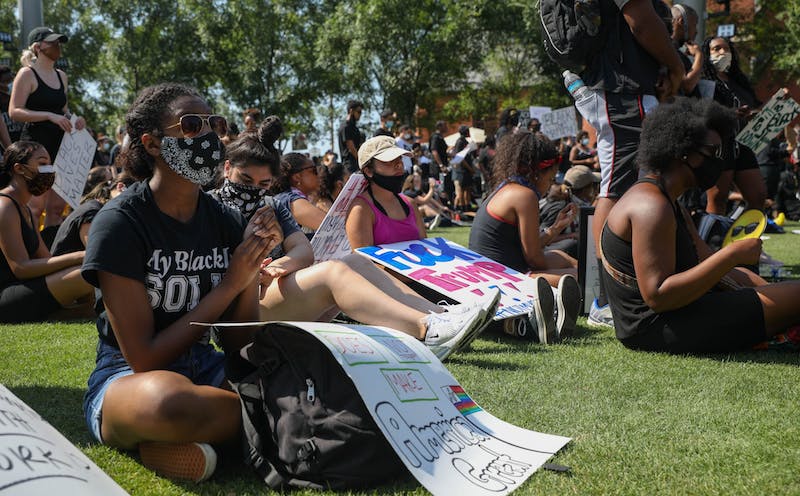 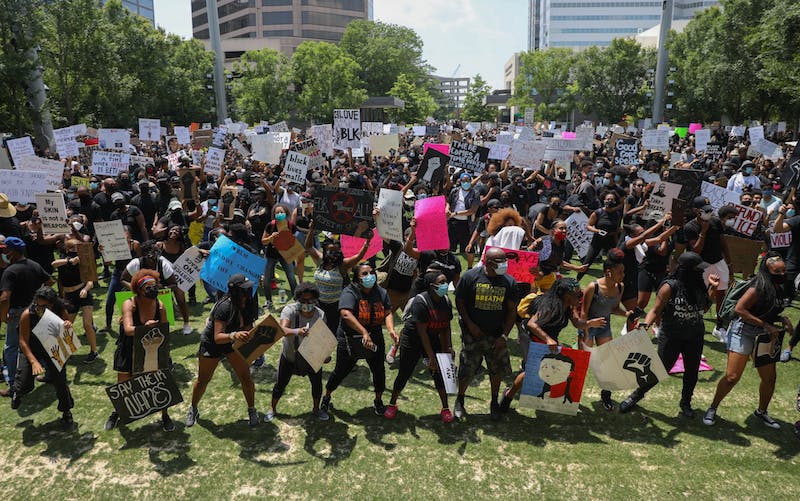 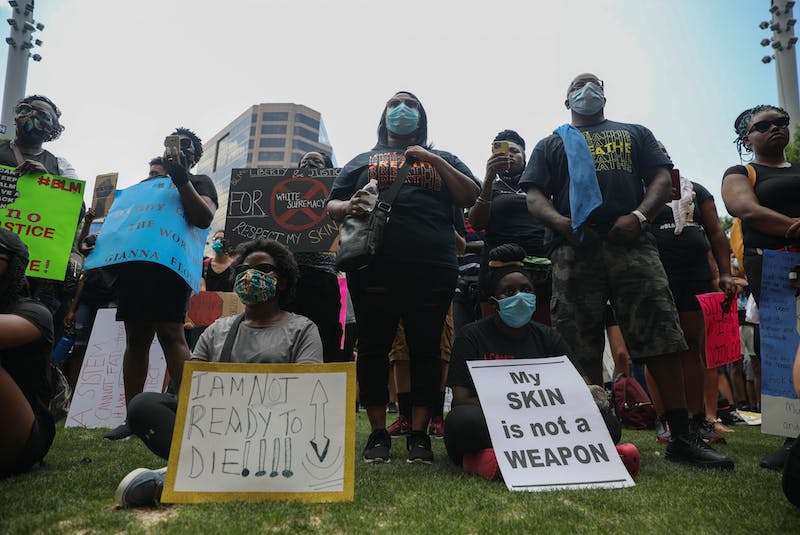 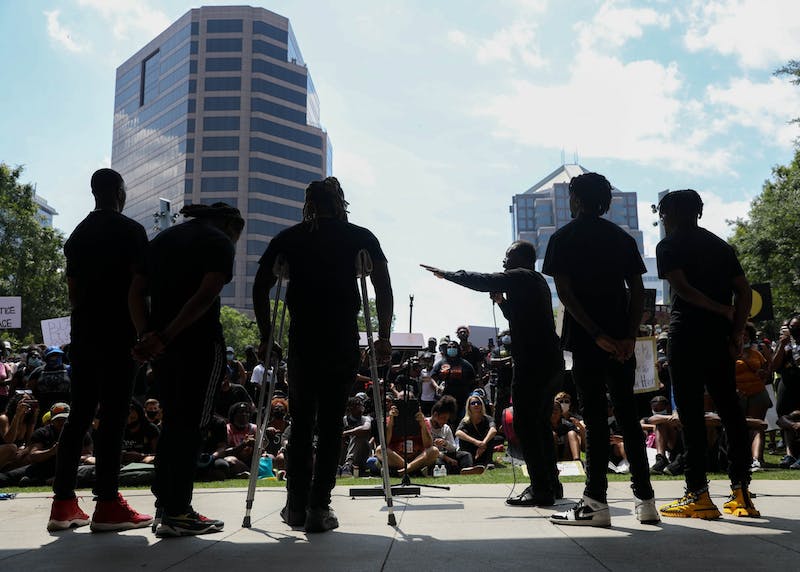 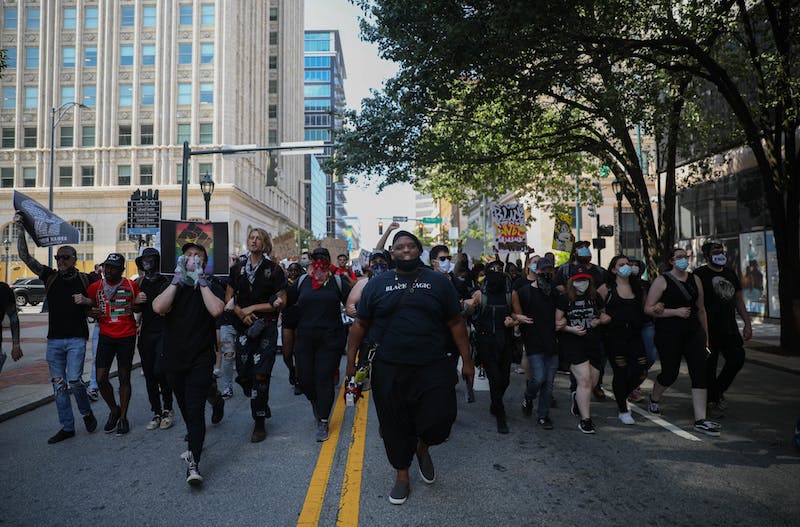 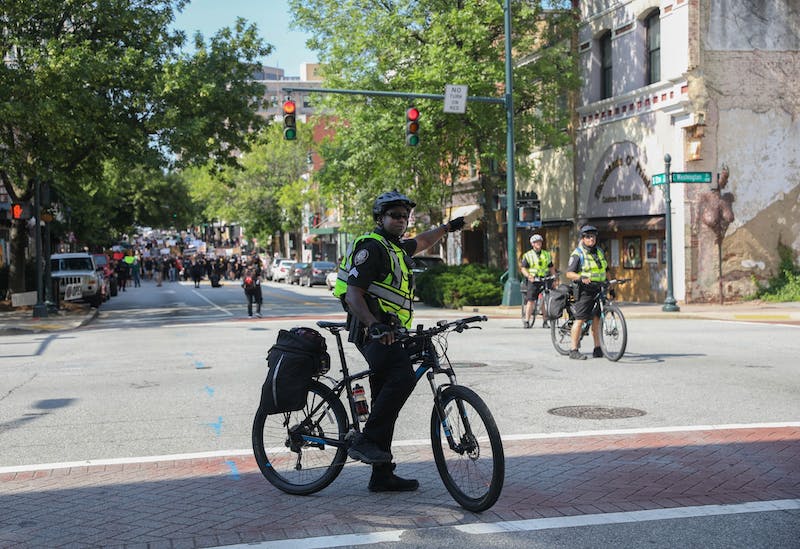 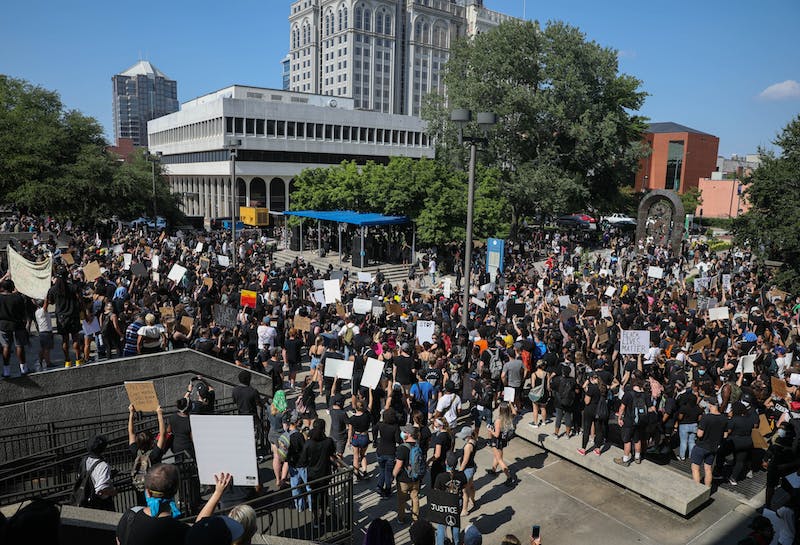 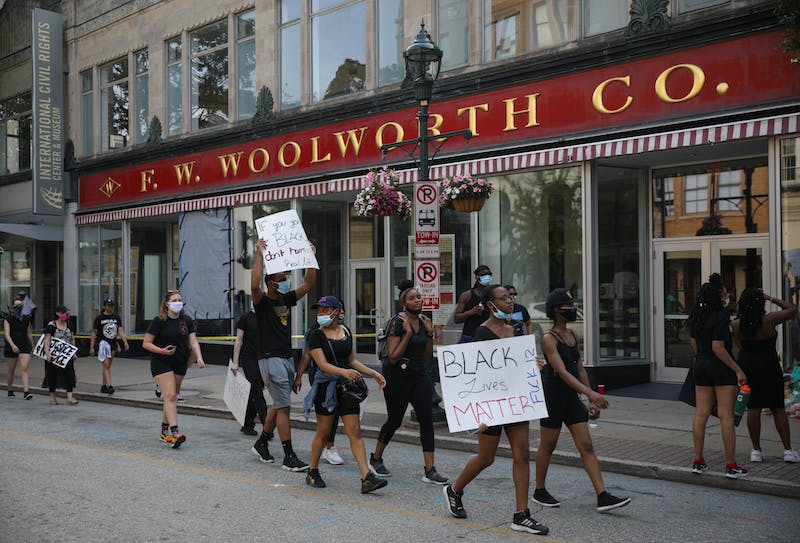 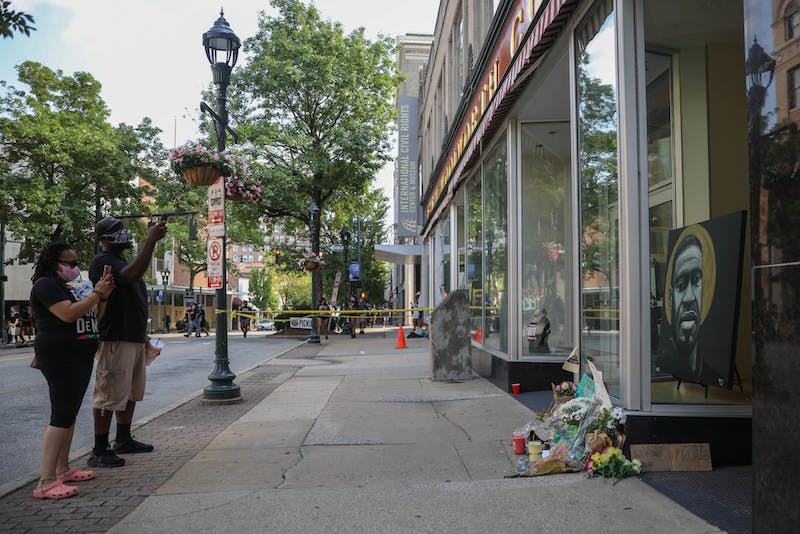 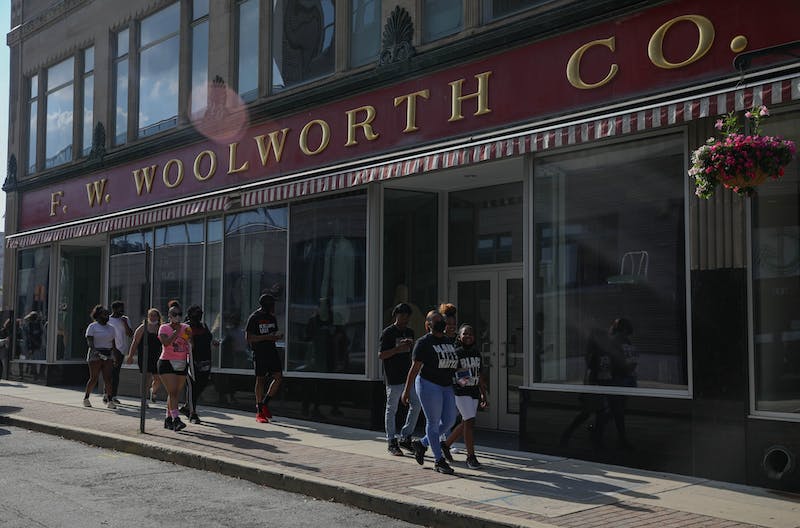 Lake Sims-Winfrey knelt for eight minutes and 46 seconds at the corner of Market and Church Street in Greensboro.

This gesture honored two black men who were killed by police: Marcus Smith and George Floyd. On the street corner Sims-Winfrey knelt, Smith died after being hogtied by the police. Floyd was killed when a police officer knelt on his neck for eight minutes and 46 seconds.

For  Sims-Winfrey, a black Elon University senior, this was the most meaningful moment of the #BlackoutNC event ― an anti-police brutality demonstration.

The event took place on June 7 and was a part of the wave of anti-racism protests happening across the country. During the demonstrations, thousands of people gathered together to march and listen to speeches by activists, individuals incarcerated for protesting, and family members of Marcus Smith.

“I've seen videos of those moments happening all-around the country and the world,” Sims-Winfrey said. “It was just good to be a part of that moment and really use that time to think and ponder over what we need to do and the changes we need to make and seeing how long that time felt and realizing the severity of police brutality.”

She was glad to see other Elon students at the protest.

“I feel like Elon people going to events like this really helps because we can look at what [organizers] are talking about at their event, and see how we can relate it and use those same similar tactics to fight the injustices.”

Bekah Pusey, a white Elon senior, was another student at the event. She, like Sims-Winfrey, was excited by the amount of people there.

“It was cool to see how many people were there that I hadn't expected to be there, or just hadn't considered would be there,” Pusey said. “Seeing someone's Instagram posts and seeing someone actually at a protest is kind of different you know.”

Pusey tried to help by more than just protesting. She walked around the protest holding a lacrosse stick with a sign labeled  “medical supplies.” She wanted to come prepared in case the protests got violent.

“I had the skills and I had the money to buy the supplies, so I figured ‘why not,’” Pusey said. “I knew there were going to be people who did get hurt.”

While the protests were peaceful, it was over 85 degrees. Pusey had to help several people after they fainted. Pusey came out of the protest optimistic.

“It gave me some hope for our current school situation,” Pusey said.

The importance of community was a topic during the speeches that both Sims-Winfrey and Pusey thought could be applied to life at Elon.