Su’ad presented her book Muslim Cool: Race, Religion and Hip Hop in the United States and other media she created Thursday night 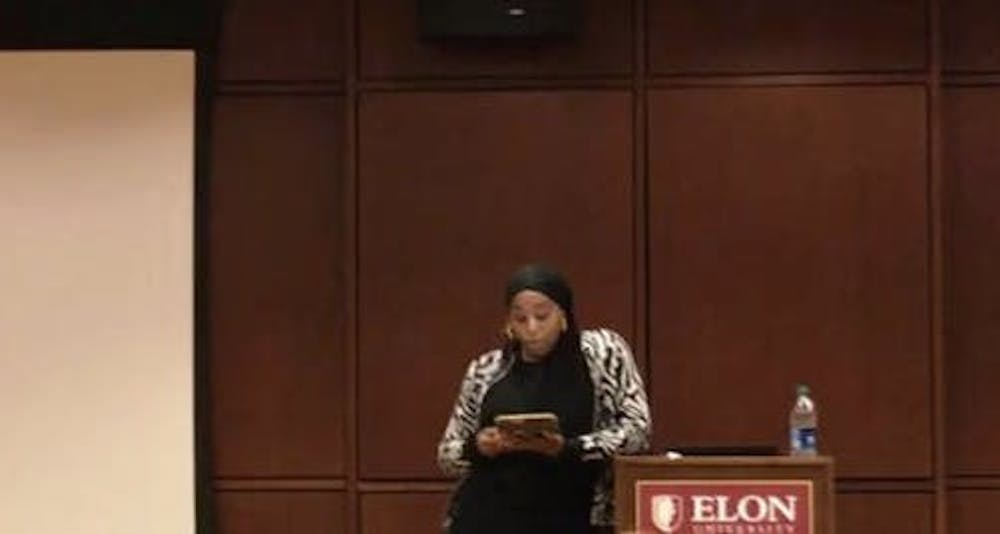 Su’ad’s performance included excerpts of her writing as well as videos she had created. The videos highlighted Black Islam, style and hip-hop as defining moments of being a Muslim American.

Su’ad spoke on her ideas of representation, especially in the media.

“I had been invited to a White House celebration, and I was trying to decide whether I should go or not. There were people in my life who said, 'you have to go to represent,' but represent for what and to what?” she said.

Shane Atkinson, the Associate Chaplain for Muslim Life at Elon, spoke about her presentation.

“One important point that Dr. Su’ad left us with is that you don’t have to speak on behalf of underrepresented people but we can pass the mic and be open to listening to other people’s stories.”

Su’ad’s visit was organized by the Center for the Study of Religion, Culture and Society, Muslim Student Association and The CREDE.

“I loved Khabeer’s take on diversity," audience member Anna Cave said. "I thought it was incredibly interesting that she didn’t want to be the ‘poster child’ for diversity, but rather to just be someone with a story that is able to be told. I don’t think that’s a common way we look at diversity, but I like it.”