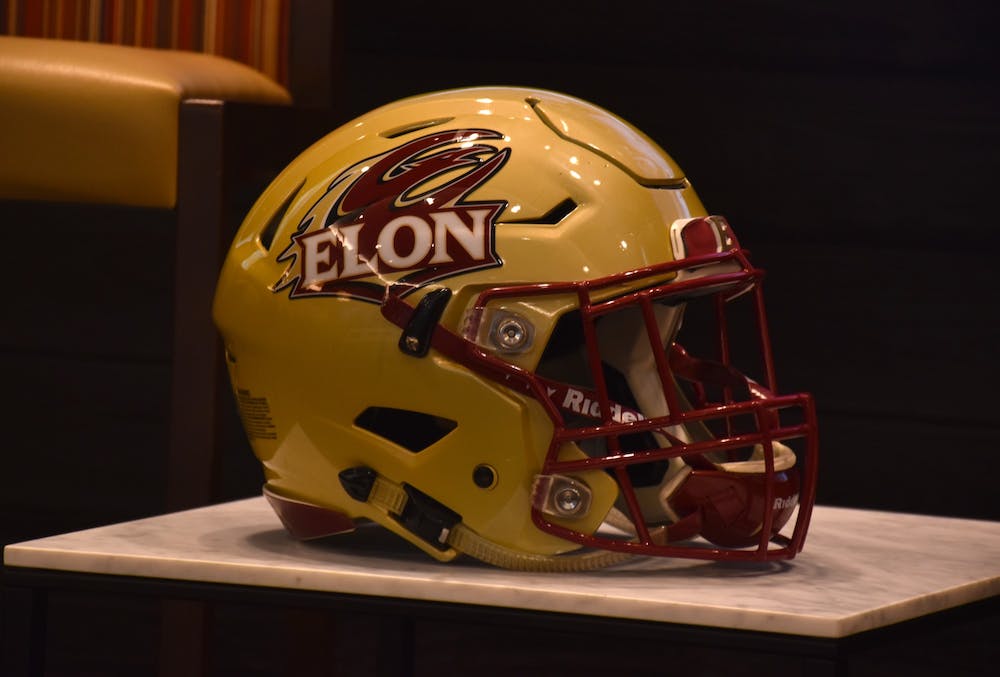 Elon Football added 20 new players to its 2020 roster as a part of National Signing Day Feb. 5, 2020. The recruiting class consists of 14 freshmen and six transfer students, three of whom came from Power Five conferences.

In a reception in Schar Center head coach Tony Trisciani said the recruitment of top athletes from the transfer portal was intentional.

One of these top athletes is transfer wide receiver Jordan Bonner. The redshirt sophomore started his college career at Purdue, a member of the Big 10 conference, before transferring to Elon. Trisciani said that although being next to a Big 10 transfer could be odd for players at first, it is ultimately a positive for the program.

Outside of the transfer players, the Phoenix has also added a number of homegrown talents. Eight of the 20-man recruiting class are players from the state of North Carolina.

“The closer you recruit to your home, the less mistakes you're going to make, you know a lot more about kids and you know about them earlier on in the process,” Trisciani said. “So we know these kids are when they're freshmen and sophomores and, and working their way up and get them on campus multiple times.”

The main goal of the 2020 recruiting class was roster management. The team signed at least one player from every position on the field. Two running backs were signed to fill the void of departing running backs De’Sean McNair and Brelynd Cyphers. The team also signed three defensive linemen, three linebackers, two defensive backs and two tight ends.

The 2020 season kicks off Sept. 5 against The Citadel in Charleston, SC.