Without a candidate, the next executive president will be responsible for selecting someone to fill the role 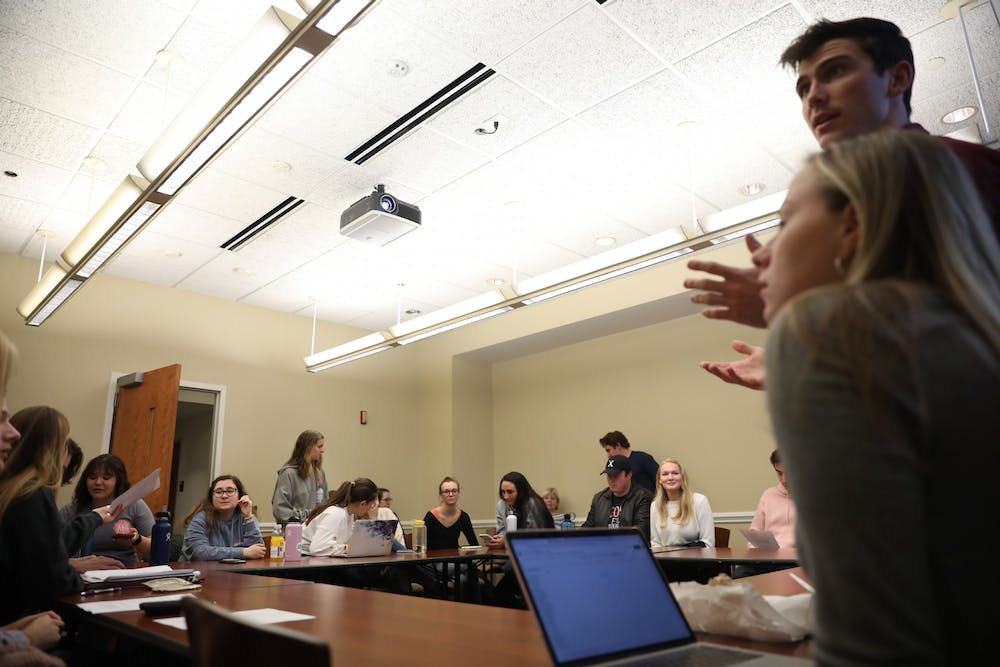 Photo by Mackenzie Wilkes | Elon News Network
A meeting of the Student Government Association on Feb. 23.

There were no students who chose to run for the position of executive secretary of the Student Government Association.

Selecting a secretary will fall to the new executive president, who will be elected on March 3.

According to Elections Committee Co-Chair Katie Park, once the president makes their decision, the SGA Senate will vote on the selection.

According to Julia Field, the current executive secretary, major responsibilities of the position include co-chairing the One Phoenix Committee and the Public Relations Committee.

The One Phoenix Committee is in charge of school spirit and community events, and helps plan Homecoming, tailgates, the Elon Ball and other special events, such as President Connie Book’s holiday party.

The Public Relations Committee runs SGA social media accounts and advertises for events in the form of flyers and online campaigns.

In a typical SGA business meeting, the executive secretary takes attendance and keeps track of what is said during the meetings. SGA began to vote electronically during meetings this year, but if that system crashes, the executive secretary would be responsible for calculating member votes, according to Field. They also create a weekly internal SGA email for members.

“I became drawn to the role because of the work that explicitly fell under the secretary role,” Field said. “For example, Homecoming and the Elon Ball, and just communicating with a lot of different stakeholders that SGA is partnered with and a lot of different organizations that SGA connects with, and that was the thing that really resonated with me.”

"LIVe in the moment. Take it all in. And don't count the days but make them count."

Field recommends whoever ends up filling the position should check their inbox often and to stay on top of all of the responsibilities of the role.

“Live in the moment. Take it all in,” Field said. “And don’t count the days but make them count.”