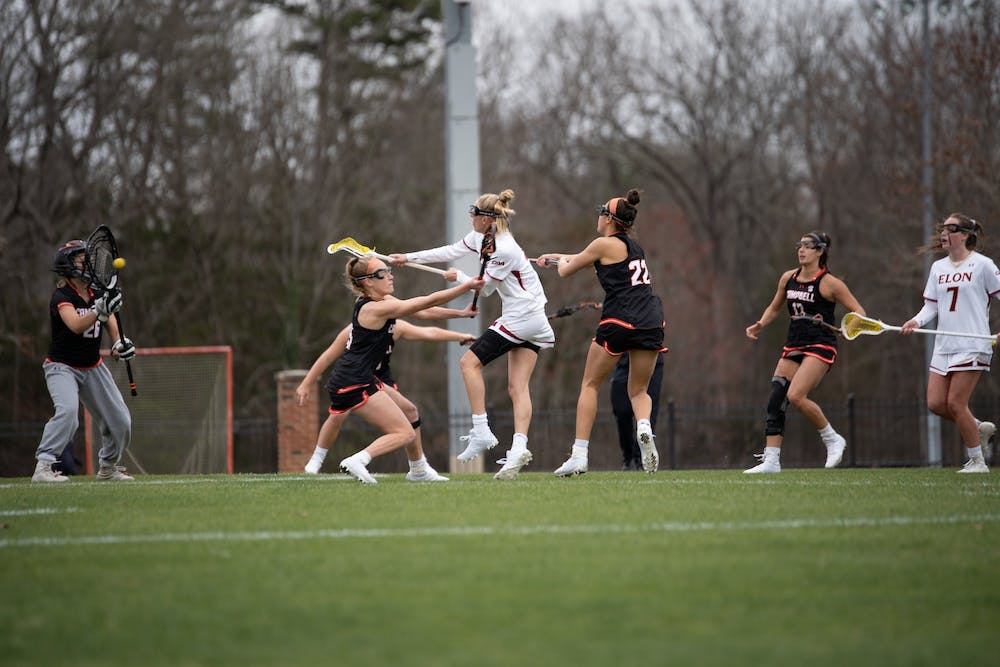 Elon lacrosse (1-0) routed the Campbell University Camels 12-5  (0-1) for its season opener against on Saturday afternoon. The Phoenix repeated dominance from last year’s opener when they defeated the Camels 15-5 on the road.

The Phoenix came out in today’s game and was very patient in setting up its plays which led to great looks. For the Camels, they came out running in transition and being very physical on both offense and defense.

After the game head coach Josh Hexter talked about how the team played well on defense and how hardworking the Phoenix played.

“We did well on defense, our goalies and our defense played well. We rode really hard and hustled, it helped us and we did great on the draw,” Hexter said.

In the first half, the Phoenix got out to a quick 2-0 lead. The opening goal came from freshman midfielder Cassidy Creighton. Then junior attacker Sara Bouwman found the back of the net. Bouwan and Creighton both finished with two goals.

The teams would trade a few more goals but the half would end low-scoring at 5-2 with Elon holding the lead.

The first half was a lot of the Phoenix playing great defense and holding the Camels to only two goals in the first half. Junior midfielder Quinn Daly said that the team learned from their scrimmage against No. 1 ranked women’s lacrosse team in the country, University of North Carolina Tar Heels. She said that improving their defense gives the offense opportunities.

“Leading into this game, from our scrimmage we saw that the defense really needed to work on clearing and I thought that we did a really good job and that gave our offense opportunities to score on offense,” Daly said

Coming into the second half the Phoenix would come out ready to put the game away. The Phoenix could not be stopped as they would rattle off five unanswered goals.

Campbell continued to stay aggressive, but it backfired. The Phoenix got back-to-back fouls and two 8-meter shots. Junior attack Mae McGlynn finished the second 8-meter attempt. After leading the team with 42 goals last year, McGlynn started off her 2020 campaign with two goals and an assist. McGlynn talked about the team’s mindset coming into today’s opener.

The Phoenix has two weeks to rest and prepare until they return to Rudd Field Feb. 22 to face off against the Virginia Tech Hokies.