Diversity at Elon is increasing, but the number of black students isn’t 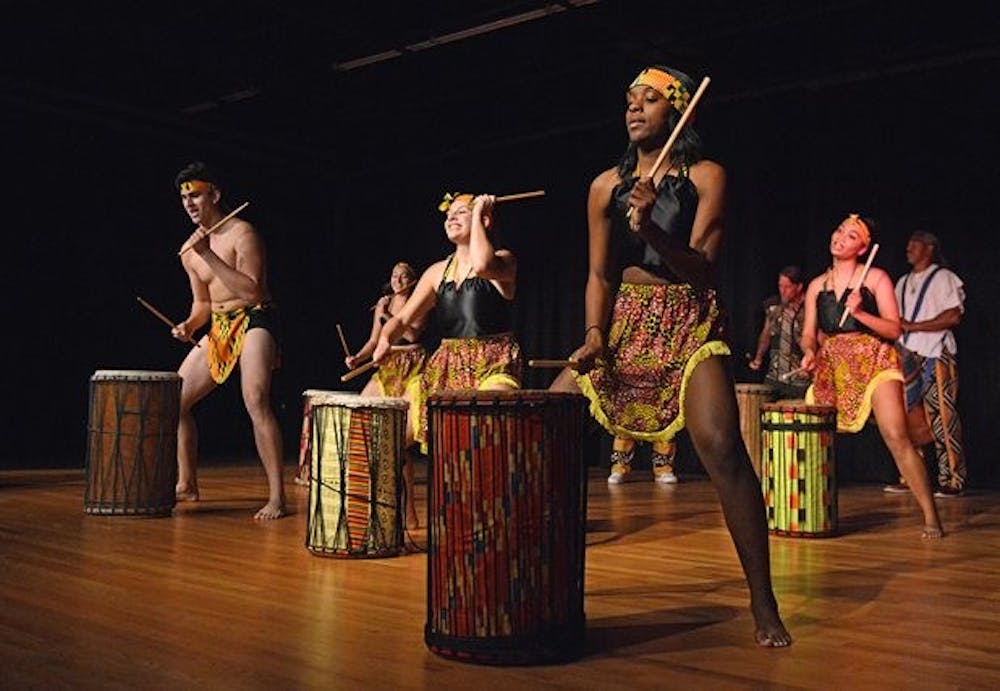 Held on May 17, 2018, the last ceremony featured a drum dance performed by students who took part in a Winter Term study abroad course in Ghana. [Courtesy of University Communications]

Now, freshman Trinity Battle is one of 342 black undergraduate students at Elon in the 2019-20 academic year.

Adorned on the wall at the top of the stairs to the second floor of Moseley Center — just steps from the Center for Race, Ethnicity and Diversity Education — are portraits of Phillips-Hightower and Perry to commemorate the experiences of black students at Elon. Battle said these portraits remind her of that history.

“I pass them every time I go to the CREDE, so it’s really nice to be able to look at them and be like, ‘I’m here because of them,’” she said.

The university has enrolled between 260 and 346, black students a year for roughly two decades.

While black student enrollment has remained steady, the number of students of color — which includes both black and other minority students — has increased.

One of the university’s goals in the 2030 strategic plan, Boldy Elon, is to “expand and diversify admissions” by recruiting from a wide range of races and ethnic groups in the U.S. and abroad.

The plan, however, does not specify what this recruitment looks like.

Elon’s black history began with Phillips-Hightower in 1963 and Perry in 1969, and a decade later, Bryant Colson was elected the first black president of the Student Government Association and became the first black editor-in-chief of The Pendulum.

While enrollment numbers of black students remain consistent, black student life continues to expand. Battle lives in the African Diaspora Living Learning Community that was created a year ago. She said living there helped her adjust to life on a predominantly white campus.

“I live on the floor. I’m always in the CREDE. I am just always injecting myself in situations where there will be people who look like me or relate to me on that level,” she said.

The university does have a plan to continue enrolling racially and ethnically diverse students — including black students.

Currently, there are 342 black students on campus, an increase from 260 in 2002-03, but the percentage of black students compared to the student population is lower.

This means that even though the university is enrolling more students, only a small portion of those students are black.

Zaiser said the university is seeking a class size of 1,725 for the 2020-2021 academic year and is looking to increase the number of ALANAM students, which includes African-American/Black, Latino/Hispanic, Asian/Pacific Islander, Native American, Alaskan Native and multiracial students.

There is no projected enrollment specifically for black students next school year, but Zaiser said the university wants to increase the racial and ethnic diversity of ALANAM students from the class of 2023’s 18%.

As the number of students of color increases, so does the percentage of black faculty. Over the past decade, the university has seen an increase in full-time black faculty from 5.5% in 2010-11 to 7.2% in the current academic year.

While Battle said she loves connecting with black students over shared history during the month of February, being black at Elon goes beyond the month.

“Because even beyond February, we’re still black,” she said. “We’re still happy about that. We’re still celebrating each other.”