Women's basketball topples Seahawks for its second win of the weekend

Phoenix climbs to the top of the CAA after win 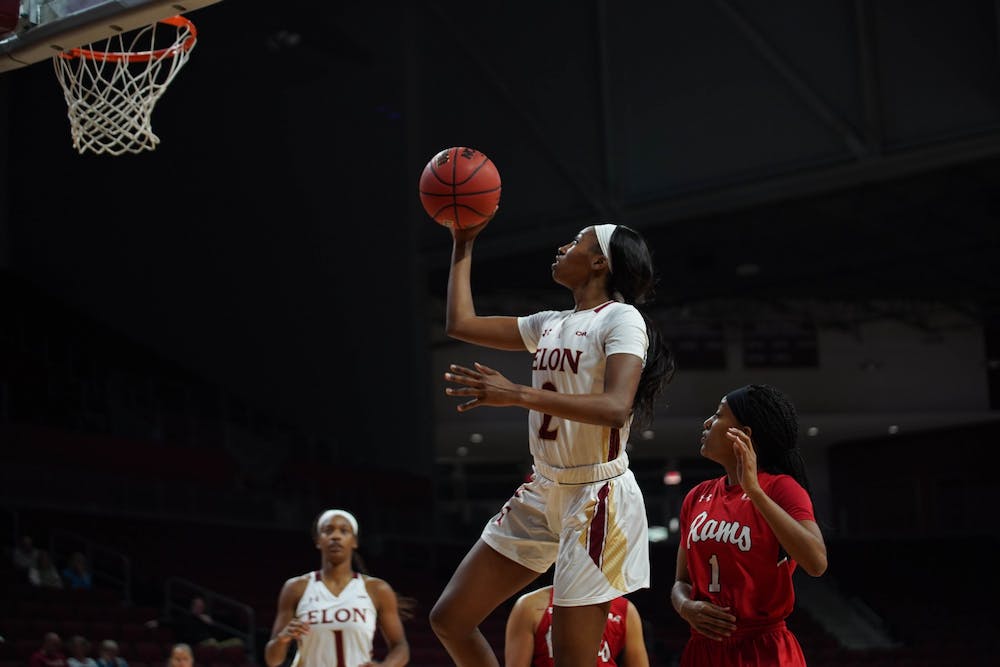 Elon’s second straight conference win today puts them as the number one seed in the CAA at 3-1.

The Phoenix came out fast, pushing the break whenever it could. Sophomore guard Brie Perpignan made her first two shots of game with a mid-range jumper and a layup. Perpignan’s fluidity as ball handler set the tone early in the game. UNCW was flustered on offense early with the Phoenix putting pressure on them, using the shot clock to their advantage.

“We have so much depth so I’m telling our team — don’t save yourself, give it all, give it everything you have when you’re out there,” head coach Charlotte Smith said. “We want to keep the game at a high pace.”

Struggling to keep up with Elon’s athleticism, the Seahawks were killed on the glass the first half. The one-two punch of freshman forward Maya Johnsona and junior guard Ariel Colón makes for one of the best rebounding pairings in the CAA. The two combined for a total of 15 rebounds in the game.

The Phoenix extended their lead to 36-18 at half.

“We were just executing our game plan and we knew what we had to do and we did it phenomenally tonight,” Perpignan said.

Changing things up to begin the third, the Seahawks tested a 2-3 zone to make Elon uncomfortable. The Phoenix struggled scoring initially, with a number of forced turnovers due to UNCW’s pressure. On the defensive side, the Phoenix held a strong back line the whole night, forcing Seahawk top scorer redshirt senior guard Gigi Smith to a mere nine points.

Steady scoring was led by Perpignan and junior forward Jaylin Powell. Perpignan finished with 22 points, 5 rebounds, and 5 assists while Powell chipped in 14 points and three three-pointers.

“We’ve definitely had moments [tonight] where we were playing our best basketball. We just need to keep improving off that,”  Perpignan said.

Elon will travel to Boston this Friday to play the Northeastern University Huskies at 7 p.m.