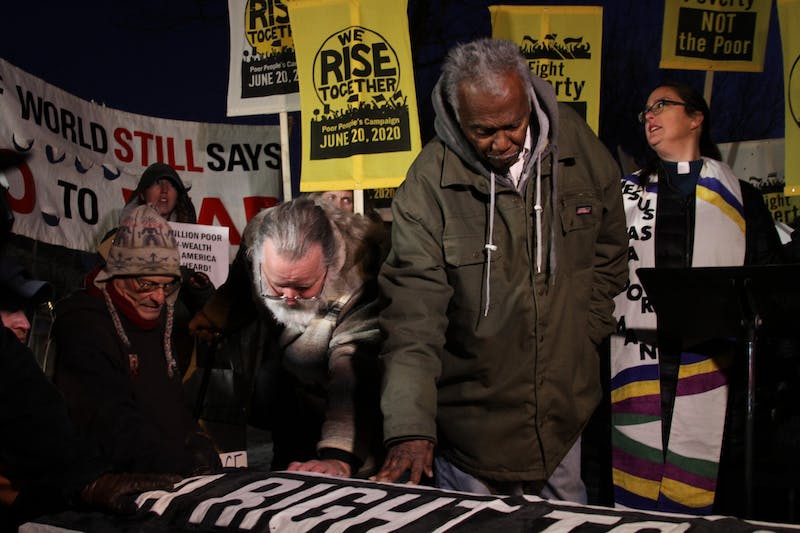 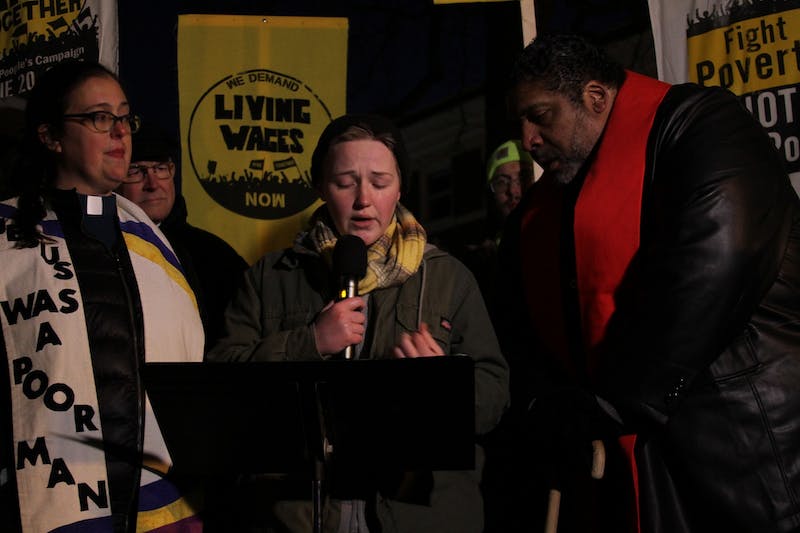 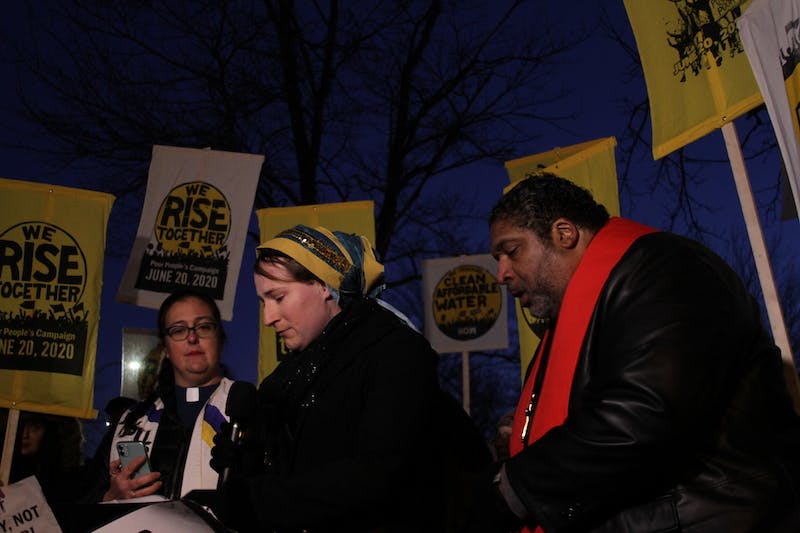 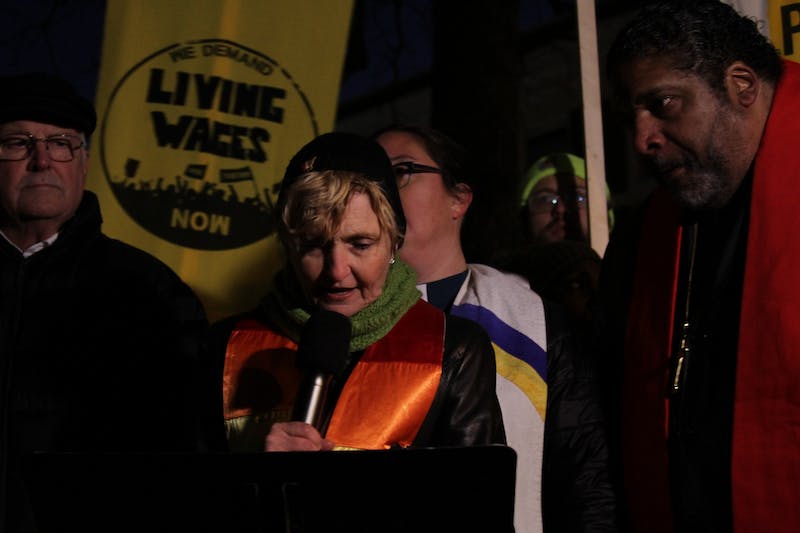 DES MOINES, Iowa — The Poor People’s Campaign took to the streets of Drake University, protesting a few hours before the CNN/Des Moines Register debate began on the university’s campus.

Co-Chair of the Poor People’s Campaign, Rev. Liz Theoharis said the group was demonstrating to demand the presidential candidates participate in a nationally televised debate focusing on the issue of poverty.

According to Theoharis, the protestors gathered in Iowa from all around the country. From Mississippi to North Carolina, demonstrators came to the state for a “moral march on the debate.”

“As we build power to change the narrative to impact elections and to push all of our candidates to come forward with real answer real solutions,” Theoharis said. “Listen to the people cause we actually have many of these solutions and enact them and we will keep the pressure up.”

Around 30 protesters came together, chanting “let’s fight poverty” and listening to a variety of speakers as they shared their personal experiences with poverty.

“I want to hear our presidential candidates discuss and debate their plans to end poverty,” one speaker said. “We have heard very little good news about the poor. I’ve heard plenty of discussion about the middle class and the rich.”

The demonstrators gathered around a casket, with a flag draped over saying “Everybody’s got the right to live,” meant to symbolize those who have died as a result of poverty.

“We will never forget you and we will forever fight to stop this death caused by public policy,” a speaker said. “We will live through our struggle and we will never stop struggling until our people live.”

Even though the organization has not reached its ultimate goal of holding a national debate on poverty, Theoharis said the protest at Drake was a success.

“What we did this evening is a victory. We were trending nationally on Twitter. We heard stories and voices that are not there's nearly dead silence on the issue of poverty,” Theoharis said. “Any opportunity we have to lift up the vision to lift up the stories to lift up the solutions.”