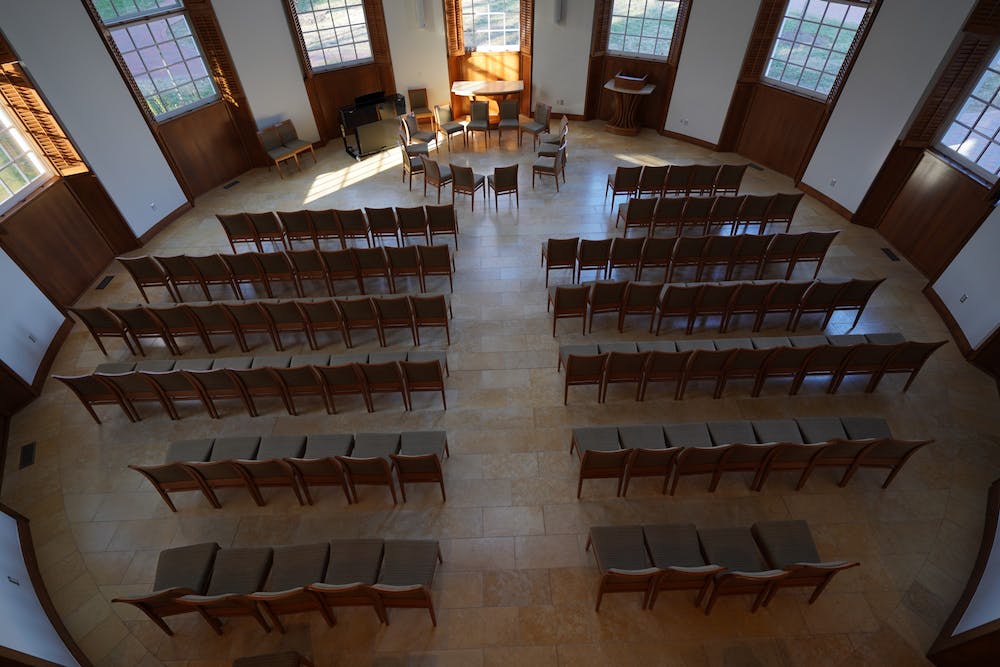 All of the event programs are hosted by the Truitt Center group. These events are normally spiritual or religious in nature. The Numen Lumen Pavilion holds the Sacred Space, which is open to all religions.

Every Monday at 7:30 p.m., Yoga Club meets in the Sacred Space with students and instructors. One of those instructors is Maggie Davis, a junior and the president of Yoga Club.

“It’s a really welcoming place. It’s large enough where we have had up to 115 people sometimes for meetings,” Davis said. “It’s calming and beautiful space.”

Yoga Club has been at Elon for the past seven years and has held meetings in Numen Lumen for five years. Before meeting in Numen Lumen, the group gathered in a room in Global. Davis spoke on her favorite moment in Numen Lumen this past semester.

“This semester, we had a guest instructor come to teach,” Davis said. “She taught us a really fun class where we all got into a giant circle. There were 95 of us. We all connected arms and did a tree pose together. It was a really cool moment where strangers were brought together in this room.”

There are no prerequisites required to become a member of Yoga Club. Freshman Sarah Hicks was proficient at yoga before joining the club.

“I really enjoy how they have different instructors each week. It changes things up and gives me a chance to try new things,” Hicks said. “It also helps me start the week off with good intentions.”

Numen Lumen will be hosting a personal story speaking series throughout the 2019-20 academic year.

Although Hicks was already experienced in yoga before joining the club, all group members welcome new beginners.

“I really like all the student instructors. They are so nice and encouraging,” Hicks said. “They make it a really great environment with no judgment. I also like having the meetings in Numen Lumen because when we do corpse pose and lay down. I get to look at the ceiling which is so pretty.”