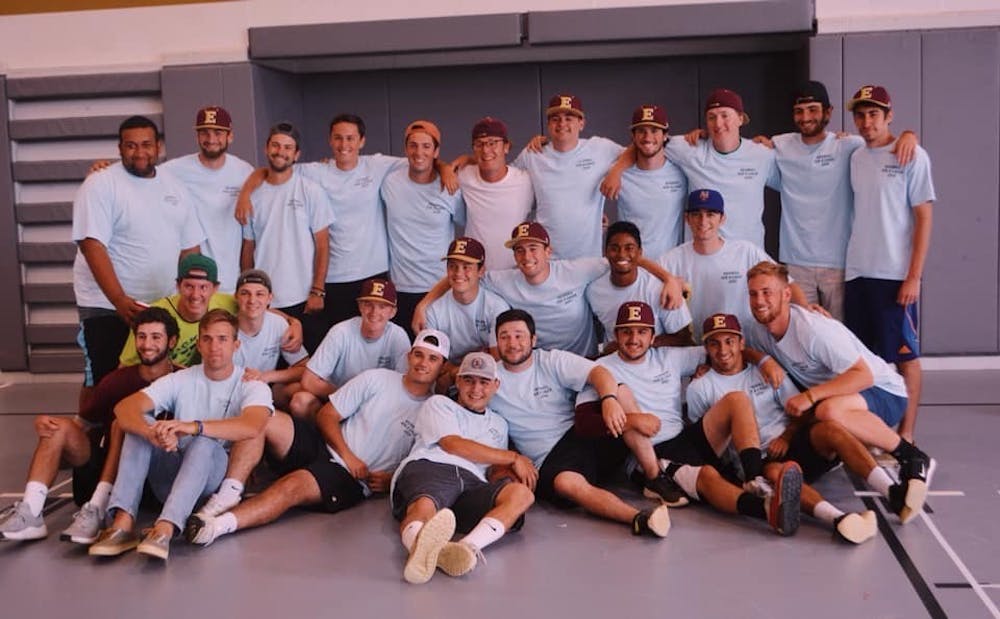 The club baseball team posing together for a group photo following the Dodge For a Cause charity dodgeball event. Photo submitted by Elon University Club Baseball.

Behind the Francis Center is the meeting spot for one of the most tight-knit organizations at Elon — Club Baseball.

The players on the club baseball team love the competition. Junior Jeremy Kagan, a middle infielder, said going to Boone, North Carolina to play Appalachian State will always be a special memory for him.

“We went to App State last year, and we swept them over the weekend. We won three solid games there,” Kagan said.

The team also actively participates in the community and gives back by helping charitable organizations, such as the American Foundation for Suicide Prevention.

“We do some great things with our team,” junior catcher Chris Gaeta said. “We set up those camaraderie events and get a big turnout most of the time, and it is always a good scene.”

The team has traveled all over the East Coast, recently making a trip to College Park, Maryland to play the University of Maryland.

Club baseball gives students who may not have been recruited to play baseball for college and who still have a love for the game the chance to play at a more competitive level or to have fun and make friends.

“I wasn’t ready to hang up the cleats after high school. But having that social and athletic outlet, we can play baseball and hang out with the guys on the team all the time. It’s the best of both worlds,” Gaeta said.

Club Baseball is all about making friendships on and off the field and helping the community. The team will face the University of Virginia on Feb. 10.