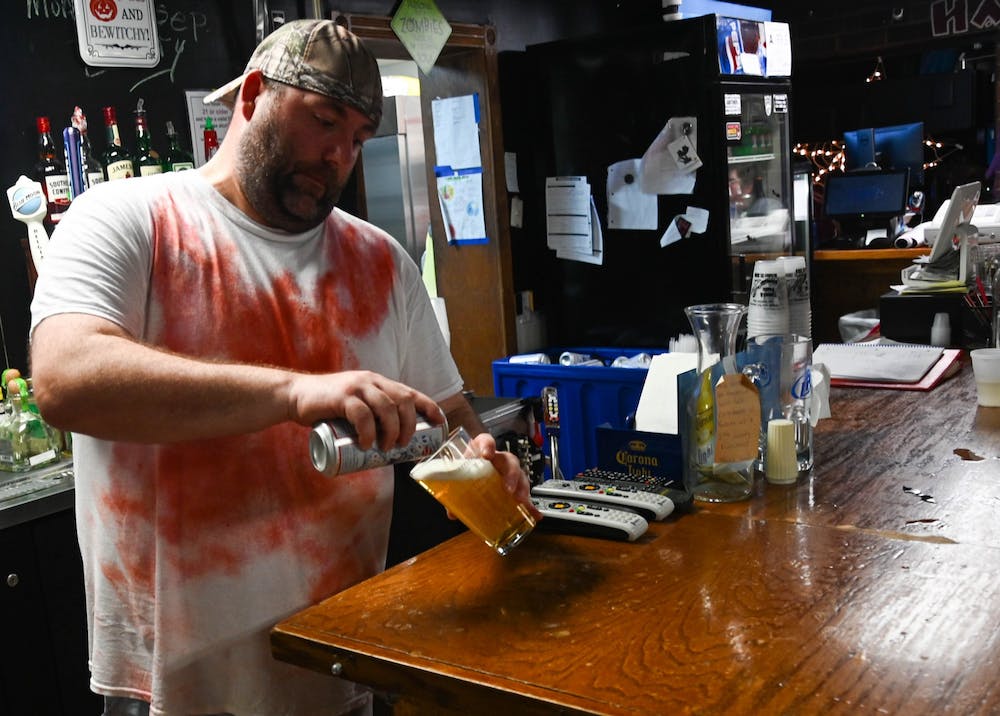 Photo by Luke Johnson | Elon News Network
An employee in costume pours a beer for a customer at Paulie’s on Halloween 2019.

Paul Jaskulski, owner of Paulie’s Pub and Grill, said he opened the bar out of a love for both cooking and college students. This is Paulie’s second consecutive year as the “Best Bar” in Elon.

“Our slogan is ‘The only dive in Elon,’ because everyone else is so fancy,” Jaskulski said. “We’re just who we are.”

According to Jaskulski, students of all ages come to Paulie’s for the friendly service and fresh food. He said the bar has a 100.0 sanitation rating from the North Carolina Department of Health and Human Services because the staff takes care in everything they do.

“What the students really like is we have a very nice local community that comes in here,” Jaskulski said. “It’s multicultural. The kids love being involved with people who are working, going to school somewhere else, who are here to watch football or here to eat.”

Senior Grace Stewart, a regular at Paulie’s, is a fan of the mozzarella sticks and $2 LIT (Long Island Iced Tea) Tuesdays.

This past Halloween, Paulie's hosted a wedding reception for its owner Paul Jaskulski and his bride, manager Tammi Perry.

“I like going to Paulie’s because my friends and I all have very different schedules during the day, and it’s a time when we all can hang out,” Stewart said. “I get to hang out with my close friends as well as get to know other people on campus.”

Jaskulski hopes to maintain Paulie’s reputation as “the hardest working bar in Elon.”

“Paulie’s will keep on doing what it does, and it’s what we do best,” Jaskulski said. “It’s family-oriented and out-to-please. We have a great value and great food for everyone who comes.”