The faces of homelessness in Alamance County 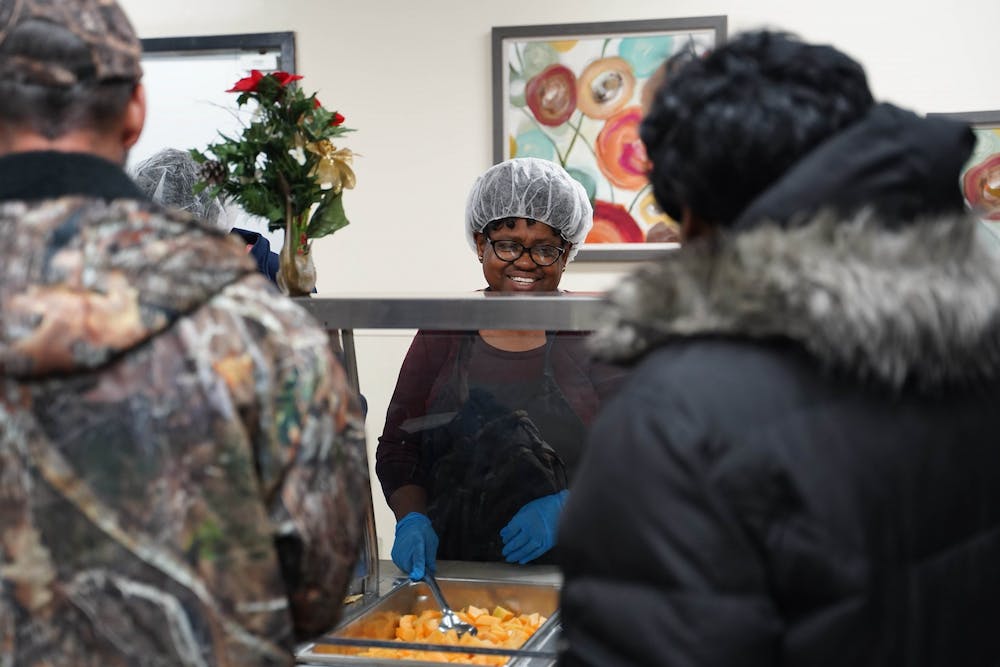 David Pirtle never thought homelessness could happen to him. In fact, he said, it “came out of the blue.”

“I had a decent job, I had a nice apartment,” Pirtle said. “I thought I was doing pretty well.”

Unlike many battles with homelessness that begin during adolescence, Pirtle’s story started in his twenties. At that age he started developing severe symptoms of a schizoaffective disorder — affecting his mood, memory and behavior — and lacked the necessary resources to find treatment.

It wasn’t until Pirtle found himself “train-hopping” around the country, eating day-old bagels in New York and living on a park bench in Washington D.C. that he realized the severity of his homelessness.

“If you had seen me on the street on the park bench where I ended up settling, you probably would’ve crossed the street to avoid me. I was filthy, I was stinky, I had a bag full of newspapers with crazy writing on them, I was talking to invisible people,” Pirtle said.

Pirtle shared his homelessness journey with Elon students at a panel discussion representing the National Coalition for the Homeless in Washington D.C. and emphasized the importance of sympathizing with the homeless.

“When you see people like that, we have a tendency to write them off or just say ‘that’s a shame, somebody should do something about that,’” Pirtle said. “But inside every one of those people is someone like me who just hasn’t gotten the help that they need.”

When Pirtle was arrested for shoplifting, he was let out on the conditions of staying at the local shelter and seeing a psychiatrist. Though Pirtle said the shelter conditions were harsh, with bed bugs, body lice and drug dealers, he found that the shelter “gave him some structure in his life.”

With the help of therapy, getting involved in advocacy and eventually finding his place with the National Coalition for the Homeless, Pirtle has been off the streets for 13 years.

Unfortunately, Pirtle’s story is not unique. Just as Pirtle’s mental illness left him homeless, people fall into the cycle of homelessness, “often through no fault of their own,” said Kelvin Lassiter, another panelist from the National Coalition for the Homeless in D.C.

Lassiter said, “It’s not how you start, it’s how you finish.” Allied Churches of Alamance County, the local homeless shelter in Burlington, said it is helping their homeless residents reach their finish lines.

From providing hot meals and warm beds to conducting mock interviews for residents seeking jobs, Allied Churches said it is taking steps toward giving the homeless community of Burlington a second chance at success. The organization takes in a range of clients, from single men and women to families, and gives each case a set number of days to live in the shelter as well as receive the guidance they need to get themselves and their families back on their feet.

During the panel discussion, Pirtle said many people experiencing homelessness can be reluctant to go to shelters because “not all of the shelters out there are great places.”

Case manager at Allied Churches, Sabrina Corbett, said shelters like those described by Pirtle are not hard to find near Burlington. According to Corbett, residents who go to Allied Churches from Durham are surprised by the clean and safe conditions of the shelter as compared to the ones they had previously experienced.

“We pride ourselves on keeping this place clean and safe, that’s our number one thing,” Corbett said.

Data from an economic snapshot done by the North Carolina Justice Center in May 2018 found that in Alamance County, 52.9% of residents pay more than 30% of their income on housing costs. This skews the debt-to-income ratio, resulting in a financial struggle for over half of the county’s residents. And for 14.4% of Alamance county residents, this financial struggle has resulted in poverty, according to the U.S. Census Bureau.

Residents at Allied Churches are given strict wake-up and “lights out” hours to help them shape their schedules and take advantage of all the resources provided at the shelter. The facility leads career workshops in their resource center and helps residents to look for jobs, write applications and practice interviews. Residents can also take on jobs around the facility, allowing them to develop their work experience and earn some extra money.

According to Pirtle, the initiatives taken at Allied Churches will most effectively help people to break the cycle of homelessness.

Pirtle said he sees little success in trying to “fix everything that is wrong with someone and then pronouncing them ready for housing,” especially when it is exceedingly difficult to be considered “ready for housing” when you’re living on a park bench or in one of these “madhouse shelters,” as Pirtle describes them from his own experience.

“Getting people into the security of a home, with case management and wrap-around services to help them deal with the issues that led them to homelessness in the first place gives them a foundation so that they can rebuild their lives,” Pirtle said.

At Elon, some students are taking their own initiatives toward change. Arianna Shahin, a service captain for Elon’s chapter for Habitat for Humanity sees homelessness as a large issue in Alamance County, “one that is often ignored.”

Through being an active volunteer for Habitat for Humanity, Shahin feels she has become more “cultured on the subject matter” of homelessness and more knowledgeable about the struggles facing communities.

“As a result of being involved with Habitat for Humanity, I feel as if I am stepping out of our Elon bubble to learn and grow as an individual within our community,” Shahin said,

Shahin mentioned the rewarding aspects of building homes for others and how important it is to make a difference in others’ lives.

“Seeing how happy the family was to have a home was proof that the work we do truly makes a difference,” Shahin said.

Campus Kitchen at Elon University is another group supporting change by hosting a series of events for Hunger and Homelessness Awareness Week including the “Faces of Homelessness” panel with speakers from the National Coalition for the Homeless in Washington D.C.

"I never thought in my wildest imagination, that I would be considered a homeless person."

National Coalition of the Homeless

“I never thought in my wildest imagination that I would be considered a homeless person,” said Cassandra Staton from the NCH. But Staton wants people to know that homelessness can happen to anyone and it’s important for members of the community to see homeless people as just that: people.

“The only real difference between someone who’s homeless and someone who isn’t is that they don’t have a home,” Pirtle said.

Lassiter, Staton and Pirtle encouraged the audience who attended their panel on homelessness to look at homeless people the same way they would anyone else, because one can never know if homelessness may befall them one day.

“Love is one of the kindest things that you can give to a homeless person. Don’t look down on them because you don’t know what their circumstances are,” Staton said.

The panel urged students to make a difference in people’s lives because kind actions can always have a greater effect on someone’s life.

“Quitting is not an option,” Lassiter said. He hopes people will not quit on those struggling in their own communities.