Members get the chance to kick their disciplines up a notch 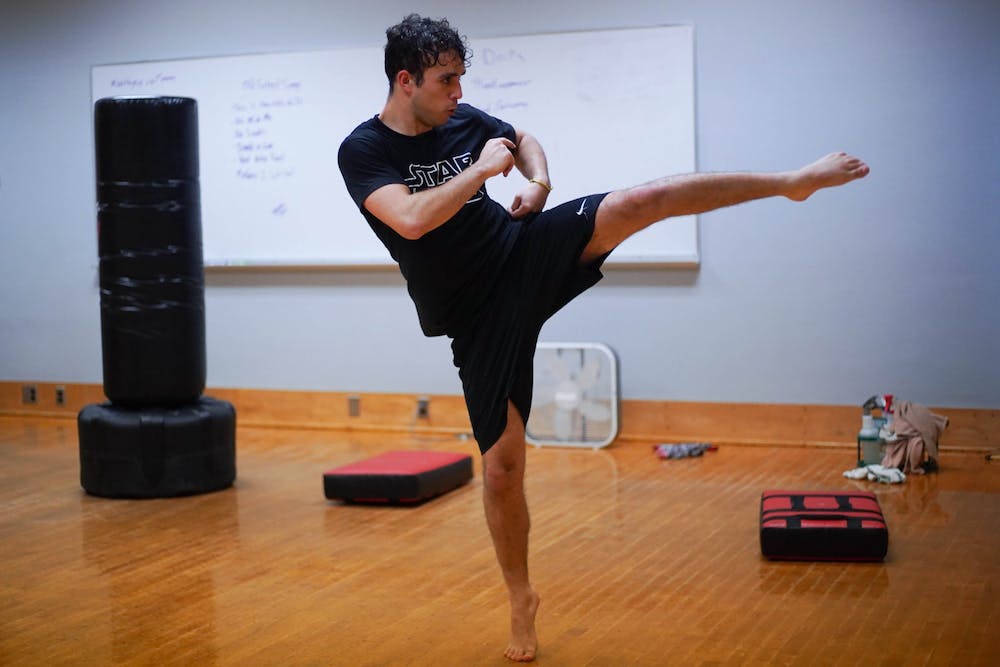 Elon University’s Mixed Martial Arts Club, also known as MMA, is a club sport where members practice different styles of martial arts, such as jiu jitsu, taekwondo and other forms of self-defense such as wrestling and boxing.

Elon senior and MMA President Andrew Schwartz said he is proud of the organization’s membership base and the way practices are conducted.

MMA membership has grown in recent years. According to Phoenix Connect, the club has 43 active members. Previously, meetings would only be made up of six or seven members, and each practice was devoted to one technique.

As MMA has grown, members have started preparing to participate in martial arts tournaments. Schwartz said older members worry about the possibility of the club’s vision shifting away from the traditional martial arts forms and focusing more on competitive styles like boxing and jiu jitsu.

“I don’t want this to basically just turn into an MMA/boxing/jiu jitsu club,” Schwartz said. “If people with backgrounds in taekwondo, kung fu, karate and Kenpo come in and realize that it’s not that kind of martial arts, there’s a good chance that they might not want to join because … they might not want to try something new.”

According to Schwartz, there is a possibility for members to get hurt, regardless of the style being practiced.

Schwartz said all members must sign waivers releasing the organization and the school from all liability in the event of an injury. To prevent injury, members are told to hold back their strength during practices.

“Doing judo, I twisted my leg the wrong way,” junior Jared Manley said. “It hurt for like a month or so, but it’s fine now. The club just kind of went on as planned. I had to sit out for most of the club for a couple of meetings.”

Despite the risk of injury, members are very passionate about the club.

“I joined the club in the first place because I have a big background in martial arts,” Schwartz said. “I do something called American Kenpo, which is something very unknown. I’ve been doing it for 16 years. When I was coming in, martial arts was one of the main things I was looking for because I wanted to continue while I was at school.”

According to Schwartz, prior experience is still a big motivator for new members. He said martial arts is not only an enjoyable activity, but an excellent way for people to remain physically active.

"The only cardio that actually helps me lose weight and keeps me in shape is boxing, and I love it."

“The main reason I joined MMA was to practice more boxing,” freshman María Torres said. “I’m not a big fan of cardio, like running, because my knees hurt, and I am out of breath all the time. The only cardio that actually helps me lose weight and keeps me in shape is boxing, and I love it.”

Schwartz said the future of the club is looking bright as new members continue to join in hopes of improving their skills and staying active.