Traffic shut down on both streets 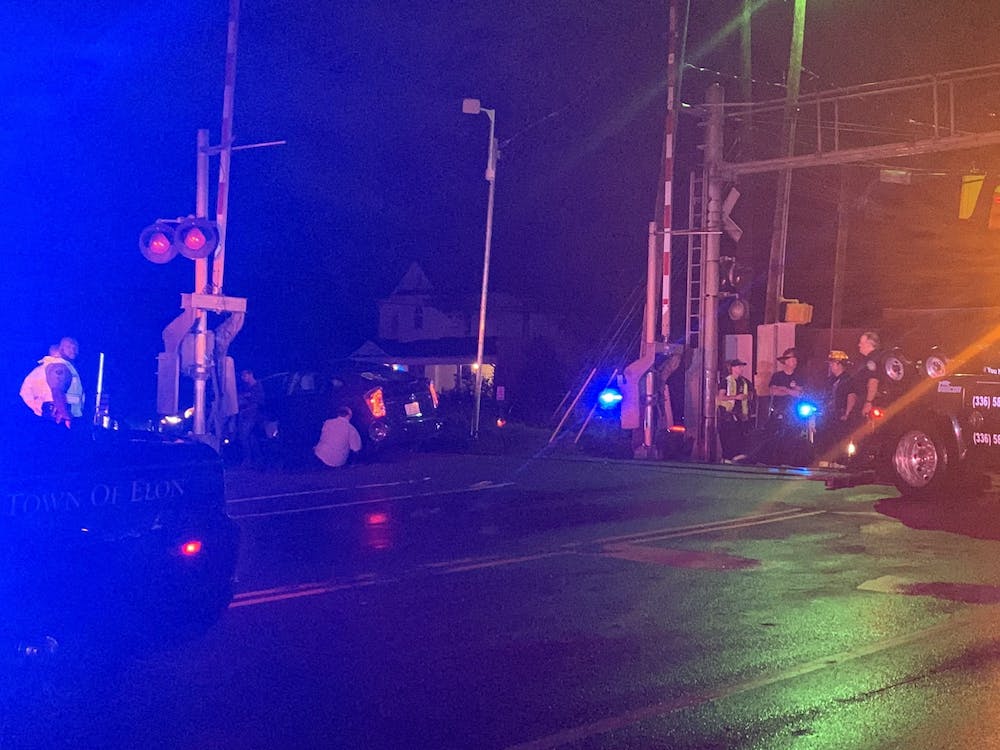 Update at 9:02 p.m. with more information about the incident.

A woman driving a grey Toyota Prius got stuck on the train tracks between W. Trollinger Ave. and N. Williamson Ave. on Oct. 31. Town of Elon Police and Fire departments responded to the scene. Traffic was held and directed to use two other crossing points; one at Ball Park Ave. and Church Street and another at W. Trollinger Ave. and S. Oak Ave.

No foot traffic was allowed to cross the tracks. The car was towed away from the intersection soon before 9 p.m. and traffic was opened back up in both directions.

According to town police, the woman was driving north on S. Williamson Ave. during the height of the rainstorm that swept through Elon on Thursday night. With low visibility, the woman made a right turn onto the train tracks, thinking it was the road. There were no major injuries and the car was undamaged. Norfolk Southern railway is assessing the railway to find any potential damages.

Amtrak #78 from Charlotte to Raleigh is scheduled to depart from the Burlington train station at 8:54 p.m. and pass through Elon. The train was delayed due to the incident and was still at the Burlington station as of 9:05 p.m.