The TED speaker talks about intellectual engagement and having difficult conversations 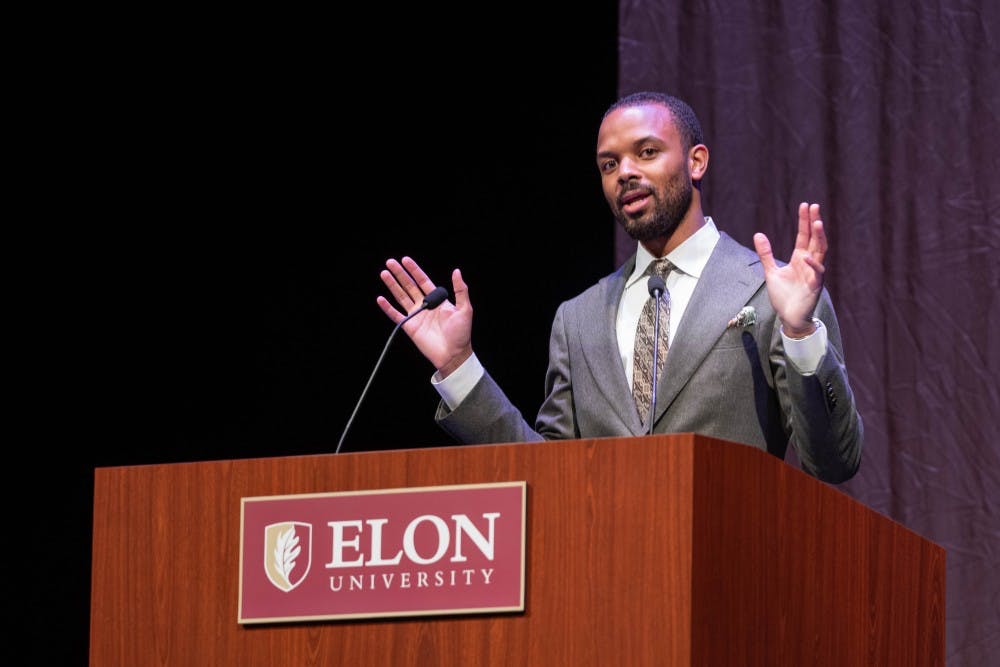 Zachary Wood, author of "Uncensored: My Life and Uncomfortable Conversations at the Intersection of Black and White America", visited Elon Tuesday Oct. 1 to meet with students and talk about how to navigate difficult conversations.

Wood was the president of “Uncomfortable Learning,” a student organization at Williams College which brought controversial and intellectual writers and figures to campus in pursuit of intellectual viewpoint diversity.

“As a new guy on campus I was interested in having conversations about tough topics,” Wood said. “I wanted to have an impact.”

Today, he still advocates for intellectual diversity and looking for common ground across American college campuses.

Wood has dedicated time to thinking about why Uncomfortable Learning and dialogue on college campuses meets such harsh resistance. “Ideas are threatening,” Wood said, “just like war is threatening, words have power.”

He added that “We could use more thoughtful, direct confrontation,” when discussing tough subjects. “We can also use more forgiveness and empathy,” Wood said.

Wood contrasted that by saying “We should stop blaming people,” in the realm of complex and nuanced topics.

His advocacy at Williams College was not without obstacles, often receiving threats and negative comments on social media and in writing. “I anticipated some push back, but I did not expect as much as I received,” he said in his speech.

Wood attributes his love of political science and learning about commonalities to his mother who was diagnosed with schizoaffective disorder when he was 10 years old.

He considers his experience with her an inspiration to connect with other people’s identities, experiences and beliefs in authentic ways. “I learned to study people because I had to study my mother,” he said.

"What we have in common is far greater than our differences."

Wood acknowledged that solving complex problems requires complex strategies and large amounts of effort and that “The truth is that change is difficult to achieve, it is incremental and slow,” he said.

Wood also discussed political divisions on campus and across the country. However, he is optimistic about what is achievable in the future. “What we have in common is far greater than our differences,” he said.

Wood will continue to focus his career on finding common ground with one another. “Because what good comes from division?” he asked.