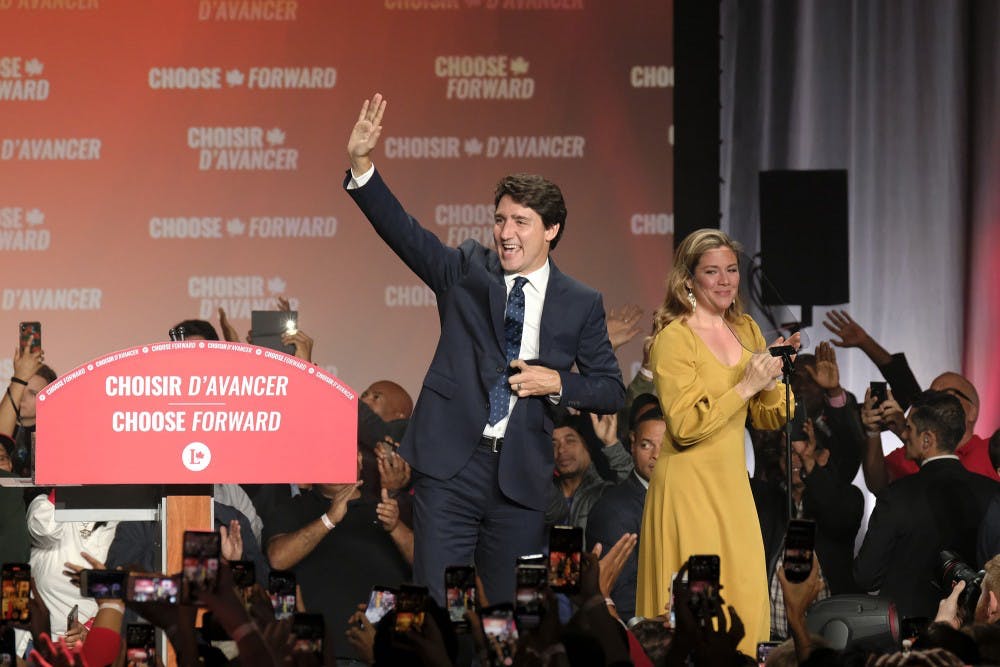 Justin Trudeau was re-elected to a second term as Canada’s prime minister after his Liberal party won the most seats in the House of Commons with 157 of 338 seats.

is the total number of seats in the House of Commons — 157 seats were won by the Liberals.

However, Andrew Scheer and the Conservative Party of Canada won the popular vote by a slight margin and took enough seats — 121 — to prevent the Liberals from forming a majority in the House. It is now projected that Jagmeet Singh, the leader of the New Democratic Party, and Trudeau will form a pact to create a majority in the House.

Rod Clare, associate professor of history at Elon University, teaches a class on U.S.-Canadian relations. Clare explains the ramifications of the election and the impact it has on Canada’s relationship with the U.S.

Q: What helped Trudeau get reelected?

When one party has the largest share of seats in the House of Commons, but does not have the majority of total seats in the Commons.

A: If you’re a majority government, by definition, you don’t have to negotiate with another political perspective. Whereas if you’re in a minority government, and you are forming a coalition, especially like in this case with the NDP … they’re going to want some concessions from you. And it’s going to be up to the Liberals to decide whether or not … the concessions that the NDP want from them be something that they could sustain in the long run.

Q: How do you think Trudeau’s reelection will impact the relationship between the US and Canada?

A: It’s interesting that Trump and Trudeau have had a rocky relationship. Trump has called Trudeau some names, but then he’s flipped and paid him compliments. One of the things that I think will help both the United States and Canada is the MCA — Mexico, Canada, America — replacement for NAFTA that was ratified among the three of them, but now they have to get their Congress to approve the measure. Trump is trying to do that in the United States. He will be more in line to continue that fight as opposed to, say if Scheer had been able to form a government.

Q: How did Barack Obama’s endorsement, a week before the election, affect the outcome?

A: I have not seen polling data as to whether or not it [Obama’s endorsement] influenced or took away [from it]. You could imagine that some people might see this as a strike against them because it could be seen as outside interference in Canadian politics.

It could be seen as someone on the more liberal side of American politics, endorsing someone who’s a Liberal in Canadian politics and other people might not like that.

So at this point, I wish I had more specific information as to whether or not it helped or hurt. … My off-the-cuff opinion is that it probably did not hurt. It may not have helped, but I don’t think it overall hurt him.