Missed opportunities doom Phoenix as it falls to Drexel 2-1 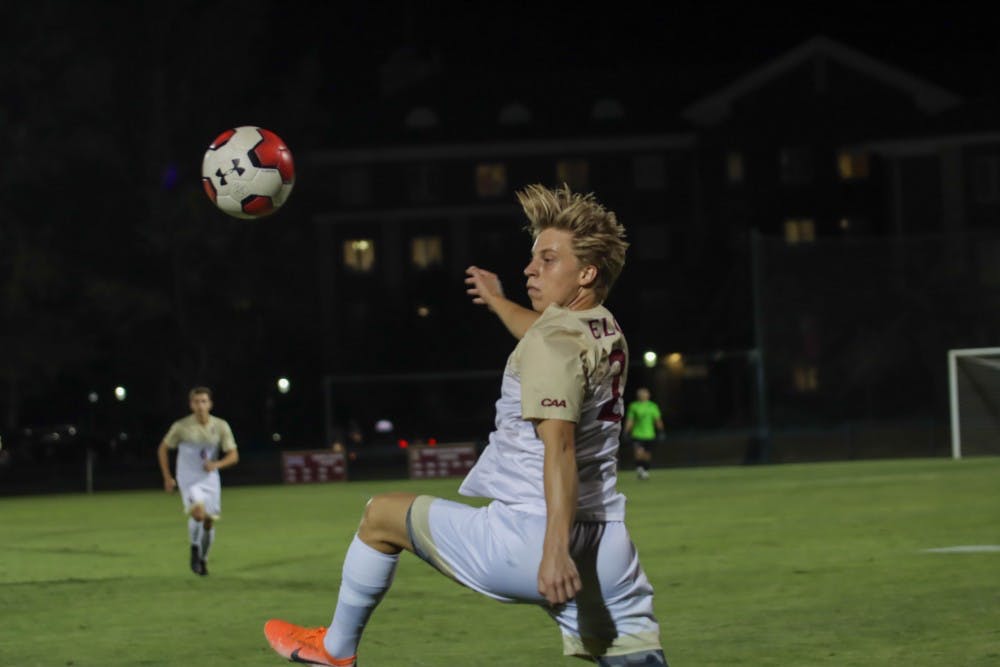 “It's another night where we dominated in, in pretty much all areas, a free kick on the edge of the box, that first goal went in on, and I thought we responded well enough, and had a ton of great chances. I mean, we smashed the crossbar, smashed the post twice,” head coach Marc Reeves said.

Elon looked solid on the offensive end, controlling the tempo in the first half. Despite several chances to score the Phoenix couldn’t find the back of the net. Senior defender Luke Matthews came within inches of finishing in the 13th minute, but the attempt was foiled by the Dragons redshirt junior keeper Cameron Sanders.

On the other side of the ball, Phoenix defenders freshman Kasper Lehm and senior Luke Matthews were very aggressive, shutting down the Dragons as they tried to jump to an early lead. Despite a number of opportunities for the Phoenix to score, Elon and Drexel went into the half knotted at zero.

The second half opened with a bang. Carrying their momentum into the latter half, Phoenix freshman forward Burl Shepherd provided the tiebreaking goal with assists from freshman forward Tuki Tayali and freshman defender Lewis Green.

In the 56th minute, momentum shifted in favor of the Dragons. Drexel earned a free-kick and fooled the Phoenix defensive wall, sneaking the ball underneath the feet of the Phoenix defenders and into the back of the net to tie the game 1-1.

The bulk of the second half was a chess match, with both teams matching each other’s intensity and playmaking, until the Dragons responded when Drexel sophomore forward Chris Donovan went one-on-one with Phoenix keeper redshirt-sophomore Alex Lorne and fired into the bottom of the net to put the Dragons in front 2-1.

At the end of the night, Phoenix was awarded eight corner kicks and couldn’t convert a single one.

“Sometimes you feel like things are going against you, and the only way to get out of that is by continuing to do the right things and try and tidy up some of the small pieces, like our discipline, or our quality in the final third,” Reeves said.

The Phoenix look to break its four-game losing streak in the CAA against the Tribe of William and Mary in Williamsburg Oct. 9. The team returns to Rudd Field Oct. 15 to face ACC foe, Duke University.