Phoenix are headed into the season looking to lay the foundation 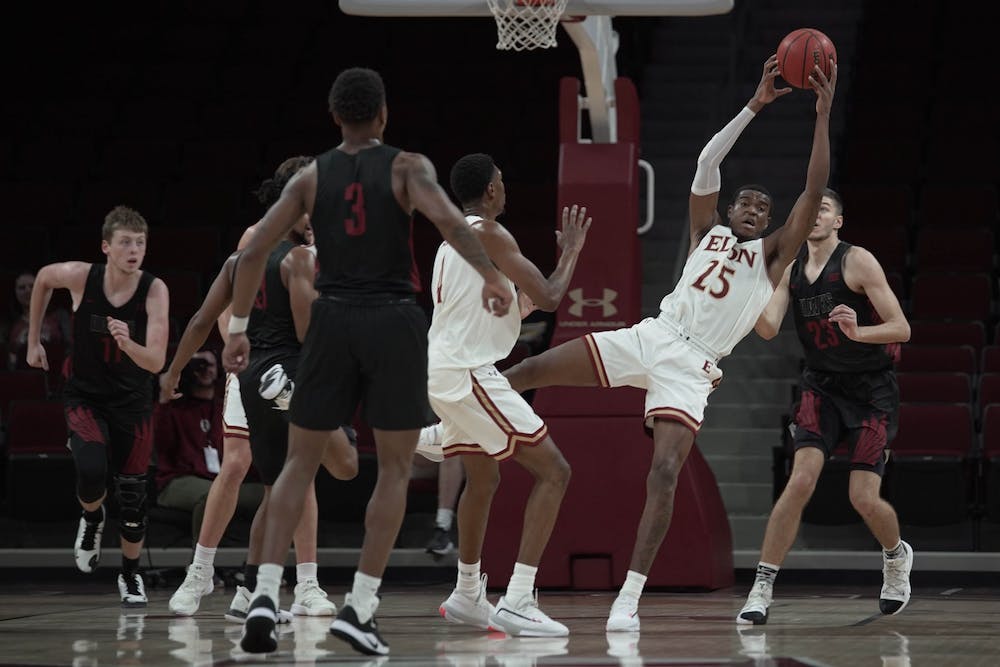 Elon University men’s basketball battled hard in their final exhibition game, before the regular season begins. The Phoenix hosted Indiana University of Pennsylvania at Schar Center on Wednesday, Oct. 30. The Phoenix beat the Hawks 79-71 in overtime.

“We knew what a challenge this was going to be for our group. And I hope everyone respects the program we played and elected to play. Like that’s a top five D2 program pretty much year in and year out,” Elon head coach Mike Schrage said.

This year it is a completely new coaching staff and completely different Elon team with four freshmen players and two transfer players as well.

“It’s just about getting better everyday building our program,building the family,the standards, the culture,” Schrage said.

In the first half, Elon came out fast and took a quick 11-4 lead. As the first half would carry on Elon’s freshman guard Hunter McIntosh would lead the Phoenix with eight points, three rebounds and an assist.

“Were going to experience a lot of growth. I attribute a lot to the summer, we all came here in June and worked hard over the summer and preseason. We’ve got to consistently work hard everyday,” McIntosh said.

Also in the first half another freshman, guard Hunter Woods, lead the Phoenix collecting big boards early with three offensive rebounds and four defensive rebounds. He also had eight points to help give the Phoenix a 30-25 lead going into half.

Elon would get tested coming out of the halftime break. IUP was led by their sophomore guard Armoni Foster who had nine points and four rebounds to begin the second half. As the second half progressedFoster kept IUP in the game carrying his team with 20 points and five rebounds.

The Phoenix came back and took a three point lead after being down by four. With just seconds left IUP Malik Miller senior guard came down and hit a clutch three to send the game into overtime tied at 65.

The Phoenix came into overtime looking to finish business. Elon took the victory over IUP winning in overtime 79-71. The Phoenix was lead by McIntosh finishing with 20 points and five rebounds. Graduate transfer Marcus Sheffield II helped push the Phoenix to victory with 16 points and seven rebounds.

The Phoenix will open regular season action against Mars Hill University on Nov. 5 at 7:30 p.m. in Schar Center.