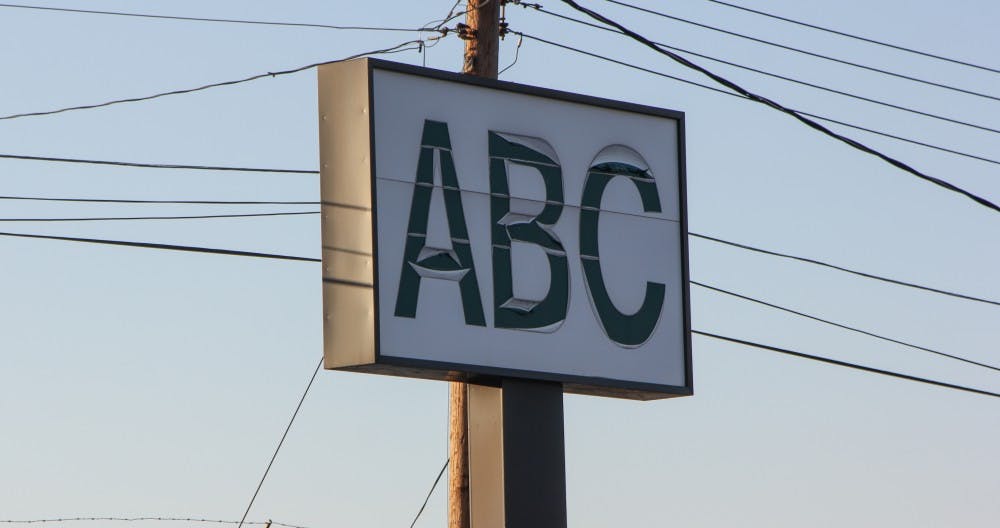 
A former female sales clerk is suing the Alamance Municipal ABC Board for wrongful termination and sexual discrimination.

A former female sales clerk of the Alcoholic Beverage Control is suing the Alamance Municipal ABC Board for wrongful termination and sexual discrimination. Among the pattern of behavior listed in the lawsuit are allegations that a male co-worker of the store would photograph customers — specifically female students from Elon University.

The lawsuit was filed Sept. 27 in U.S. District Court for the Middle District of North Carolina by Terri Wall, who worked as a sales clerk for eight years until she was fired on March 8. In the lawsuit she said that the rationale for her termination — taking mini-bottles provided by distributors to the stores, and soliciting items from distributors for a charity — were known and supported by other members of the board.

Wall claims in the lawsuit that she “was terminated based on her sex by, among other ways, pointing out the far more lenient treatment afforded male employees as compared to female employees.”

The “egregious behavior” of male co-workers detailed in the lawsuit includes drinking on the job, selling alcohol to underage customers, and numerous allegations of sexual behavior toward female employees and customers.

The lawsuit specifically refers to two employees by pseudonyms — “Mr. P” and “Mr. S” — who engaged in discriminatory behavior regularly that went ignored by supervisors.

In one instance, Mr. P “placed his hands on Ms. Wall’s hips from behind in a sexual manner. On other occasions, Mr. P would put his feet up on the counter and rub his groin when Ms. Wall or another woman was around.”

Wall reported these incidents to a former general manager who responded by saying Mr. P was “just a playboy,” who was “harmless” and “just likes white women.”

In the lawsuit, Wall claims this “egregious behavior” was an “ongoing joke” among ABC’s truck team and that the photos, taken on a cellphone, were shared among other male employees.

The lawsuit states the store received at least one complaint from a customer who felt “uncomfortable shopping” in the store where Mr. S worked because of his behavior.

The lawsuit does not state which ABC store this complaint was filed or where the alleged sexual harassment took place. There are five ABC stores in Burlington, Graham and Mebane that are within a 20-minute drive from Elon University.

A late afternoon phone call to the Alamance Municipal ABC Board seeking comment was not immediately returned.