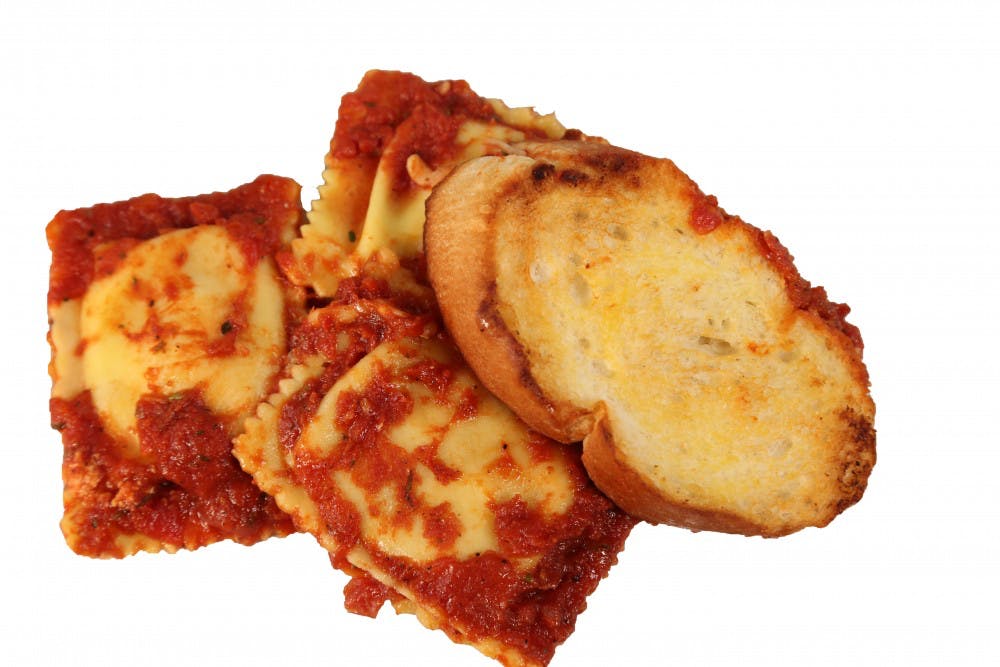 Only nine minutes from Elon University, nestled snugly between a law office and a realtor, lies da Vinci’s Table. The Italian restaurant serves up classic dishes, including vegetarian ones, lending itself to a more inclusive dining experience than many other southern restaurants. For those looking to have a date night without meat and hassle, da Vinci’s Table could be an option.

The restaurant, which opened in 2010, boasts “fresh, locally sourced ingredients when available,” according to its website. The restaurant’s owner, Lynn Heller, considers this a source of pride.

This food, which includes Italian staples such as various pizzas, subs and pasta dishes, has no shortage of options for any meat lover. However, there are also a variety of options for vegetarians.

Meatless dishes, such as the fettuccini alfredo and pesto tortellini, are available. There is also the option to substitute the restaurant’s meat sauce with marinara sauce in several dishes such as spaghetti, cheese ravioli, lasagna and eggplant parmigiana.

The cheese ravioli is served in a “generous portion,” according to the restaurant’s website. The dish is comprised of six large raviolis covered in sauce and topped with melted mozzarella cheese.

Cooked slightly less than al dente, which is the state of pasta’s firmness, the ravioli features a moist cheese filling. The accompanying garlic bread is lightly toasted and brushed with oil, leaving the slice crunchy while maintaining a softness on the inside.

The eggplant parmigiana, comprised of thinly sliced deep-fried eggplant topped with sauce, mozzarella and parmesan cheese, is also served with a side of garlic bread and what is described as a “generous portion” of spaghetti.

The breading on the eggplant creates a crunch in contrast to the creaminess of the cooked vegetable.

Da Vinci’s Table’s cheese ravioli costs slightly more at $12 compared to chain restaurants such as Olive Garden, whose Burlington location charges $8.99 for their version of the dish. However, their eggplant parmigiana costs slightly less than their chain competitors, at $13, compared to Olive Garden’s $14.29.

“We’re locally owned,” Heller said. “I’ve been in the restaurant business since I was 18 years old, so that makes me in the business more than 40 years. It’s something that I have a passion for, the people that I work with here every day love what they do, they love to cook just like I love to cook and serve people.”

Server Hallie Davis, who was recently hired at the restaurant, said she agrees that the atmosphere sets da Vinci’s Table apart.

"Usually it takes me a while to get warmed up in places, but I jumped right in, everyone's so welcoming."

“I love working here. Everybody’s so helpful, everybody’s super nice, and even in rushes like this everyone’s kind of catty, but they’re still … at the end of the day we really love each other and it’s like a family,” Davis said of her experience with Table so far. “Usually it takes me a while to get warmed up in places, but I jumped right in, everyone’s so welcoming, Lynn’s really nice … she’s really sweet, and I actually really like it here.”

While this family atmosphere is a draw for many of da Vinci’s Table’s patrons, James Kirkpatrick, a regular of the restaurant, said there are plenty of other reasons he keeps coming back.

“It’s convenient and the food’s really good,” he said. “The specials are great.”