Faculty hope for more representation in the Latinx community 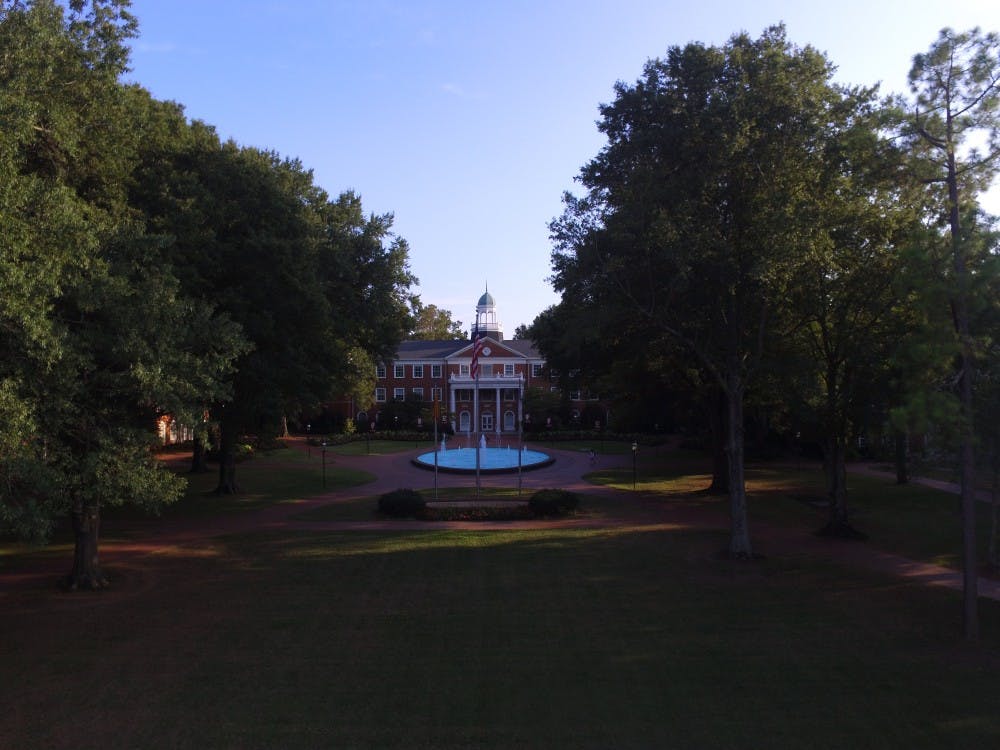 Only nine faculty members at Elon University identify as Hispanic, according to the Office of Institutional Research & Assessment 2018-2019 Fact Book. According to a report by the Latinx/Hispanic Working Group, this number falls well below the demographics of “peer and aspirant institutions.”

According to the report, Hispanic faculty and staff make up less than 3% of the total faculty and staff at Elon. This same group makes up “5.5% in Davidson College, 11.7% in Rollins College and 14.5% in Santa Clara University.”

Federico Pous joined Elon’s faculty in 2014, just after he received his doctorate in Spanish from the University of Michigan. Pous is from Argentina, where he studied sociology at the University of Buenos Aires. His teaching focuses on Latin American cultural and political dilemmas, as well as social justice

In his time at Elon, Pous has tried to create spaces where students feel safe expressing their identity. However, he would like to see more of these spaces created for the Hispanic/Latinx community.

“I would like to see an increment in the Latinx students, faculty and staff; to see this group merging more smoothly into the Elon community as a whole without having to feel that they are denying a part of who they are,” Pous said. “And to see more spaces where we can discuss these topics among different parts of the community.”

Originally from Costa Rica, Vanessa Bravo received both her master’s degree and doctorate from the University of Florida.

Bravo has released publications focusing on the lives of immigrants in the U.S. She said her interviews with undocumented women in North Carolina have particularly affected her.

“It was very touching to learn about women in the community being very afraid … feeling as if they’ve done something wrong when they’re just trying to give their kids some opportunities,” Bravo said.

Bravo said she hopes to see the university take the lead in creating a more diverse curriculum and community.

After receiving his Ph.D. in Spanish and Latin American literature and cultural studies, Pablo Celis-Castillo, decided that he wanted to teach — at a place like Elon University. Originally from Peru, and trained as a filmmaker, Celis-Castillo said he values the perspective he has gained from living in the U.S.

“I have learned a lot about my country from being away,” Celis-Castillo said. “A lot of the cultural problems … you see from a distance.”

Celis-Castillo hopes Elon can continue to be supportive of diversity while working to create a strong community among faculty, staff and students.

“I would like to encourage the development of stronger connections between the different organizations [around] campus, not just talking about only Hispanic or Latinx employees or faculty members, but just in general,” Celis-Castillo said. “All of us here are doing amazing things, and it would be really awesome if we were able to share it with our community because I think we all need more venues to do that.”

Juan Leal Ugalde arrived on campus only a few days before students moved in. Ugalde arrived after visiting his native country Chile, a trip he tries to take time for every year.

Ugalde previously taught at the University of Michigan, his alma mater, before arriving in North Carolina. At Elon, Ugalde hopes to teach students about Latin American history and advise students in the future.

“The thing that makes me happy and proud is to teach my knowledge to my students about Latin American history, … especially in the 20th century and how they can approach the past, but not only as a matter of the past, but also a matter that has many consequences in the present and in their life,” Ugalde said.

While Ugalde has only been on campus for a few weeks, he already has an interest in several aspects of campus life such as El Centro, Turner Theatre and study abroad programming.

Tita Ramirez came to Elon University in 2001 and has been teaching creative writing for the past 14 years. Ramirez said she represents the Latinx/Hispanic community in her teaching by incorporating texts written by authors of color.

Ramirez uses texts from Latinx/Hispanic writers such as Cristina Henríquez, Yaquira Díaz and Jennine Capó Crucet. Capó Crucet spoke at Elon’s visiting writer series in 2016 upon Ramirez’s invitation. It was after this visit that the university decided to make Capó Crucet’s “Make Your Home Among Strangers” the 2017 Common Reading for incoming students.

Ramirez wants the Latinx/Hispanic community to grow at Elon. She hopes to see more students and staff of color and recognizes that Elon is striving for that.

“I’d like for our international student numbers to grow, but I’d also like to see more students who are second-generation — born here in the U.S. with parents who came from Latin America,” Ramirez said. “This is an important demographic with a unique voice and unique perspectives that Elon could use.”