Cross country is staying on course 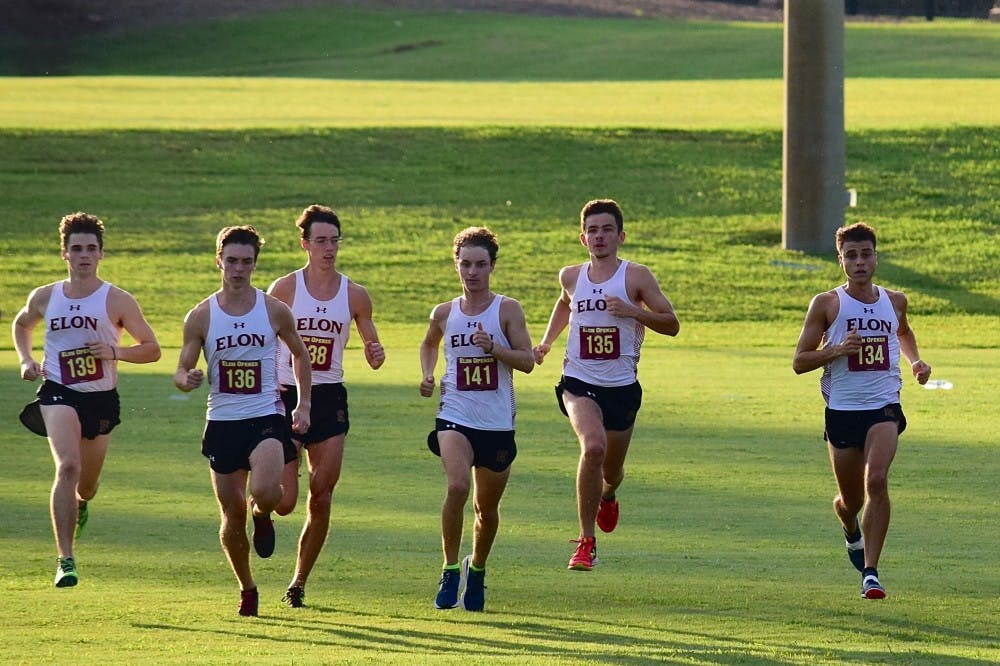 On average, recovery runs for Elon University’s cross country teams are seven miles, more than double the distance from main campus to Burlington.

Both of the Phoenix’s cross country teams are coming off one of the best seasons in Elon history — with the women’s team nearly clinching the conference championship and Nick Ciolkowski peaking after four years of excellence.

Head coach Kevin Jermyn is entering his second year at the helm of both the men’s and women’s cross country teams and is excited to see what both can do.

“Our upperclassmen know the philosophy of how I work. Now there’s a little bit more upperclassmen teaching down to the freshmen — it’s not just coming from the coach,” Jermyn said. “That helps us to be our best at the time of year we want to be our best because we know how this system is going to progress over the next two and a half months.”

The cross country teams joined the Colonial Athletic Association (CAA) in 2014. The conference is dominated by the College of William & Mary, whose men’s and women’s teams have won more than half of the conference championships in the last decade.

“William & Mary is the perennial champion in cross country,” Jermyn said. “They are the standard of excellence for cross country in the CAA that we will be trying to chase after and see if we can break in … and just keep on getting better and better each year.”

The Elon Opener on Aug. 31 is both team’s first race of the year. The outcome of the competition will form the foundations of Jermyn’s expectations for this season.

“We’re excited to keep our progression to see if we can keep on, step-by-step, getting a little bit better than the year before,” Jermyn said.

Young — that’s how Jermyn would describe the men’s roster this year.

“The men had their best team in school history and our best results at both the conference and at a regional level, but we have a brand-new roster,” Jermyn said. We have four guys returning from a roster of 10 from last year … We have big goals but we are a different team.”

Sophomore Andrew Miller, one of the returning runners who holds the team’s fastest time for both the eight and ten-kilometer race, has his eyes set for finishing in the top five of the conference this year.

Miller considers his personal time to be just as important as his team’s time.

"We're a really tight knit group right now and we all want each other to be great."

“It’s an individual sport, but the whole team contributes. There is a team score, we can win as a team,” Miller said. “We’re a really tight knit group right now and we all want each other to be great.”

Fresh from finishing one of the team’s best seasons, women’s cross country is hungry for the start.

“The women almost won their first conference title. It would be hard to start this year and not have that desire. They only missed by two points, that was almost just [a] one second separation,” Jermyn said.

The team’s near win last year was seasons in the making. Ever since joining the CAA in 2014, the women have finished in one of the top three sports in the conference.

Alexandra DeCicco is transferring to race for the Phoenix from Providence College. With only one year of eligibility left in the CAA, DeCicco’s performance in the Elon Opener and other early meets will determine whether or not this is season she will wear the maroon and gold.

According to DeCicco, whether or not she races for the Phoenix at official meets won’t affect her attitude towards the team.

“I’m a person that’s energetic and excited to be at practice every day. I hope that I’m someone that everyone can trust and that you can turn to me,” DeCicco said. “I’ll offer a smile and make [my teammates] feel better and get them excited to be here because it is something special to be competing at the college level.”