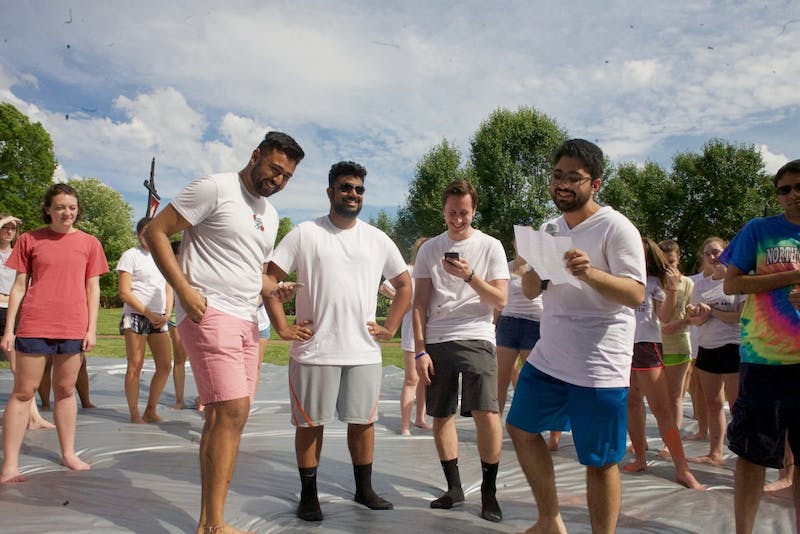 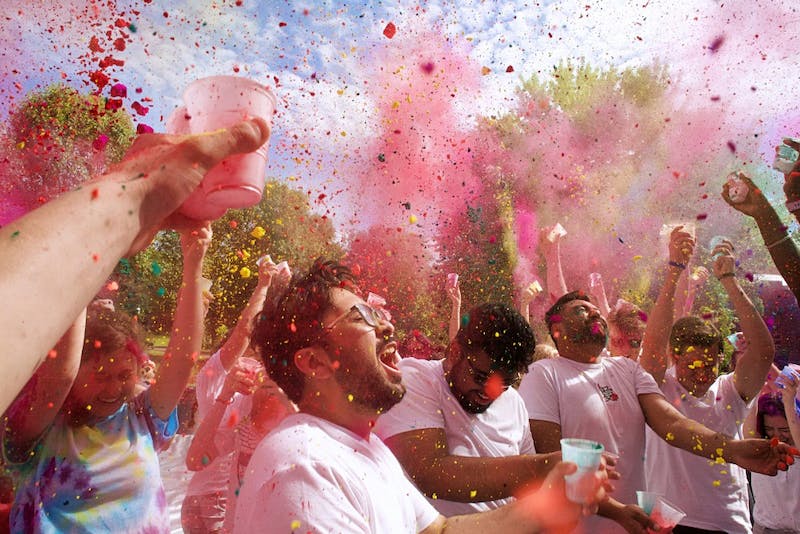 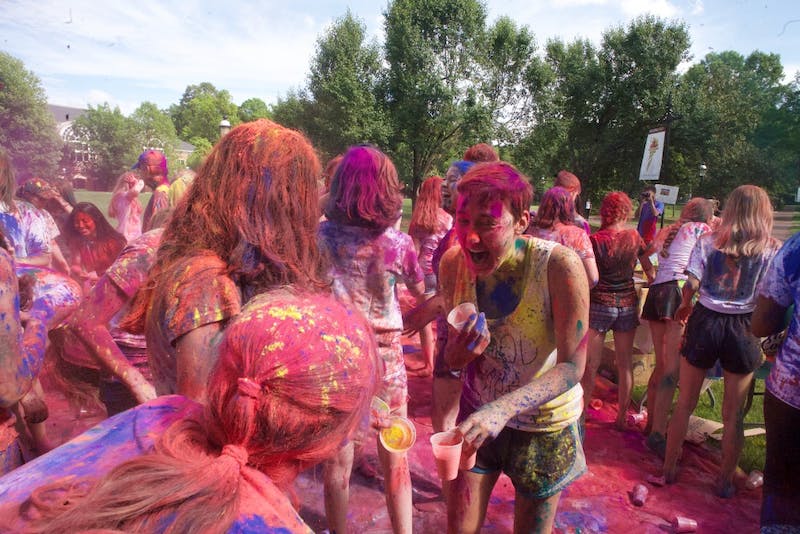 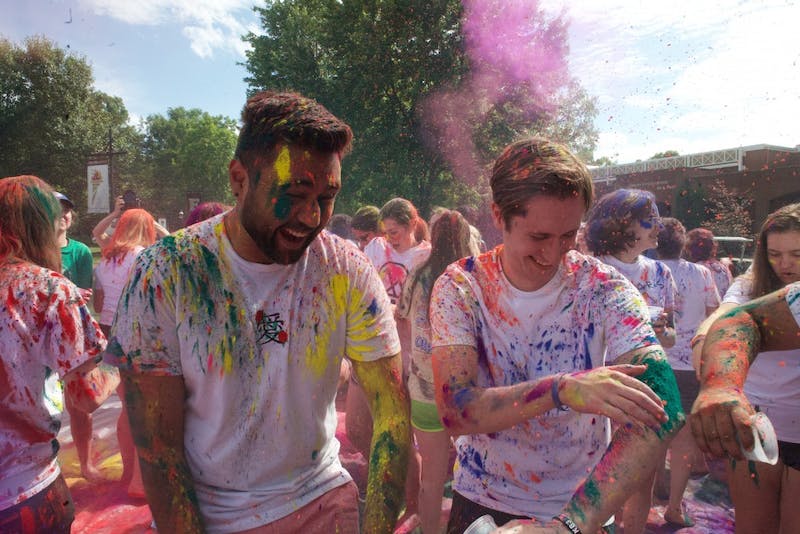 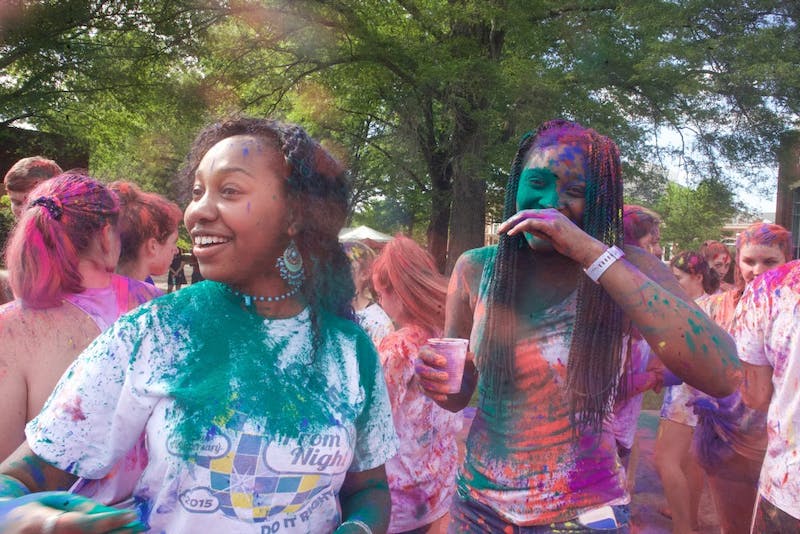 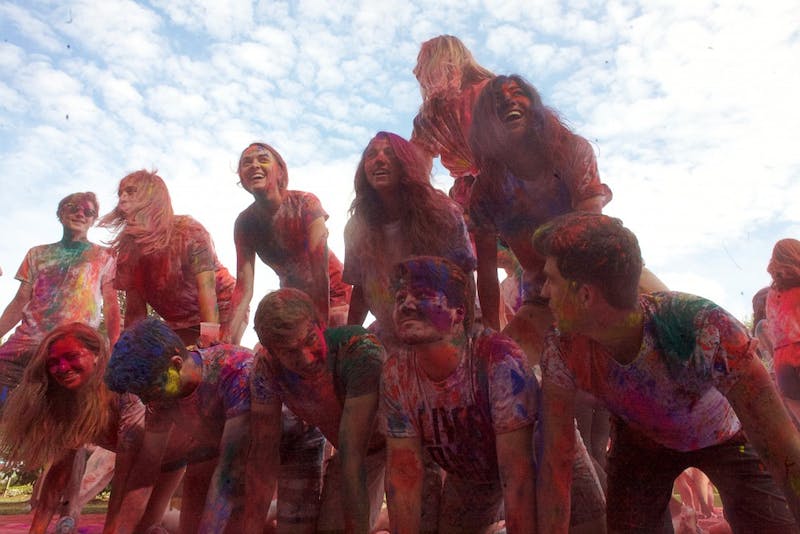 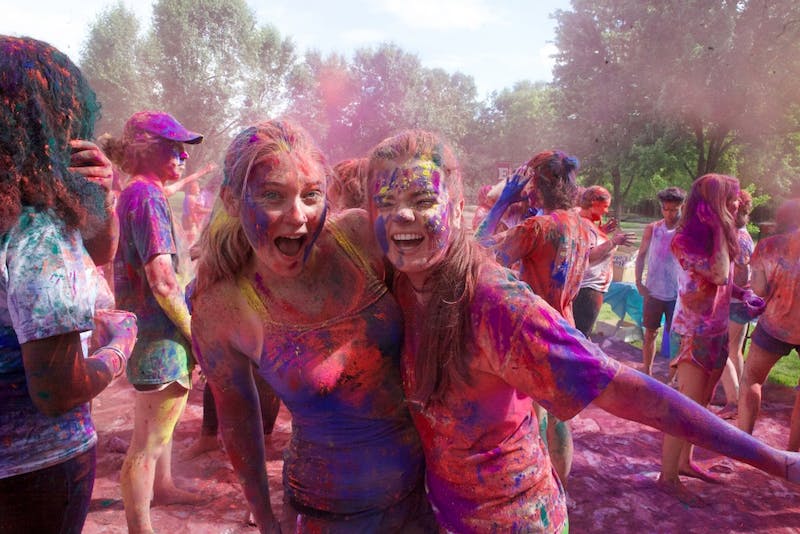 On Friday, May 3 at 4:00 p.m., the Holi Celebration was held at the Speakers Corner outside of Moseley, weeks after the official Holi celebration on March 9.

Holi is the Hindu Festival of Color and is observed at the beginning of March following the full moon. It is a celebration that glorifies abundant harvest and the fertility of the land.

Multifaith intern Catherine Francisco, helped orchestrate the 12th edition of this event and was enthusiastic about spreading more awareness and knowledge about the religious celebration.

“Orange is a very auspicious color in the Hindu tradition which just means it’s really lucky, so we have a lot of orange today,” Francisco said.

Although the event was rescheduled multiple times due to weather, the staff was not worried about the Elon community showing support for this vibrant event as it is the second most attended religious event aside from the Luminaries.

“What we really want to focus on is making this more than just an Instagram opportunity,” Francisco said. “We want people to know why it is celebrated in the Hindu religion and what significance it holds.”

Holi is said to be the enactment of a game the Hindu god Lord Krishna played with his friend Radha and the milkmaids. The story represents the fun and flirtatiousness of the gods but also touches on deeper themes: of the passing of the seasons and the illusory nature of the material world.

Sophomore Truitt center intern for religious and spiritual life, SJ McDonald didn’t believe that the delayed event would have any impact on the participation or impact of the event.

“Honestly, we’ve never had it at the same time as the actual festival due to spring break and what not, so we get to have our own celebration which is so nice,” McDonald said.

The afternoon event started with some of the Truitt center interns performing a skit of how the Holi festival began.

Over 50 students were there when the colors were first thrown, dancing and joining in celebration with Hindi music.

All of the colors used in the Holi festival have symbolic meanings. There were signs around the celebration that explained what each represented.

Blue is the spiritual complex of the Gods while green represents nature and happiness. Yellow is associated with a story from the Hindu’s sacred hymns where Lord Vishnu was said to have woven the rays of the sun into a garment for himself, according to Smithsonian.com.