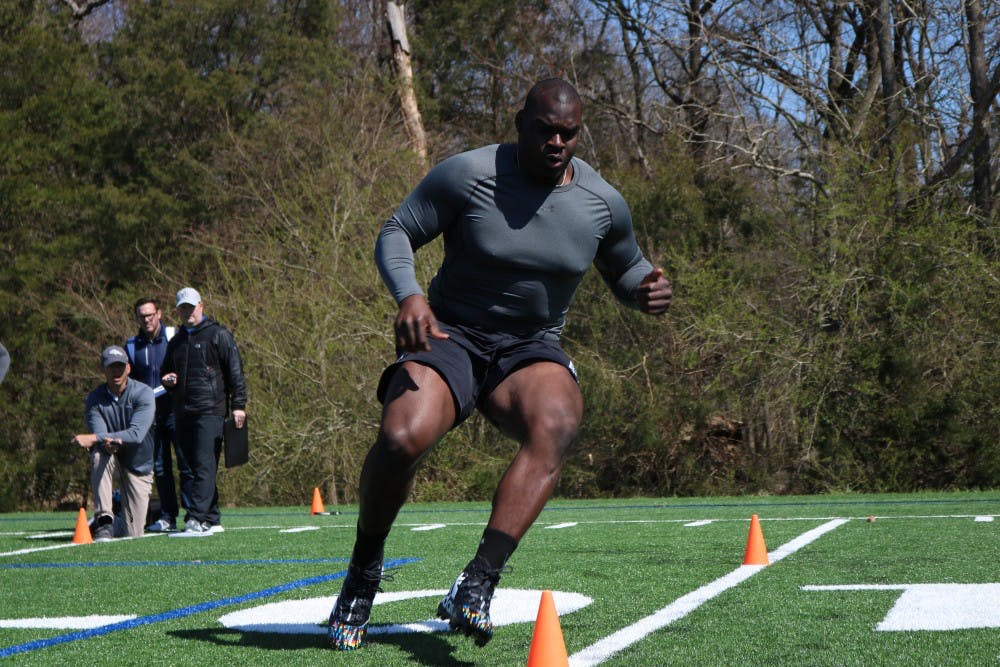 Olisaemeka (Oli) Udoh was drafted to the Minnesota Vikings with the 193rd pick in the sixth round of the 2019 NFL draft.

This selection to play at the next level makes Udoh the first Elon football player to be drafted since 2013 and the 12th player in Elon history to be drafted. His pick position in this years draft makes him the third highest Elon drafted player behind Rich McGeorge (pick no.16 in 1970) and Jimmy Smith (pick no. 102 in 1984).

Compared to the rest of the prospects in the draft class Udoh was the 12th offensive lineman selected and the second player in the CAA selected.

Udoh was an iron man for the Phoenix. After being redshirted his first year Udoh would start every game for the maroon and gold from 2015 to 2018. In this time he was selected to the All-CAA team twice. In his final year with the Phoenix Udoh was selected first team All-CAA and was selected FCS first team All- American by Phil Steele and Hero Sports. After the Phoenix were eliminated by Wofford in the FCS playoffs Udoh would go on to participate in the Reese's Senior Bowl Game, The East-West Shrine Game, and the 2019 NFL Combine in Indianapolis.

He joins a Minnesota team that went 8-7 last year and finished 2nd in the NFC North.