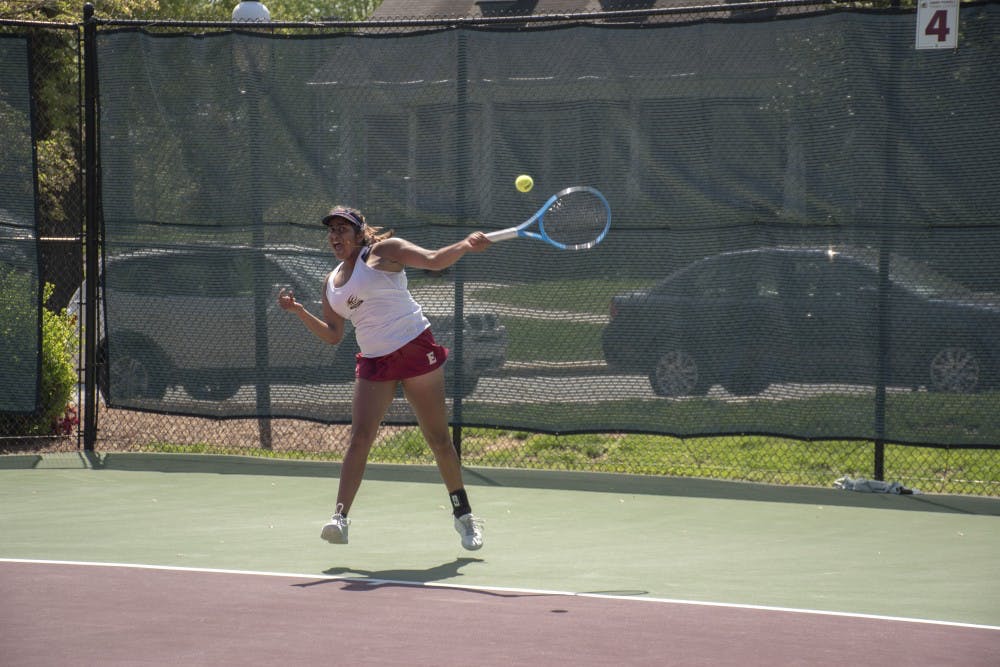 No.2 ranked men’s tennis cruised past No.7 ranked Hofstra 4-0 to advance to the semifinals of the Colonial Athletic Association (CAA) Men’s Tennis Championships on Thursday April 18 at the Jimmy Powell Tennis Center at Elon.

In doubles action, the team of senior Taylor Foote and freshman Dino Bonetta (4-7) started the afternoon of right for the Phoenix securing a 6-0 win over Ryan Hardin and Giacomo Pezzoli (8-14). This win from the three position gave an early advantage in hopes of securing the opening doubles point for the final scoresheet.

The Phoenix are set to face William & Mary in the semifinals on Friday in Greensboro. The teams will be playing in the Piedmont Indoor Tennis Center due to poor weather conditions being predicted. The match is set to start at 2 p.m.

The women’s team was able to win the doubles match to start the day. From that point the Phoenix eventually won out the singles matches 4-1. The clinch came from junior Alex Koniaev over Drexel senior Anisiya Simpson, Koniaev winning three consecutive sets to claim her victory.

“I just clinched the match for the Elon women’s tennis team, I can’t wait to do more,” said Koniaev after her match.

In the winning effort, freshman Olivia Archer also claimed a singles win, making that number 16 of the year.

The team will face the top seeded William and Mary in tournament on Friday.

Coach Elizabeth Anderson is excited for the chance to play the Tribe, and feel her girls are ready for the rematch.

“We just have really worked hard on developing our games over the past few months and I feel like all of the work has been put in at this point, so we just gotta go out there and take care of business tomorrow,” said Anderson.

The match will be at the Piedmont Indoor Tennis Center in Greensboro at 9 a.m.