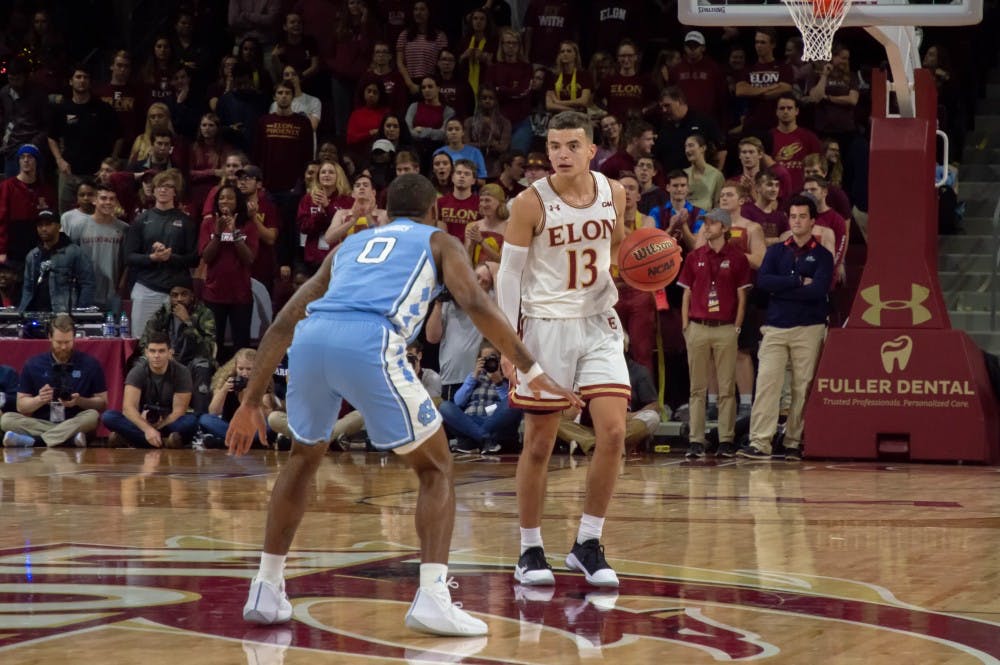 Redshirt senior Dainan Swoope declared he will be transferring to Sam Houston State University for the 2019-2020 season. The former Elon University point guard made the announcement via his Twitter account on Thursday afternoon. The news comes after Swoope entered the NCAA Transfer Portal in March.

Swoope missed most of the 2018-2019 season after having season-ending leg surgery. His final game in a Phoenix uniform came on November 23 against the University of California, Riverside. In five games last year, the Kansas native averaged eight points and had a field goal percentage of 43. Swoope was granted a medical redshirt as a result of his injury, which allowed him to be eligible to play in the upcoming season.

In his first three years as a Phoenix, Swoope played in 96 games, with 54 starts, and racked up more than 1,000 points. He also ranks in the top 10 for three pointers made in program history.

Head coach Mike Schrage will be working a young squad in his first season at the helm. With Swoope's departure, the last remaining senior on the roster will be Maxwell Chester, who has only appeared in one game in his Elon career, which was during the 2017-2018 season.