Agreeing to Disagree: The proposal to create community ministries on campus

New initiative will allow religious organizations to follow own principles 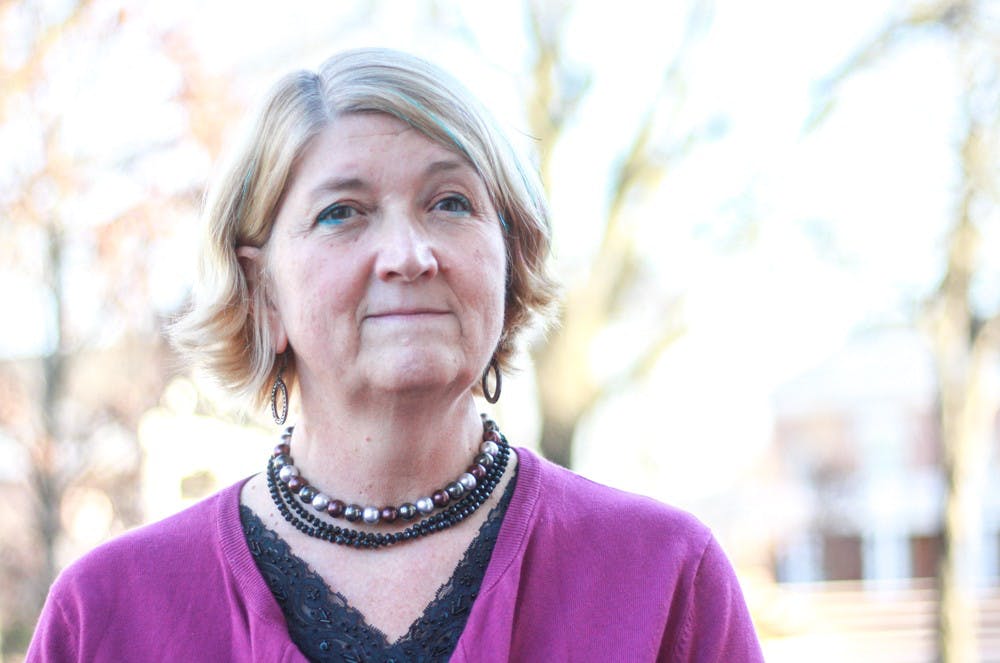 Photo by Abby Gibbs | Elon News Network
Jan Fuller, university chaplain, and her coworkers will permit religious organizations to become community ministries. She said there are pros and cons about creating this status.

In June 2019, Elon University’s religious student organizations will have the option to convert to community ministry status, trading SGA funding for the freedom to enforce their own criteria — regardless of university
policy.

Elon’s Truitt Center is already home to recognized student organizations and university programs that abide by a set of core principles, said Joel Harter, associate university chaplain and director of the Truitt Center, in a town hall meeting on Feb. 19. These principles include behavioral standards, required student-led meetings and leadership selection, acceptance of all students in good standing with the university and a nondiscrimination policy.

The list of organizations looking to become community ministries includes Campus Outreach, YoungLife, Fellowship of Christian Athletes, InterVarsity and Chabad – a Jewish organization that is currently not recognized by the university.

This change will make everything more transparent so that people aren't tricked into going to an organization, then come to find out that they have secret beliefs.

“By calling it a community ministry, we’re saying this community group isn’t exactly an Elon group,” Harter said. “We’re giving them permission to work with students, but we’re not exactly funding them.”

University Chaplain Jan Fuller and her coworkers drafted the plans for community ministries years ago, but they were laid to rest until recently.

“We’ve been playing a little fast and loose with those core principles,” Fuller said.

Though community ministries would no longer be eligible for university funding, they would have the same access to campus as recognized student organizations. These ministries would also be able to implement their own beliefs on the condition of
transparency.

“We’ve created this third category to help groups who can’t fully comply with the core principles and the nondiscrimination policies of the university, to permit them to stay on campus with us,” Fuller said. “We did it to preserve our relationship with some of our Christian groups.”

One of these groups is Elon’s chapter of InterVarsity.

Elon junior Caroline Enright held a leadership position in InterVarsity until the discussion of becoming a community ministry came about in October 2018. It was brought to her attention that InterVarsity maintained a statement on homosexuality, which defied her personal beliefs.

In a meeting between student leaders and the group’s staff affiliate, Enright learned that keeping her leadership position would require compliance with the organization’s views.

“In that meeting, it was made clear to the student leaders that if we disagreed with that statement, we were not allowed to be leaders anymore, which is in direct contention with student organization requirements and nondiscrimination policies for Elon University,” Enright said. “At that moment, it was no longer a student organization because not only were students being removed because of their personal beliefs, but staff were making a decision that should have been from student leaders, if not the whole
community.”

Enright, as well as several other student leaders, stepped down from their positions that day.

In the past two months, InterVarsity’s presence on campus has declined. The organization still holds small group sessions throughout the week, but no longer holds large group sessions due to a lack of student leaders.

InterVarsity’s national website reads, “As good citizens on campus, we assert that Christian organizations should have the right to require their leaders to believe and follow the traditional Christian principles and goals of their organization based, in part, on the free exercise clause in the First Amendment to the U.S. Constitution and, in part, on simple logic — it upholds the integrity of the
organization.”

Representatives from Elon’s chapter of Intervarsity were contacted and declined comment.

In the town hall meeting, Harter said that community ministries could require student leaders to sign agreements of assent.

“Some groups are not asking you to sign it so much as they are asking you to say that you don’t disagree with it,” Harter said. “I believe that our groups don’t intend to hate or hurt anyone. They might have beliefs that some people don’t like, and we’re asking them to be transparent with those
beliefs.”

Fuller said the creation of community ministries would come with benefits and drawbacks.

“I think the advantage is that it gives some of our Christian groups more freedom to really articulate who they are, what they believe, what their standards are and what their practices are,” Fuller said. “The clear disadvantage is that community ministries are not going to get money from SGA that comes from student
fees.”

Some students at the town hall meeting raised concerns about having to pay separate student activity fees for their organization, but Enright believes community ministries should not receive SGA
funding.

“I don’t think it’s fair for students belonging to the LGBTQ population — their student money — to go toward groups who see them as not equal or, as IV would say, ‘sexually broken,’” Enright said.

She wishes community ministries had been created sooner as her organization’s views would have been made clearer.

“I think that if this change had been in place, it would have protected the members of the IV community who either felt forced out of their position like I did or felt lied to or betrayed,” Enright said. “This change will make everything more transparent so that people aren’t tricked into going to an organization, then come to find out that they have secret beliefs.”