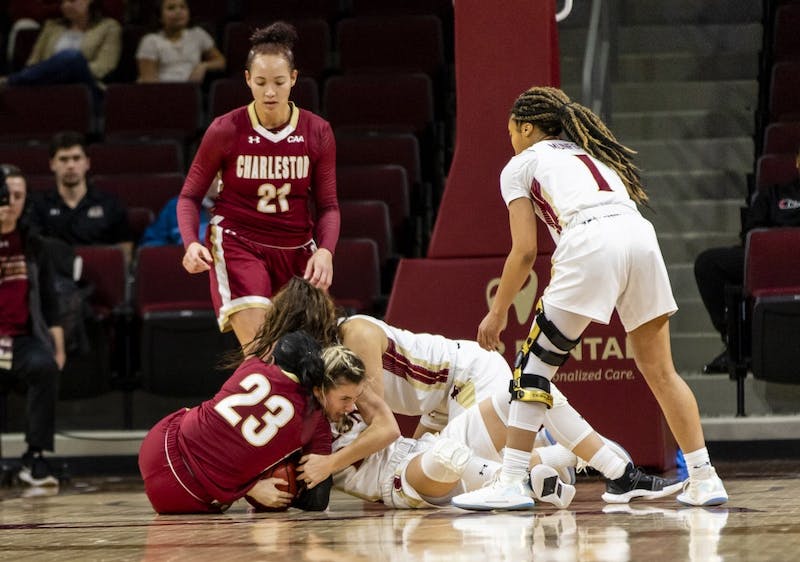 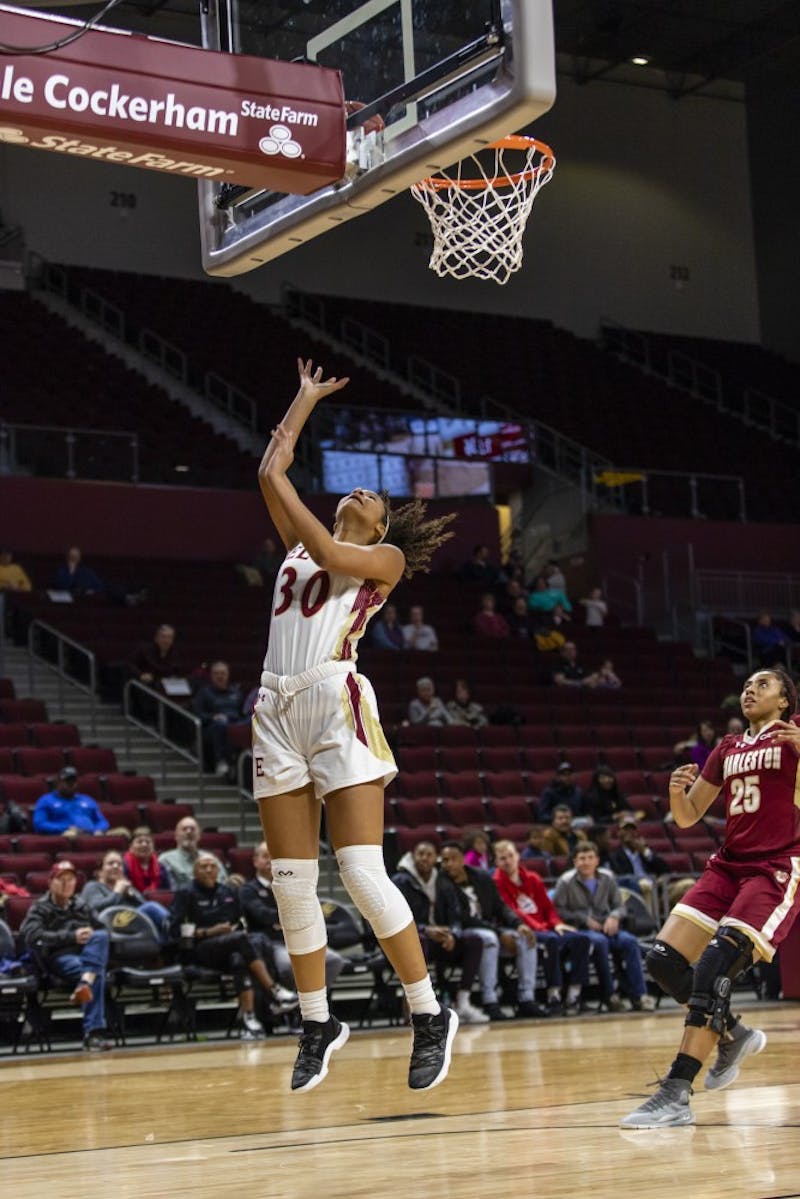 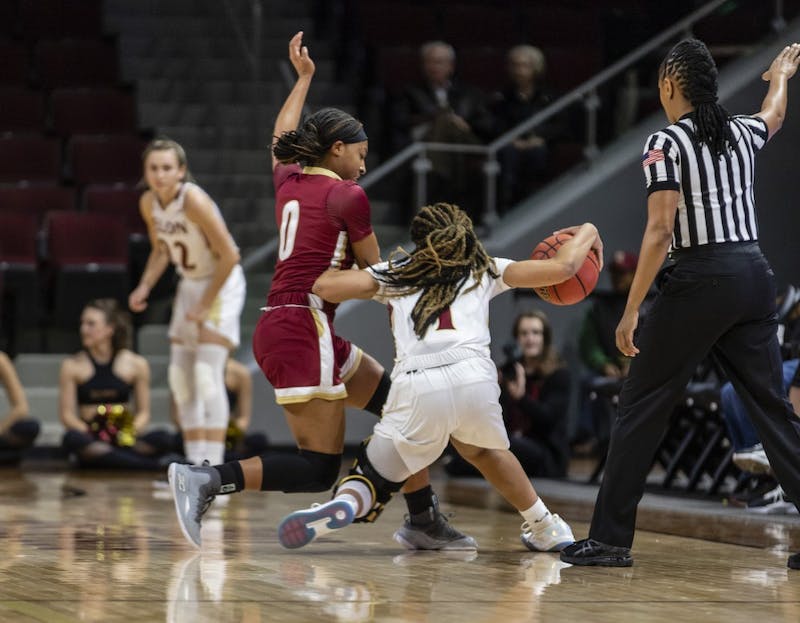 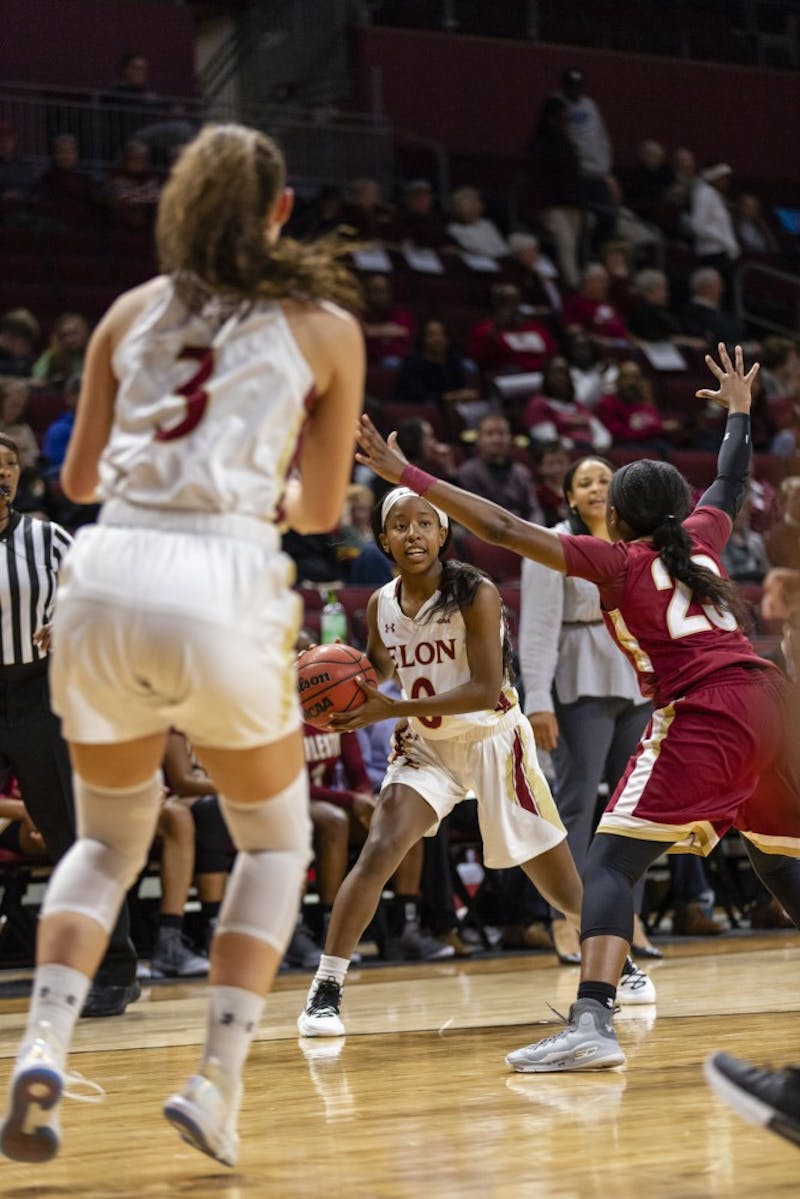 Inconsistent but dominating shooting allowed the Elon University women’s basketball team (7-7, 2-1) to pull away with a 76-68 win over the College of Charleston Cougars (4-9, 0-2) in Schar Center.

With a 50 percent shooting average, the Phoenix kept a comfortable lead over the Cougars.

Only twice during the entire game were the Cougars able to snag the lead from the Phoenix, both times being in the first quarter.

“We spent the whole week dissecting how to beat the zone,” said head coach Charlotte Smith. “We did a good job teaching them what to look for, and they did a good job finding those holes.”

Elon junior guard Lexi Mercer and sophomore forward Emily Maupin led the scoring for the Phoenix with 19 and 18 points respectively. However, both Mercer and Maupin were outscored by Cougar guard Deja Ford who had 22 points.

Ford’s high shooting percentage allowed the Cougars to claw their way back to a two-point difference at the end of the second quarter, but the Phoenix was quick to kill its feline foe’s momentum with a 12-0 run.

Despite dominating the score board, the Phoenix got a little careless during the second half. According to Smith, they had “a good start, but a sloppy ending.”

The last time the Phoenix played the Cougars was in February 2018, smacking the Cougars 97-44.

Smith and her team are hoping to build on this win during their fourth in-conference game this Sunday against the University of North Carolina of Wilmington Seahawks.