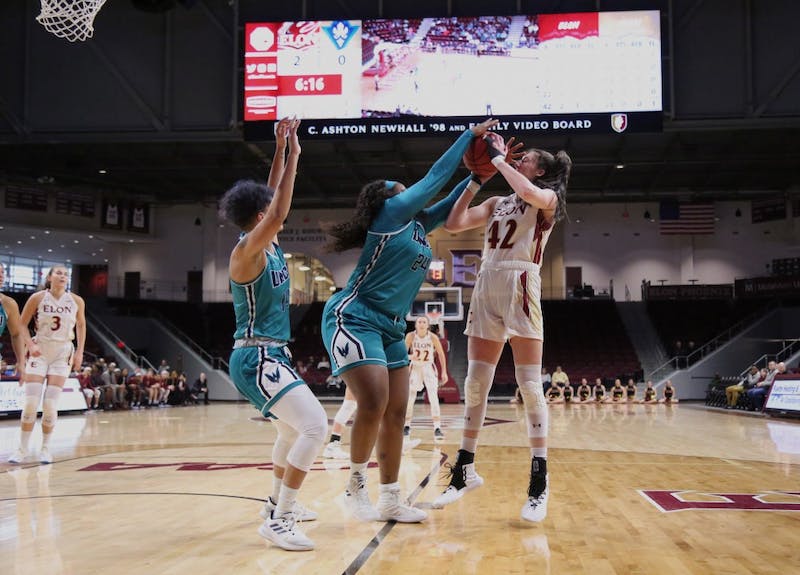 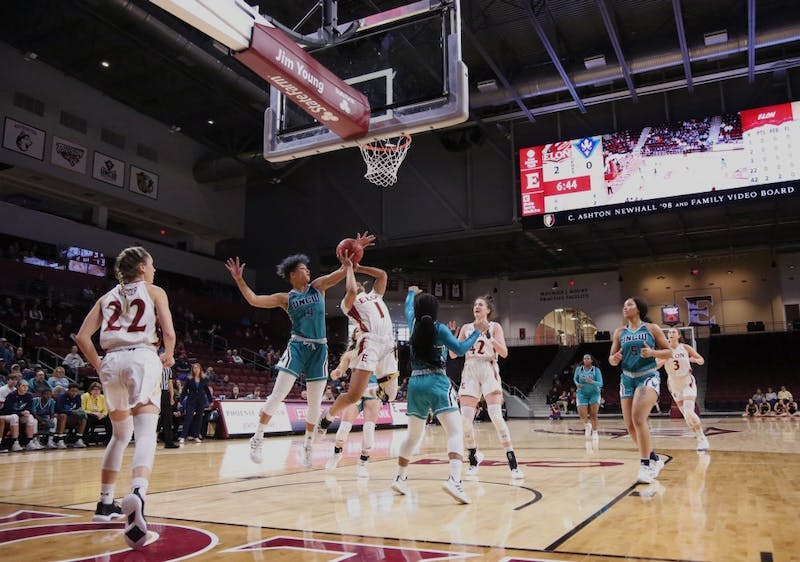 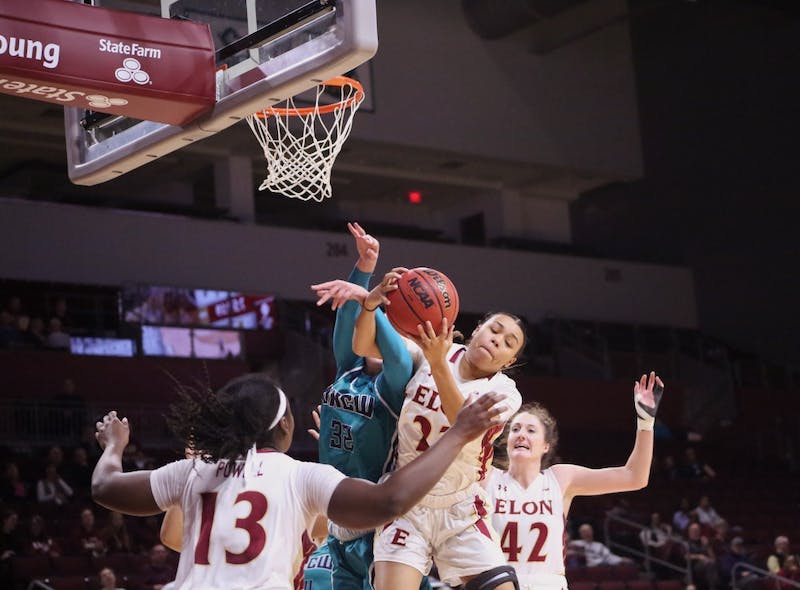 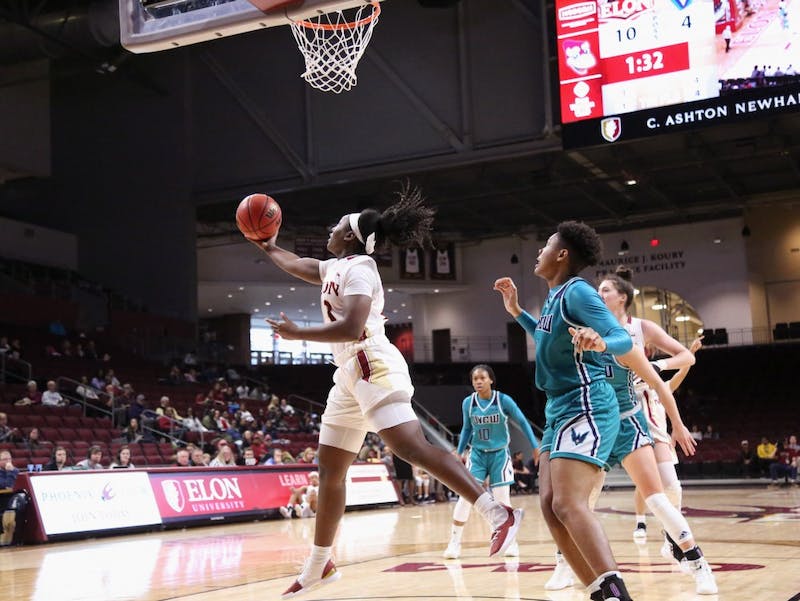 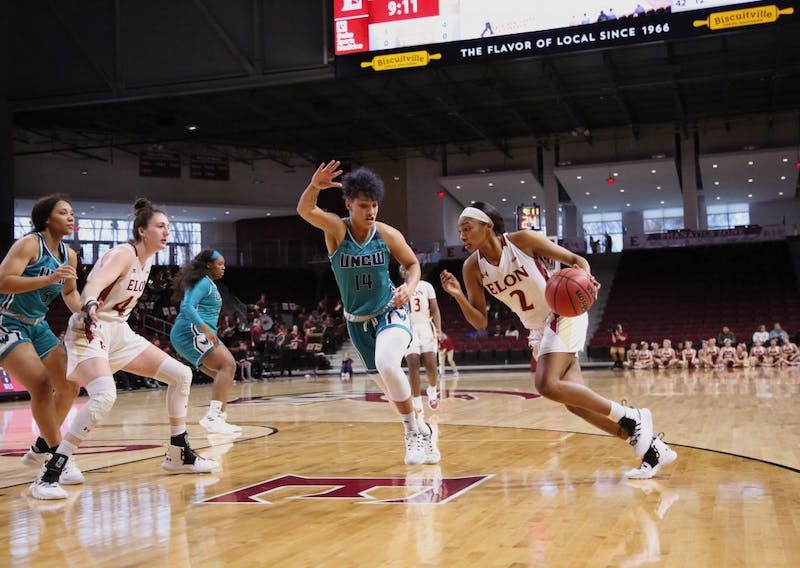 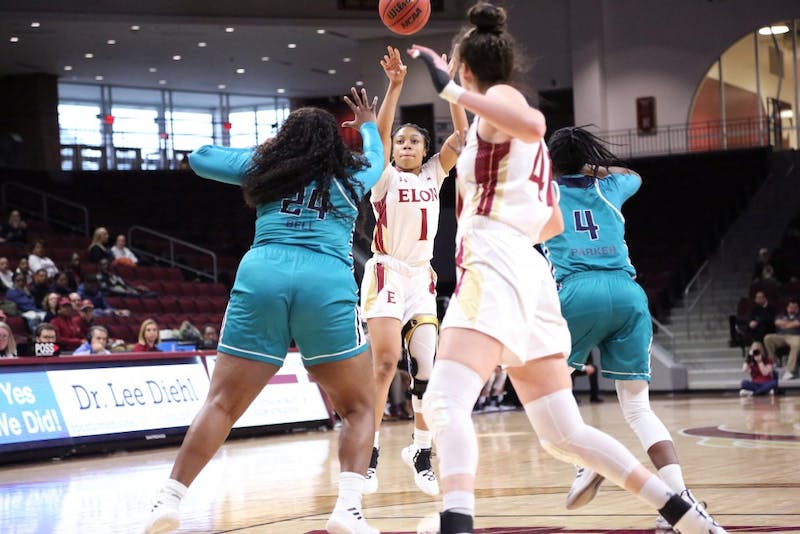 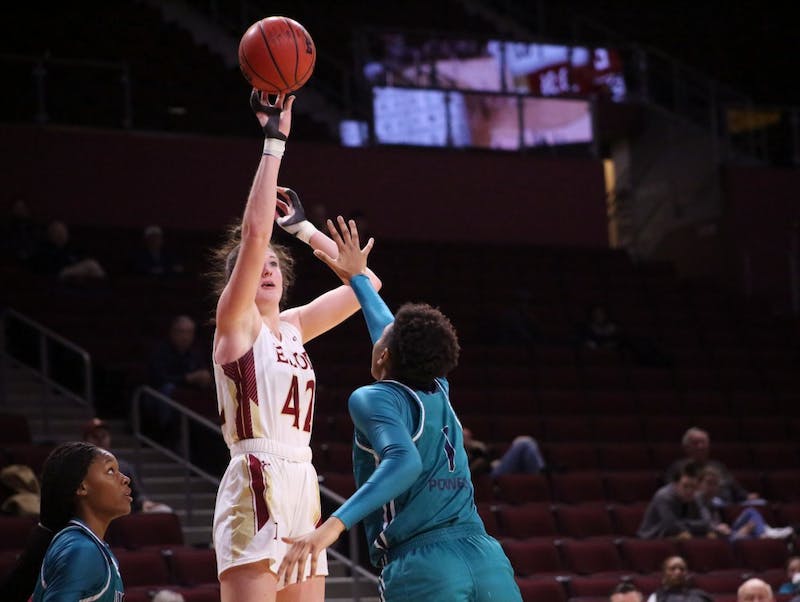 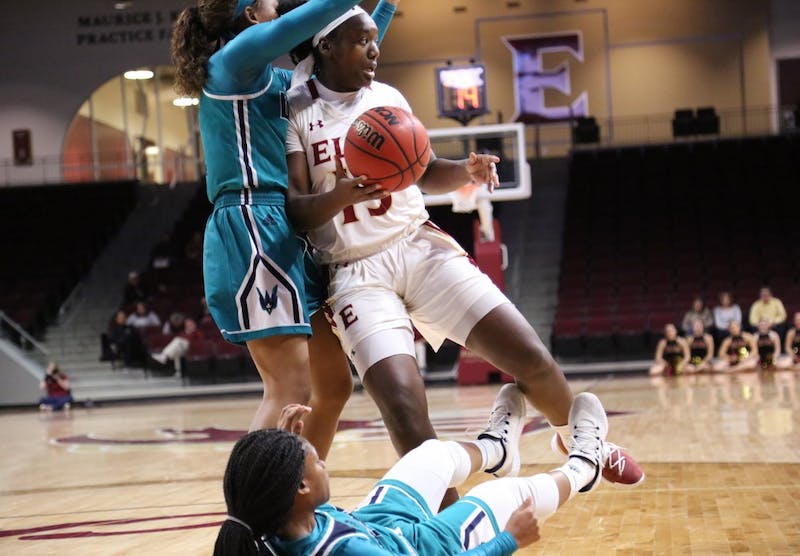 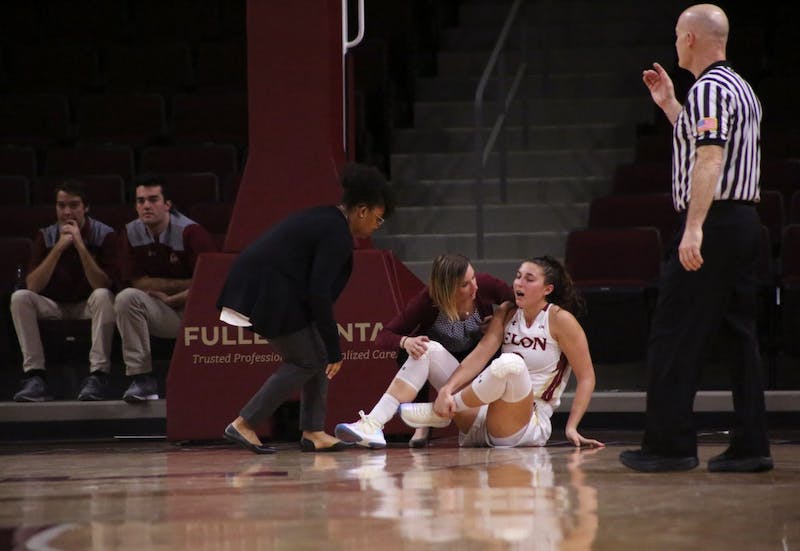 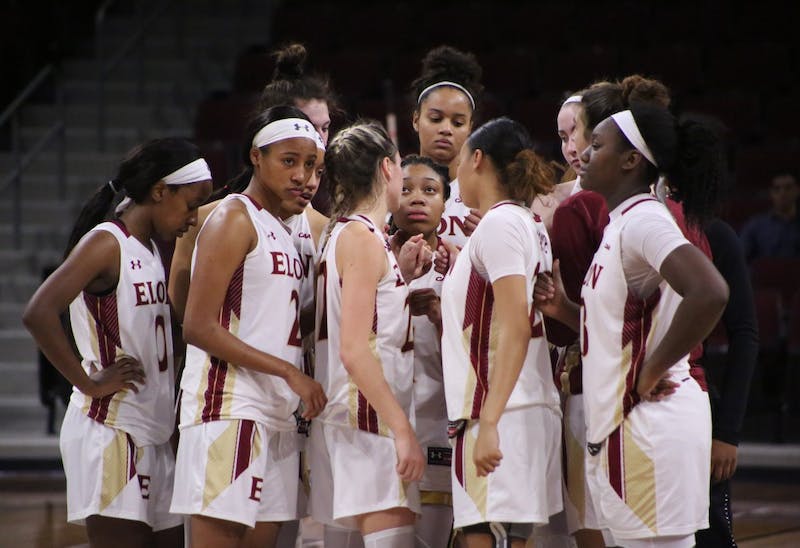 Moments from the women's basketball game between Elon University and the University of North Carolina Wilmington.

It seems that the Elon University women’s basketball team is just as prone to heartbreak as the men’s team is. The women, despite leading for three full quarters, fell in their last January home game to the University of North Carolina at Wilmington 75-70.

The Phoenix (7-8, 2-2 CAA) overcame a seven-point fourth quarter deficit to find itself with a chance to pull within one score with less than a minute to play. Junior guard Lexi Mercer cut to the top of the arc and launched a three. Though not the most open shot in the world, Mercer was able to bury the shot and pull Elon within a point, 71-70.

UNCW ran its possession to perfection on the next inbounds play. The Seahawks were able to drain the clock and get a shot off. Though that shot didn’t go, sophomore forward Paige Powell was able to follow the initial shot up with a tip-in to give the Seahawks a 73-70 lead and leave the Phoenix with less than five seconds to conduct their retaliation.

“We have a phenomenal offensive scoring team,” said head coach Charlotte Smith. “We’re scoring 70-plus points a game, so scoring is not our issue; it’s just the defense and rebounding, which is something we can easily fix.”

Mercer found herself with the ball again, but this time her heroic efforts would fall short, as the shot was no good, and UNCW walked away from Schar Center with a win.

“At the end of the day, it shouldn’t boil down to the last two possessions to try and get a win,” Mercer said.

Sophomore guard Emily Maupin was the star of the show for Elon. She ended with a career-high 26 points on 12-17 shooting from the floor.

“I was getting some good looks inside,” Maupin said. “I was just running our offense and getting some open opportunities.”

Maupin also recorded her third double-double of the year, collecting 11 rebounds and showing some active hands, coming away with four steals, all of which were in the first half.

Maupin was forced to play 36 of 40 minutes as fellow sophomore forward Anna Popovic went down midway though the second quarter. Popovic fell awkwardly on her left ankle and was helped off the floor, unable to put any weight on the injured ankle. The Loughborough, England, native returned to the bench in the second half wearing street clothes and using crutches.

“She’s definitely a defensive presence,” Maupin said of her fellow forward. “She does a lot of the little things that don’t show up on the stats sheet all the time.”

Maupin didn’t seem fazed about not getting rest. “You just have to get through it. I was just focused on trying to get a win; I wasn’t focused on being tired,” Maupin said.

Coach Smith did not have an update on the status of Popovic after the game but said she is going in for X-rays on Monday morning.

Elon started the game hot, ending the first quarter with an 11-point lead while holding the Seahawks to only two made field goals. Elon was sent to the line eight times in the first 10 minutes, converting on eight free throws to help blossom the lead.

But Elon was unable to stop junior guard Gigi Smith. Smith led the Seahawks in nearly every meaningful statistic. Over 33 minutes, Smith scored 22 points, scooped up eight rebounds and added four assists. Smith looked as though she was going to be a liability at the free throw line as she missed six of her first eight free throw attempts. However she helped bury the Phoenix, hitting four of her last five to close out Elon.

Elon will now travel north to the College of William and Mary (9-6, 2-2 CAA) to take on the Tribe. Smith and her team will look to take the positives out of a split weekend and get ready for another step in defending their CAA title.

“What it really boils down to is the blue-collar work,” Smith said. “Those are areas that we’ve got to improve to help us position ourselves to be where we were last year.”