After leading majority of game, Elon once again unable to seal the deal 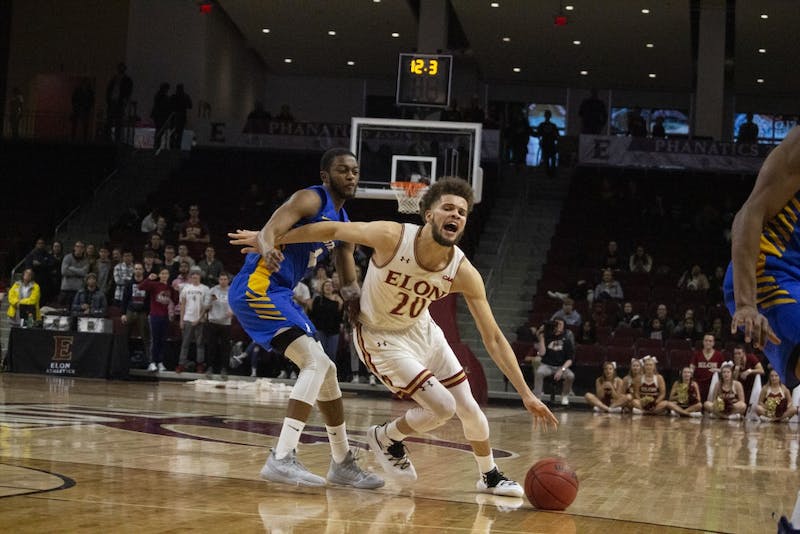 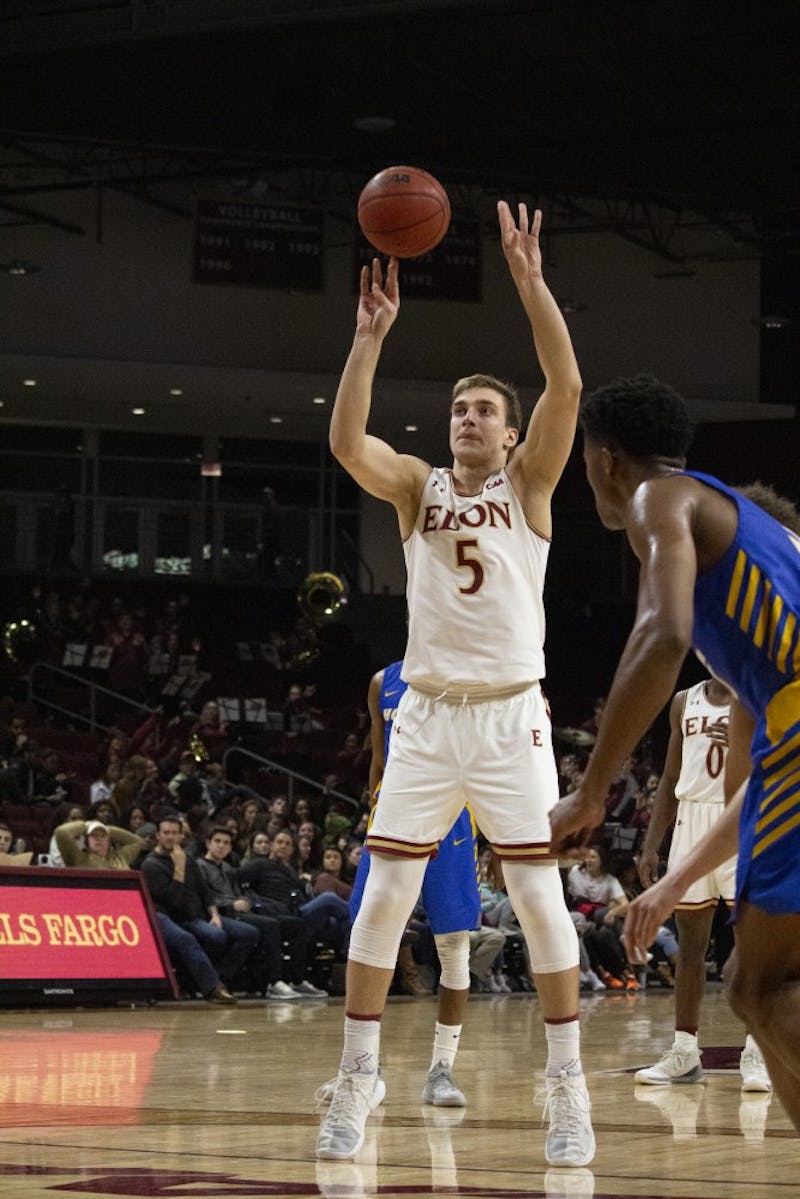 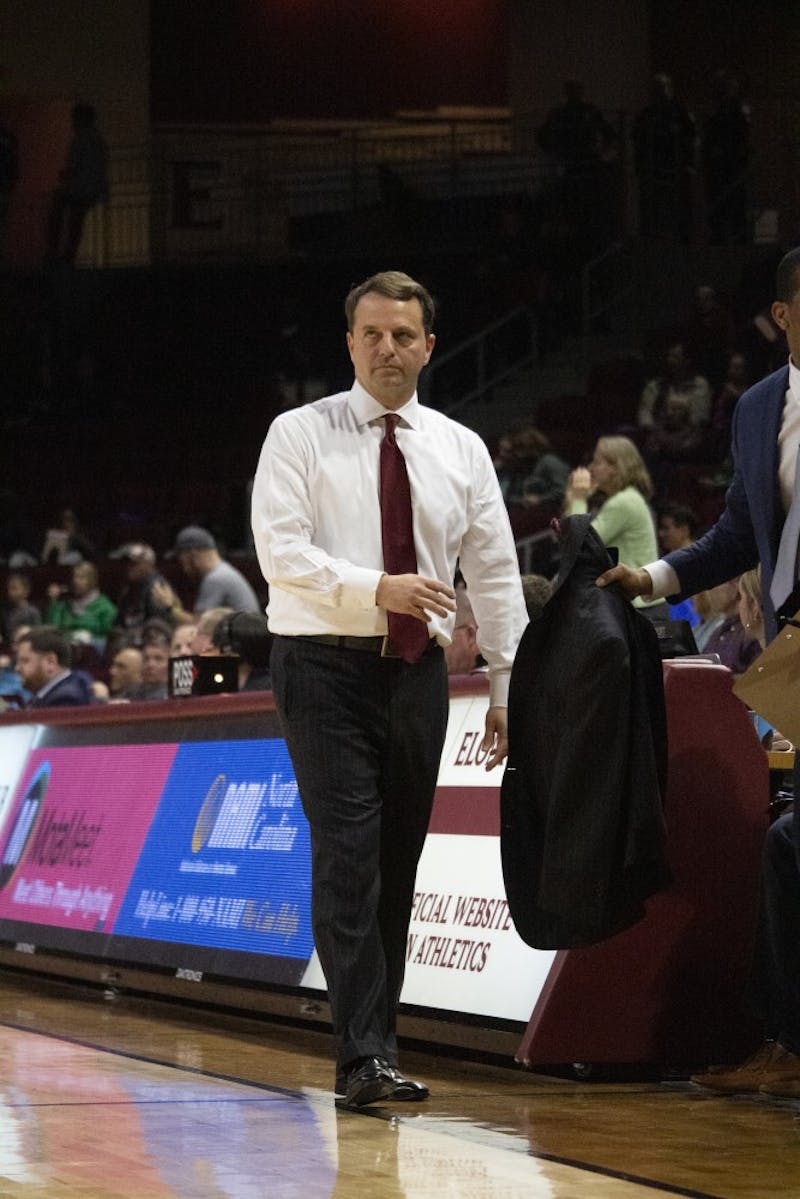 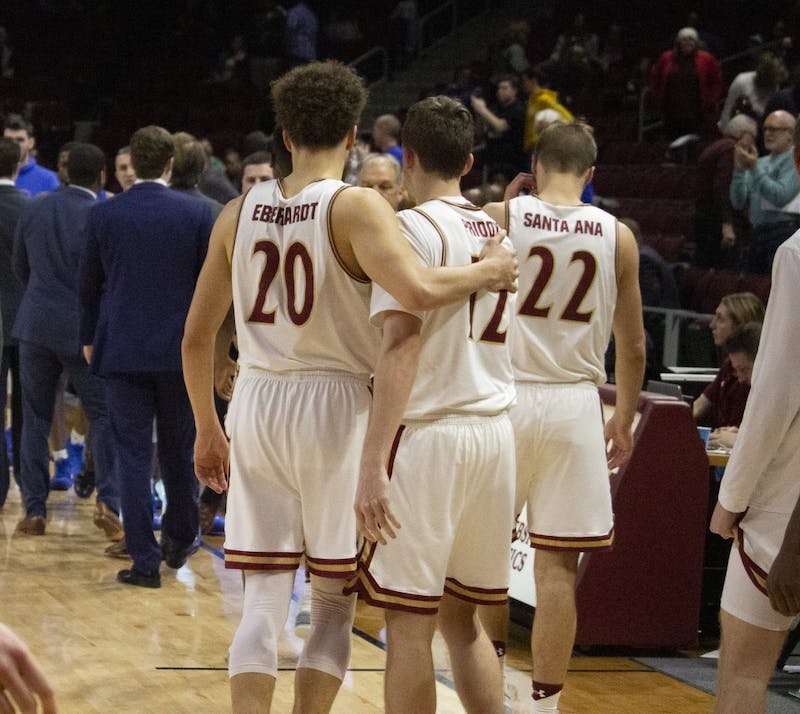 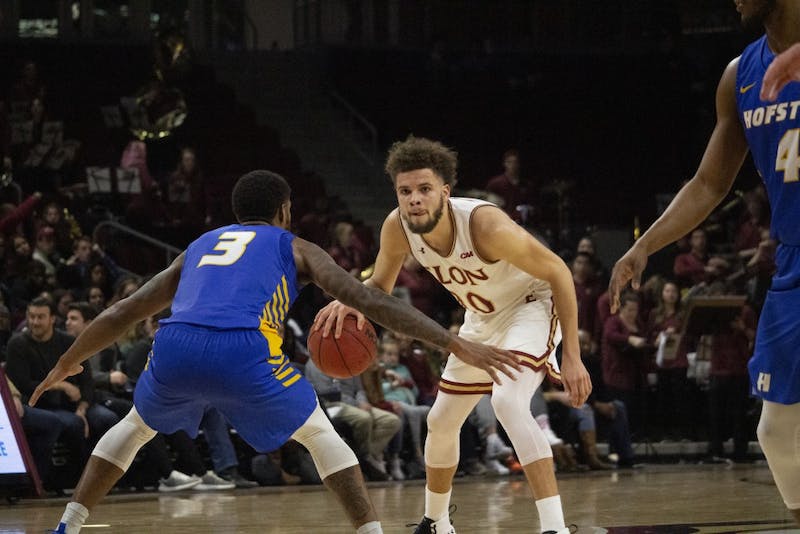 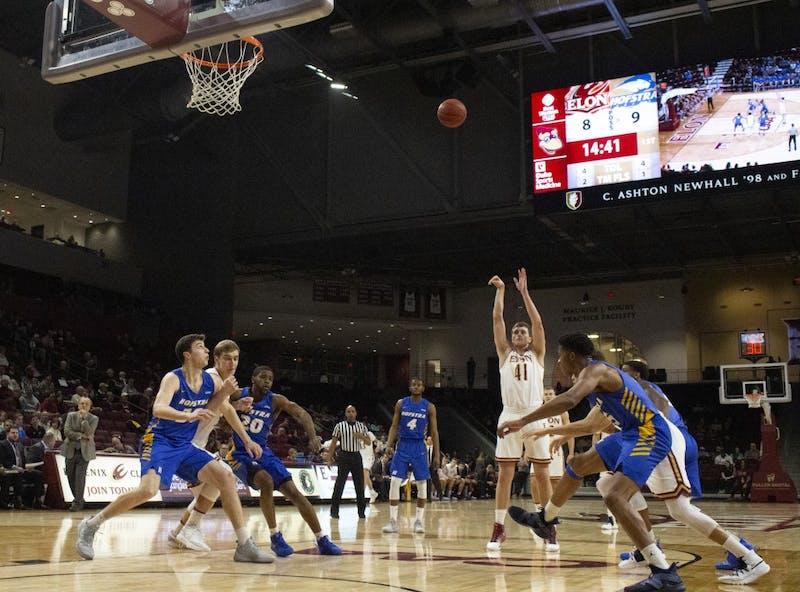 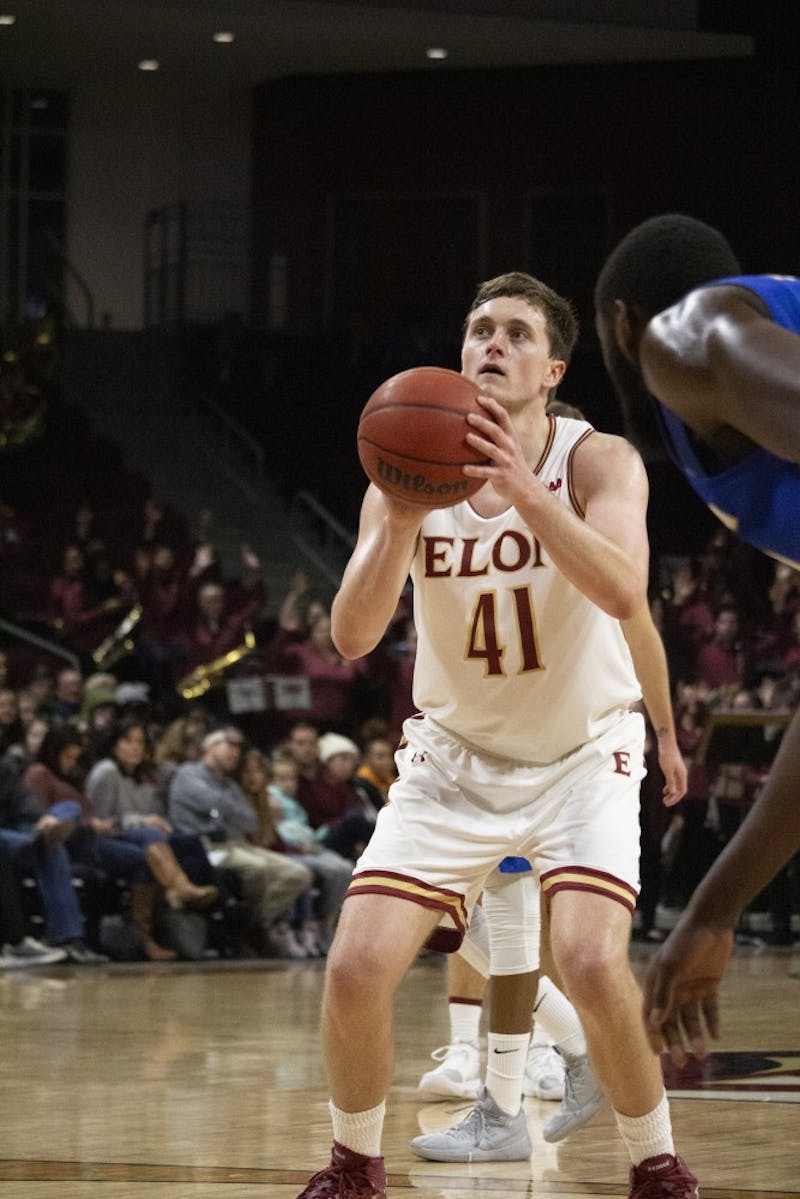 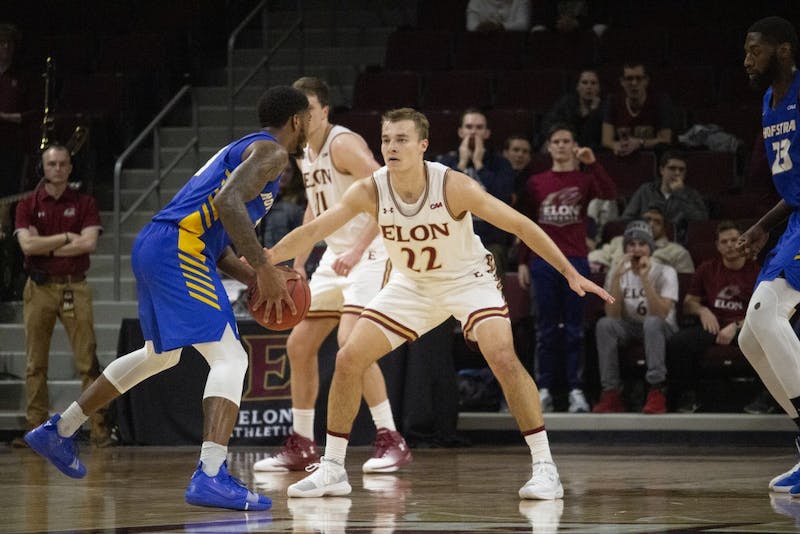 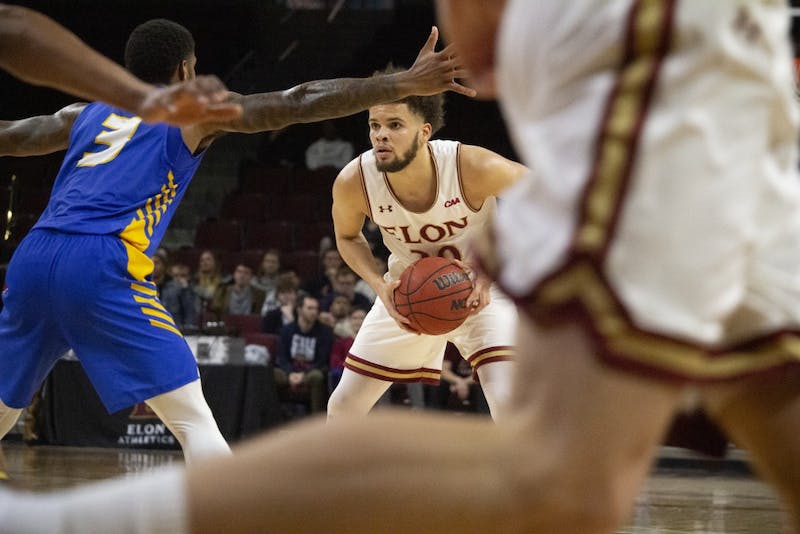 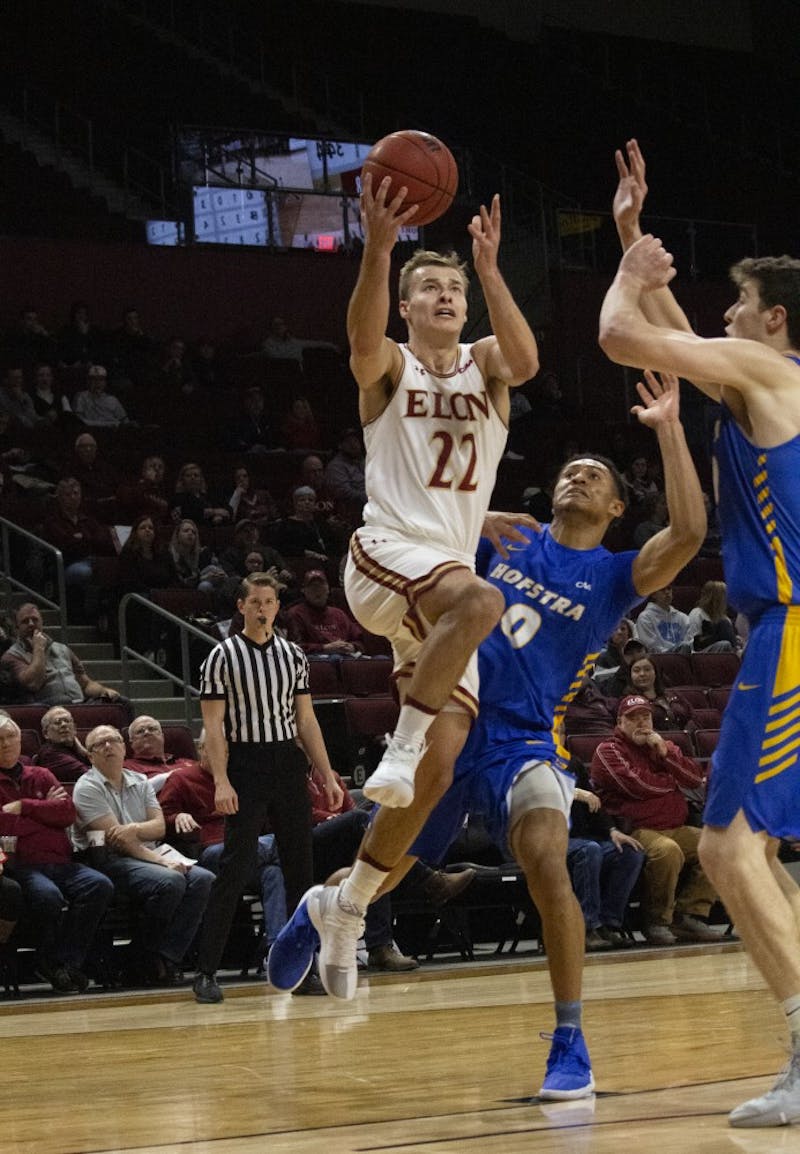 Another night, seemingly another heartbreak for Elon University men’s basketball — this time, at the hands of the Colonial Athletic Association (CAA) leading Hofstra University Pride (15-3, 5-0 CAA) 74-71.

After Elon lead for well over 10 minutes straight minutes at the end of the first half and the beginning of the second, Hofstra was able to tie the contest up with 10 minutes left to play, and then took the lead that they would hold for the rest of the game. Elon was held without a field goal for nearly seven minutes in the second half, relying on an 8-8 free throw shooting display during that time to keep itself afloat.

When Elon finally was able to shake off its funk, it slowly gnawed away at the Pride lead, getting back to within one score in the final seconds.

“Sheldon [Eberhardt] made a lot of huge plays down the stretch to keep us in there,” said senior forward Tyler Seibring.

On an inbounds play with less than 10 seconds left, Seibring found himself open from three with a chance to send the game into overtime, but he was denied by the front rim at the buzzer, sending Elon off in heartbreaking fashion for the second time in 48 hours.

“How did he get such a good look?” said Hofstra head coach Joe Mihalich. “We just missed a defensive assignment.” For the man behind the ball, that shot could have went as easily as it didn’t.

“It was something we drew up in the huddle there. … [Federico Poser] set a great screen,” Seibring said, “it worked great, we executed it well, and it just didn’t go.”

The Pride jumped all over Elon early with a 7-0 run in less than two minutes to open the game. It looked as though it was going to be over before it starts, but slowly Elon crept up and took the lead with four minutes and six seconds to go in the first half.

“After the start, … I thought we played as well in the first half as we have played in a while,” said 10th-year head coach Matt Matheny.

Elon found itself in the lead at halftime, 37-29 behind some great rebounding and finishing the quarter flushing four of its last five shots. Elon controlled the glass, outrebounding the Pride 20-9 in the first 20 minutes.

“I think unlike in previous games, we just brought full energy from the start. We were locked in, we knew what to do, we knew our game plan. I think guys were hungry today,” said senior guard Sheldon Eberhardt.

But Elon would not be as fortunate in the second half as the Pride regrouped on the glass and outrebounded the Phoenix 23-14 after halftime.

“[Elon] certainly out-played, out-coached in those first 20 minutes for sure, and a lot of those second 20 [minutes],” Mihalich said. “But our guys, … we finally got some stops and we’re proud to get this win.”

One point of emphasis for Elon was attempting to stifle Hofstra’s senior guard Justin Wright-Foreman. Wright-Foreman torched Elon last year, scoring 39 points in the team’s first meeting of the 2017-18. The third highest scorer per game in the country was held to 21 points in this game, a six-point drop-off from his average so far in CAA play.

“We didn’t have a specific goal,” Eberhardt said of preparing to guard Wright-Foreman. “We definitely wanted to make it tough for him today. We knew he was hot the past couple games, and he was probably going to be fired up and taking a lot of shots so we wanted to be able to make it tough on him tonight."

Elon now drops to 5-14 overall and 1-5 in conference play. Although this weekend proved to have some silver lining as it was able to keep up with two of the best teams in the CAA, that is not much consolation for Matheny’s squad.

“Even though we lost, I think we responded well if you just compare it with other games. We were still in it until the end,” Eberhardt said.

This is now Elon’s ninth loss in its last 11 games. While this tough stretch has tested the team, Seibring feels that it is on the verge of turning the corner.

“I think the tide will turn soon, I’m proud of our efforts,” Seibring said.

It will be regrouping time for Elon once again come Monday as the team prepares for its next opponent on the road, the College of William and Mary (7-11, 3-3 CAA), on Saturday. The team will get a slightly extended time off as the team does not have to play a Thursday game, as is customary in conference play.